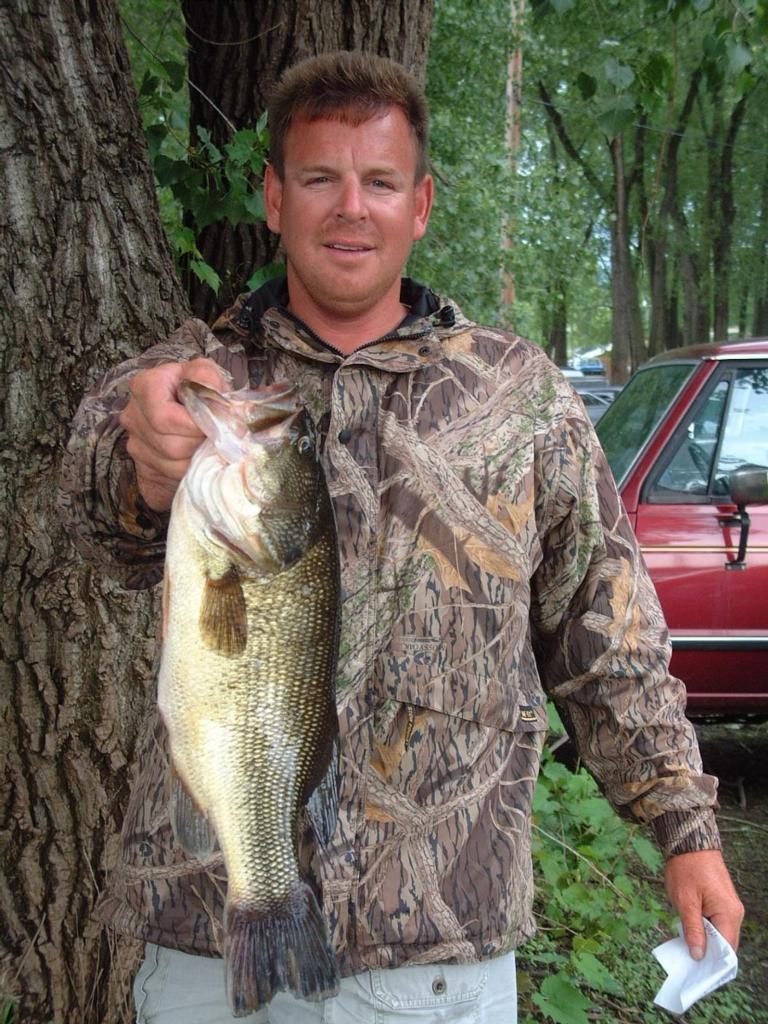 The EverStart Series headed northward this month. This northern migration could worry some of the southern-born tournament participants. Crossing the Mason-Dixon Line can be a dramatic change for many. The lakes are different, the local bass fishing terminology is alien and the bass – well – they’re different too.

Every angler recants the old adage that “a bass is a bass.” While that is a true statement – a largemouth bass is a largemouth bass no matter where it lives – the Northern bass have a different lifestyle than their Southern cousins. Years of living in colder climates have altered the habits of the Northern fish. They have learned to adapt to their harsh environment and to compete against more efficient predators.

Before one can fish in the North, the visiting angler must learn some of the local fishing jargon and bass customs. The following information will help you feel more comfortable in Northern waters.

If you ask a Yankee about “grass” he will probably think about that green stuff he forgot to mow around the house. Southern fishermen have a different idea. “Grass” is the common reference given to aquatic vegetation. Northern casters simply call the watery vegetation “weeds.”

Once you have the distinction between grass and weeds, your next question should be about the weed-type. Northern lakes often have a unique mixture of lily pads, milfoil, coontail and cabbage. Hydrilla, water hyacinth and other neo-tropic aquatic weeds cannot survive the cold winters and do not infest the Northern waterways. That being said, many Northern waters are teeming with green stuff. And each weed type offers bass a different habitat.

Lily pads indicate shallow water. They rarely grow in areas deeper than four or five feet. Most stay in two to three feet of water. The pads typically harbor many small bass and the occasional big brut. But if you are looking for a quick limit, lily pads are the place to start.

Milfoil is a common nuisance plant around the country. In the North, the milfoil often forms large beds that grow from the shallows out to 15 feet deep or more depending on water clarity. Most lakes with milfoil have distinct inside and outside weed edges. Fish both. The inside weed edges attract bigger bass in the morning and during low-light situations. As the sun rises, the bass migrate out to the deeper milfoil edges.

Between the inside and outside weed edge, the milfoil can grow to form dense mats on the surface. These mats are the perfect place to cast “rat” type lures, which have accounted for many tournament wins in recent years.

Coontail, as the name implies, is a furry-looking submerged plant that grows out in deeper water from six to 15 feet. Where prevalent, the coontail forms dense carpets across the bottom, leaving the angler little definable fishing locations. One of the hottest tactics is to flip jigs, tubes and worms into the small open pockets in the coontail beds. You may have to flip a bunch of holes in order catch a bass, but that fish is often worth the effort.

Finally, cabbage is another submerged aquatic plant. It has broad leaf-like appendages that shade the bottom. Smallmouth bass have a special affinity to cabbage, which grows in water three to 10 feet deep. Cabbage is not a widespread plant. You will have to search it out or get local information on the cabbage bed locations. Flipping jigs and tube lures in the cabbage or slow-rolling spinnerbaits around the cabbage patch edges should extract the Northern bass.

Bass living in clear water are often spooky. That edginess forces anglers to make longer casts. It also allows the bass to feed more on sight than smell and vibration. Thus, topwater lures and soft-plastic jerkbaits often fill creels in these clear-water situations. One common mistake anglers make when visiting clear water is thinking that the bass go deep. While that is true of some bass, don’t let the rule of thumb cloud your thinking. Quite often the big bass live in the skinny water around weeds and docks.

Rain can create some problems to these clear lakes. Muddy runoff will usually shut the fish off. In the Southern regions, rain means rising water on the larger dammed rivers. The bass head for the flooded bushes to chase shad and other baitfish. Northern bass are not so mobile. Some fish will move up shallower when the water rises, but many snuggle up near some piece of structure and wait for the storm water to subside. Flipping rattling-type baits, like tube lures and jigs, is a good bet in the muddied Northern waters.

Throughout the South, the largemouth bass and their kin are the top predators in most aquatic systems. Sometimes hybrid striped bass interfere with the largemouth bass, but the two fish usually keep to their own distinct habitats. Northern bass are not so lucky. They must share their home with walleye, trout, chain pickerel and the dreaded northern pike.

Walleye tend to hold near the deeper rocky reefs and humps. They will feed on the same prey items as the bass. But by and large, the walleye and bass tend to peacefully co-exist. Likewise, trout and salmon are more open-water fish. With the exception of early spring, the trout stay clear of the shallow areas where the bass live. The same cannot be said of the pickerel and pike. Few fish frustrate bass anglers as effectively as the “P” fish. Visiting anglers often get the perception that there are more pike and pickerel in Northern lakes than bass. This opinion comes from the fact that the two toothy critters are aggressive feeders and often easier to catch. Anglers fishing some of the extreme Northern lakes, especially those in the Canadian Shield Waters, will find pike all over the place. This does not mean bass are scarce. It just means that your pike pattern is a bit more developed than your bass pattern.

You can still catch a lot of bass during a good pike bite. However, you will have to change tactics. Usually it means that you have to go deeper or shallower. Many skilled Northern anglers recommend that anglers fishing in pike waters should watch their line religiously.

Pike and pickerel tend to suspend in the middle of the water column on the outside weed edges. The bass are forced to rest near the bottom to avoid competition with the “P” fish. When you get a bite it is important to know how the fish took the lure before you set the hook. Pike and pickerel often hit your lure as it falls along the outer weed line. Bass tend to pick your offering up off the bottom. If you are experiencing this feeding behavior, don’t set the hook until after the lure has come to a complete stop on the bottom.

Another way to avoid northern pike is to fish shallower weed beds. In the summer months, large northern pike rarely inhabit shallow bays and weed flats. The pike prefer the deep cooling waters on the outer weed edges and off points. Largemouth bass, on the other hand, avoid the dietary overlap with the pike by seeking their prey along the inside weed edges. In this situation, you can catch largemouth bass in the shallows almost all day long.

Smallmouth bass mandate a slight change in your fishing tackle. These fish, especially those living in the clear, deep-water lakes, have a tendency to swim full speed toward the surface before making spectacular leaps. In order to keep up with the smallmouth bass, you need to crank as fast as you can. And even then, you might not be able to keep up with the bass or set the hook. The solution is to use high-speed reels. Anglers accustomed to using slower gear ratio reels must learn to adjust their retrieve speed to compensate for the faster reel.

The North often gets a bad rap because of the bigger cities. People living in the cities commonly have hectic lives and operate at a faster pace. This pace often gives the illusion that Northerners are not friendly. But Northern hospitality can be as good as the famed Southern hospitality. People living around the tournament lakes are usually quite friendly and welcome visitors. Besides, we all have a common interest. We are there for the bass.

Frank McKane Jr. resides in Oxford, Conn., and has fished both sides of the Mason-Dixon Line. He is a nationally known author who published more than 4,000 magazine and newspaper articles during his 12-year career. He caught his first fish at 6 months of age and bagged his first deer age 12. In between and since those times, he studied the ways of the outdoorsmen. After graduating college as an environmental chemist, he combined his love for the outdoors and schooling to dedicate his life to protecting the environmental and sportsmen’s rights, and promoting the outdoors sports to children and other budding sportspeople.