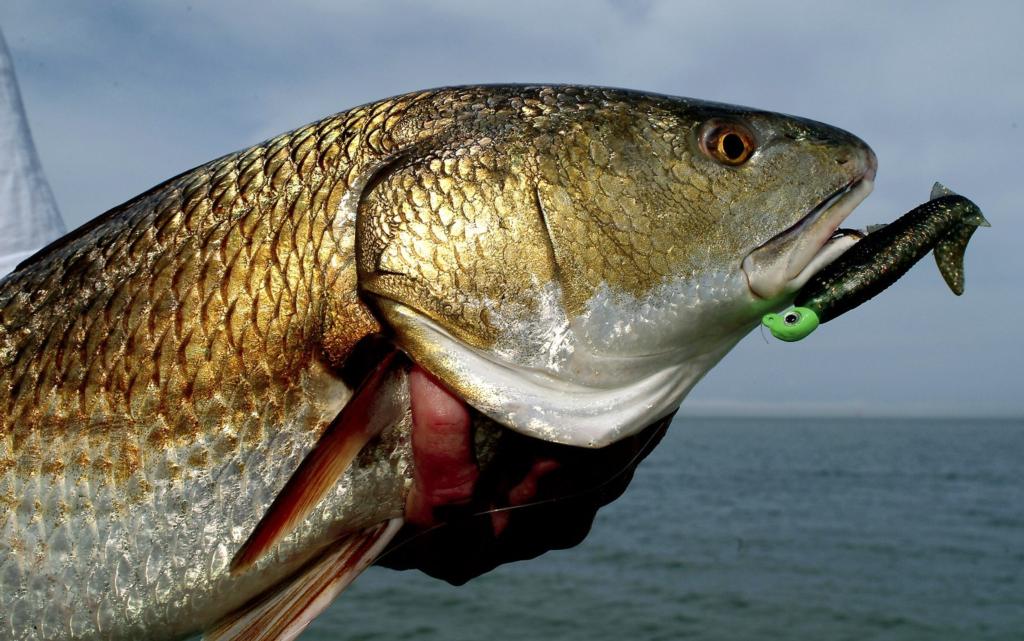 St. Petersburg, Fla., resident and Ranger pro C.A. Richardson has learned the secret to success on the Wal-Mart FLW Redfish Series is being able to adapt.

“We fish under such a wide range of conditions,” Richardson said. “In the summer, the water on the flats can be close to 90 degrees, but in the winter, that same water temperature will drop down into the mid-50s.”

Richardson, like most other professional anglers, has a tackle box full of tricks when it comes to fishing the extremes.

In the summer, the key is catching the fish early, before the sun has a chance to get the water boiling. But in the winter, when a strong cold front can drop the water temperature 5 degrees overnight, a successful angler must have a plan.

When it comes to sport fish, the red drum has one of the most extensive ranges of any species in the United States. Anglers from the Northeast to Key West target these tackle-busters in Atlantic waters. In the Gulf of Mexico, redfish are one of the most sought-after recreational species.

While the tactics of surf-casters in the Carolinas may differ from those of flats fishermen in the Gulf, a red drum’s behavioral patterns do not.

“I think the most important thing to remember when you are fishing cold water is to just slow down,” Richardson said.

During the winter in Florida, where Richardson and partner Ray Van Horn of Tarpon Springs, Fla., fish many of their tournaments, the anglers often abandon their “first light, first bite” battle plan. 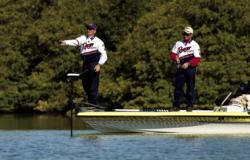 “Sometimes it pays to wait until later in the day,” Richardson said. “All it takes are a few hours of sunshine to raise the water temperature a few degrees. On a cool day, it might be better to head out after lunch, to give the water a chance to heat up.”

Redfish are not great long-distance travelers like some other fish, such as cobia. Redfish don’t venture far from the waters in which they were born, and as a result, these terrain-savvy predators know every oyster bar, drop-off and grass bed in their home range.

A successful angler will pay attention to topography and learn to use it to his advantage.

“For example, when the wind is blowing hard out of the north, finding feeding reds might be as simple as just fishing the leeward side of an island,” Richardson said. “The water will be a little warmer out of the wind, and that might make all the difference in the world.”

Geoffrey Page, a Venice, Fla., angler who also competes on the FLW Redfish Series, looks forward to the late fall and winter because the low water temperature will often concentrate redfish.

Page said a good working knowledge of local tidal conditions is usually the difference in success and failure.

“In the winter, we get those extreme, negative low tides,” he said. “When the water drains off the flat like that, fish will concentrate in those back bays and estuaries.”

The downside is that it usually takes local knowledge, especially of the bottom topography, to discover where redfish will “hole” up.

“One way to find out is to look for wading birds,” Page said. “I don’t mean one or two birds, either. When you come across 30 or 40 birds all feeding on a flat, then you know there is ample bait. Where there’s bait, there will be redfish.”

“Finding any bit of warmth will help the fish,” he said. “It just may be a few degrees of temperature change, but it will be enough to hold fish.”

“Cold wind blowing across the water will drop the temperature,” Page said. “That is why I like to find back bays and estuaries that are out of the wind. It not only makes it more desirable for redfish but also for the bait they feed on.”

Pro Tom Austin of St. Petersburg has been fishing Florida’s Gulf Coast for most of his life. He shares Page’s enthusiasm for fishing mud flats during the winter months but added that anglers should also be conscious of water depth.

“A shallow area that has been hit by the sun all morning will heat up faster than a deep area,” he said. “The fish might not be biting in the morning. By that afternoon, however, the water has heated up, and fish begin to feed.”

Austin said coldwater reds are often finicky feeders. “Sometimes it takes a little work to trigger the bite,” he said. “As a general rule, I think the most important thing is to slow down your retrieve.”

Richardson agrees. “If it is really cold, we won’t even move the baits at all,” he said. “We call it dead-sticking. You just drop it in a hole and let it sit.”

Leiza Fitzgerald, one of the few female anglers on the pro circuit, not only slows down the action of her lure, but also downsizes her tackle.

“I’ll use a 1/16-ounce jighead so I can really fish those shallow flats,” she said. “I wait as late in the day as possible, when the fish have really warmed up. That makes all the difference in the world.”

But don’t abandon all your warm-water tactics. Redfish still crave structure – be it an oyster bar or the edge of a channel – even when the water is cool.

“Those areas are like fish highways,” Leiza said. “They may move up on a warm flat to feed, but they still have to have deep water somewhere nearby in case they need to get out in a hurry. You can’t miss fishing the trough.”

So when the temperature drops, don’t be deterred. Fish the potholes, especially at low tide. Look for dark bottom; it will hold the heat. Any break from the wind, like a dock or an island, will help concentrate fish.