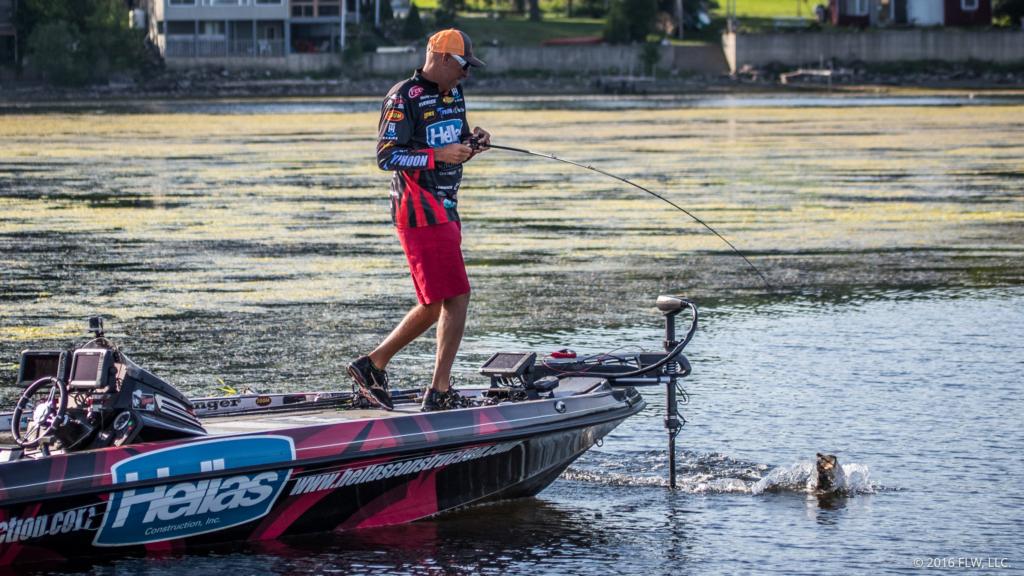 Wesley Strader is one of the best when it comes to picking apart shallow cover. While a lot of people love fishing shallow, not many do it as well as Strader, and he’s parlayed that talent (along with plenty of versatility) into an impressive fishing career.

Strader shares some of his go-to baits and theories behind bait selection and application for pitching shallow cover. 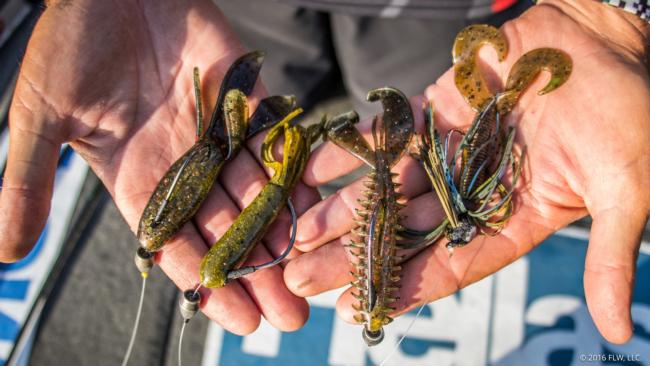 Strader flips and pitches up shallow almost all year, but he mixes up his arsenal depending on the season.

“A Zoom Z-Hog, a Z Craw, Salty Super Tube and a jig are the baits I usually pitch shallow. I don’t vary much, and I just try to keep it simple,” he says. “Those are four baits that in my book are proven and tested and tried and true.

“Early in the year, I’m gonna be fishing a jig more than soft plastics,” Strader adds. “I’ll fish a 3/8- or a 1/2-ounce jig around rocky stuff. As it gets toward the spawn I’m gonna start targeting more wood and bushes, and that’s when I switch mostly to a Z-Hog.”

After the spawn, Strader switches to the Z Craw to better tempt bass that are hanging around up shallow feeding or guarding fry. As the bulk of the bass shift from guarding to feeding, Strader says that he’ll often ditch the Z Craw in favor of a 1/2-ounce or a 5/8-ounce jig with a Zoom Fat Albert Twin Tail trailer to swim and flip around bream beds.

“As it gets on into summer it depends on if I’m fishing in the main river or back in pockets. If I’m fishing on the main river I’ll go to a 3/4-ounce jig with a Zoom Big Salty Chunk or Super Chunk, and I’ll vary it from one to the other and find which one they prefer the best. If I’m fishing back in the creeks in the summertime I’m almost 100 percent flipping a tube, either a 3 3/4- or 4 1/4-inch Salty Super Tube. I only flip two colors on the tube – either black or green pumpkin – and I’ll just vary that depending on the water color.”

Once the fall comes around, Strader says he switches back to his spring arsenal – a jig or a Z-Hog. 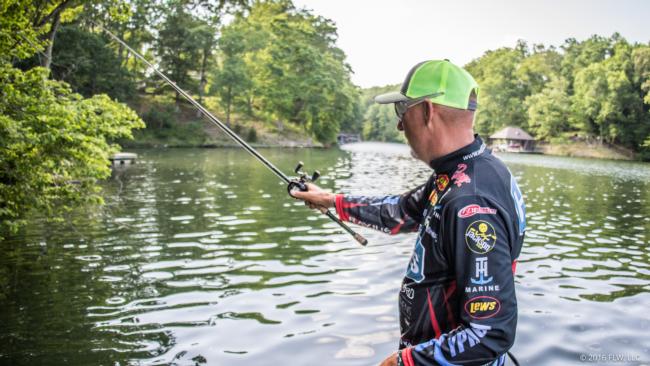 Bait choice is important, but it isn’t the only aspect to consider when you’re looking to maximize a pitching and flipping bite.

“Rate of fall is important. A lot of times you can be fishing a 1/2-ounce jig and you’re catching a lot of fish, but they might only be 2-pounders,” says Strader. “I had it happen to me in the Costa FLW Series Championship on Wheeler in 2014. The second day I went back in the creek and caught a limit fairly quickly. A light bulb went off in my head, and I went to a heavier jig and ended up triggering those bigger fish into biting. Sometimes those bigger ones want it falling faster. I think Scott Canterbury went over it very well when he won on Beaver Lake.”

Watching the rate of fall can be key, but it’s not the only consideration. Strader is adamant that occasionally hopping or swimming the bait instead of just relying on the fall to trigger a bite is important. We all know that letting the fish tell you what they want is important, and the ability to sense the need to change and provide the options is important even when you’re primarily after a reaction strike. 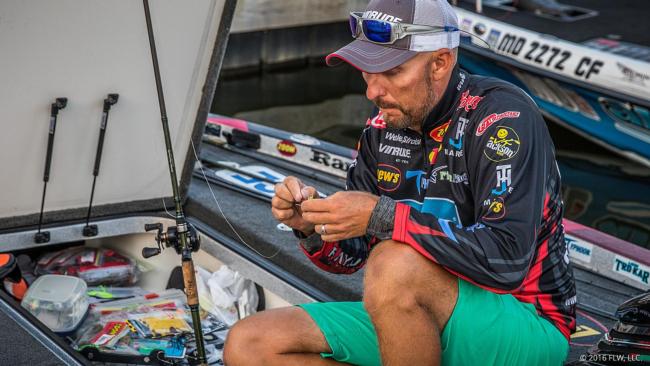 If you look at Strader’s front deck on any given tournament day, you’ll see an assortment of combos that all pretty much look the same. It’s not just coincidence.

“I keep it simple for tackle. I like throwing my soft plastics on a 765 7-foot, 6-inch, mag medium-heavy Powell Max 3D and my jigs on a 795, which is a 7-9, mag medium-heavy rod,” says Strader. “For some reason I’ve gotten used to throwing that little bit shorter rod with my soft plastics. Mostly I use 20-pound-test Gamma Edge fluorocarbon, but every once in a while I’ll go to 16-pound test, mostly in the spring, because a 3/8-ounce jig just doesn’t fall very well on 20-pound test.”

On the rigging side of things, Strader says he always uses a bobber stop as a peg when pitching Texas rigs, but he usually leaves just a little bit of slack in it so the weight can move a bit. He exclusively ties a snell knot, and fishes most plastics on a 3/0, 4/0 or 5/0 Trokar TK 130 Flippin’ Hook. He uses a 5/0 Tube Hook for the tube. For weight, he says a 3/8-ounce Reins Tungsten bullet sinker is almost always his starting point.