How the Texas pro maximizes the potential of pad fields 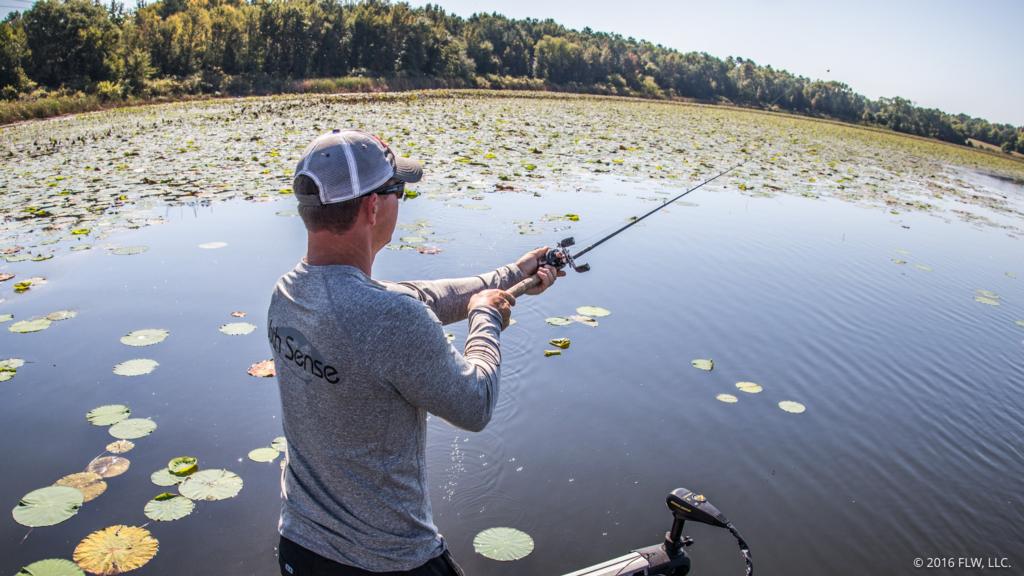 Everyone knows that lily pads look great and often hold bass, but picking apart a pad field with a high degree of efficiency can be a tough task. Growing up fishing in Texas, Jeff Sprague has caught plenty of bass out of pads in his lifetime and loves to fish them, both on derby day and for fun. If you want to catch more out of the pads or just learn how to approach them, the following tips should serve you well. 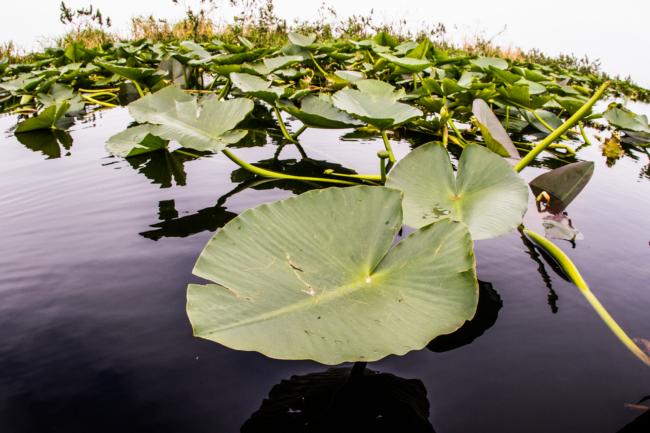 No two pad fields are the same, and Sprague says that being able to identify the subtle differences between fields and within fields is key to more success.

“Inshore fishing like that is a lot like offshore fishing; fish like to be in those certain places more than others at certain times,” says Sprague. “You may have to fish all the areas to find out what the key area or pattern is, but you’ve got to watch, listen and spend a little time in an area.”

Being observant is key to identifying sweet spots. Just driving by the pads usually doesn’t cut it.

“I like to find pads that grow in bunches. Then there will be some open spots that aren’t completely matted between the bunches. They give fish ambush points to feed that aren’t covered up,” says Sprague. “Another thing to look for is an area that may be a little bit deeper or a little bit shallower, even though all the pads look the same. Or, there may be a hole in the pads with a rock place or something that doesn’t allow the pads to grow.” 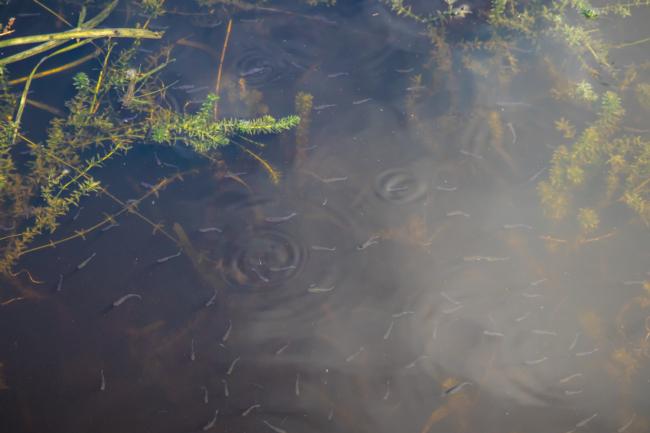 2. Watch for the forage

Part of the process of homing in on the best pads on any given day is finding the most active sections. Fields with lots of bait moving have hungry bass nearby more often than not.

“A lot of times when you start fishing into a pad field you’ll take your time and fish slow and listen and watch the pads,” says Sprague. “If you’re lucky, the pads will move from baitfish under them, you’ll hear the clicks of the bream and you’ll see the shad flicker.”

The bait in the pads clues Sprague into the presence of bass and gives him an idea of what to throw.

“A lot of times you can look at an area and find out what they’re foraging on,” says Sprague. “If you see those bream you know you’ll probably be able to catch them pitching a jig, and if you see shad, you could swim a jig through there.”

Eyeing up the insects around can even be important. If there are a lot of mayflies or some other bug emerging that could be a clue to come back later, even if the bass aren’t there at the moment. They might show up eventually, either to eat the flies or eat bream that forage on the flies. Catching or spotting frogs can help, too, as Sprague likes to match the belly of his hollow topwater frog to the locals if possible.

“It’s key to go through a pad field stealthily,” says Sprague. “If you go ripping through you’ll move the fish off their natural ambush points, and that’s when you have a hard time catching them.”

Staying on the outside and casting in is ideal. If he has to go into the field, Sprague likes to pick a deliberate path where he won’t chop up too much of the vegetation on his way through it. Though he doesn’t go so far as to employ a push pole, it could be worth considering in some situations.

4. Don’t be afraid of finesse

“Everybody is sold on fishing for bass in pads with 65-pound-test braid and cranking them out hard and heavy,” says Sprague. “There are way more fish in those pads that won’t eat a big bait on braid. A lot of times I’ll flip 15- or 12-pound-test flouro to get those bites that other people don’t get and then go in and get those fish.”

Sprague points to Jason Meninger’s success on the south end of Champlain in the 2016 FLW Tour event as an example of when downsizing works. Meninger used the strategy on a section of the lake known for power techniques to catch more than 73 pounds in four days to finish second.

Downsizing might result in a lost fish, but Sprague says that in the big picture that’s OK.

“If you hadn’t gotten the bite you would never have lost him in the first place,” says Sprague. “If you hook two or three and get one or two of them in then it’s worth it.” 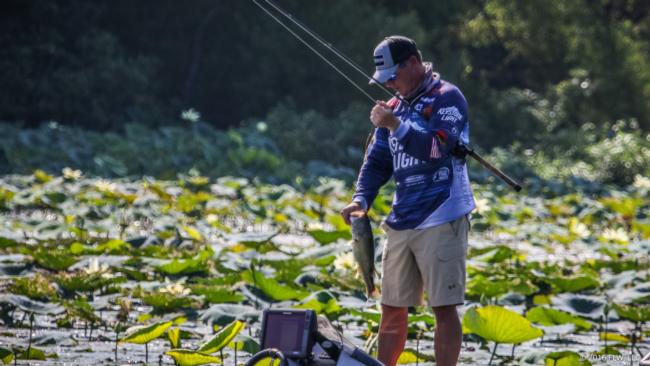 5. Adjust with the conditions

If he had his druthers, Sprague would have only sunny days when fishing pads.

“It [the sunshine] sets them up under the pads and out of the holes, and they don’t get a look at what you’re fishing, and they have to react on instinct,” he says.

Given sun, Sprague says a bait dropping in a hole or coming over the top of a pad is a genuine surprise to the bass. On cloudy days, Sprague says the fish roam more, and that forces a stealthier, more natural approach. In that case, colors and bait choice matter more than when it’s a more reactionary bite.

Sprague often starts with more finesse stuff in the pads, but he still brings a variety of baits to bear on the bass.

“I always start out with the lighter stuff,” he says. “It’s easier to go finesse and then heavy than it is to bang up the place with heavy stuff and then go back through with finesse.”