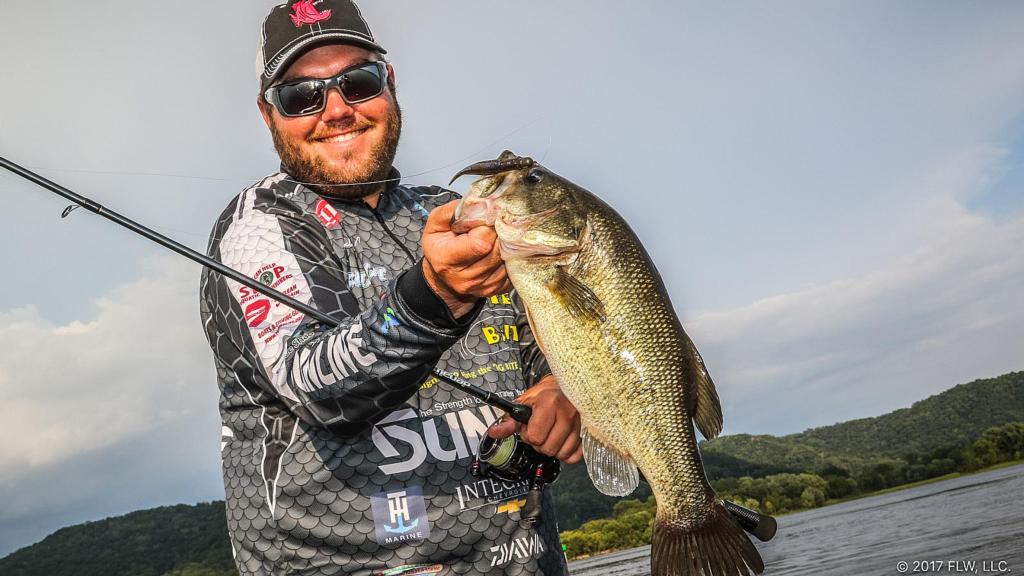 He named it the Limit Maker, but Michael Neal doesn’t limit his new Big Bite Baits creation to the Ned rig application for which it’s most commonly associated. Rather, he’s keen to use this 3 3/4-inch soft plastic as his team’s utility player.

“For the weekend angler, this keeps them from having to spend lots of money on multiple baits when you have one bait that you can use for multiple scenarios,” Neal says. “For me, it’s a confidence deal where I know I can tie it on, and whatever situation arises, I know that I can reach for it.”

Released at ICAST, Neal’s Limit Maker features more detail than the small (or cut-down) stick baits most commonly used on mushroom-style jigheads for the typical Ned rig. Neal designed his bait with subtle eyes, a pair of low-profile wings for a gliding descent and a sharply narrowed tail that wiggles with the slightest movement.

Neal also designed a Limit Maker Jighead that comes in black or green pumpkin in sizes 1/16, 1/8 and 3/16 ounce. Built on a 3/0 Gamakatsu hook, the jighead features a 60-degree flat eye (perpendicular to the hook, rather than parallel) that Neal deems essential to the head’s efficiency

“I’ve always gotten better hookups with a 60-degree jighead, versus an in-line,” he says. “Also, I wanted that head to double as a shaky head, and I refuse to throw a shaky head that does not have a flat eye.”

Here are the ways Neal will rig the Limit Maker throughout the season. 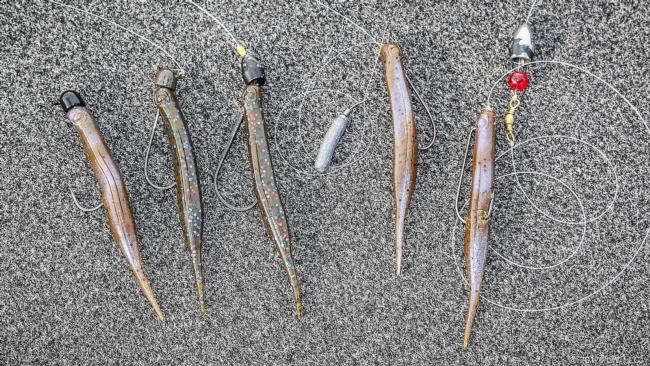 Targeting steeper banks with either chunk rock or bluffs, Neal will use the lightest head he can get away with – usually 1/16 ounce in calm wind and light current, and up from there.

“Going light gives the bait a lot more chance to glide freely, instead of just being a straight fall to the bottom,” Neal says. “A lot of your Ned rig bites come on the fall, so the slower you can make the fall, the more bites you’re going to get.”

Neal might also use a shaky head on those same chunk rock or bluff banks, but he particularly likes it for dragging long, flat points where brushy, snaggy bottom might require a weedless presentation.

Spawning season is when Neal expects to put this presentation to work, pitching the small-profile bait to bedding areas. Whether that’s grass or laydowns, he’s confident that he can rig appropriately.

“That bait has a thick enough body where you can put a 2/0 Gamakatsu Finesse Heavy Cover hook in it,” he says. “You don’t have to worry about getting hung up.

“The benefit of using this bait during the spawn is that bedding fish like to grab baits by the tail, so when you use a downsized presentation like that, there’s a lot less chance of them short-striking it, or picking it up and carrying it off and dropping it.”

Neal will also throw a Texas-rigged Limit Maker in many of the same places in which he’d use the shaky head, only he prefers the rig when dirtier water allows him to use heavier 12- to 16-pound-test Sunline Shooter fluorocarbon.

“Your bluffy banks will have cracks in them, and the fish will actually get in those cracks and on the ledges of the bluffs,” Neal says. “A Texas-rigged Limit Maker is great for those scenarios, as well.”

A Carolina-rigged Limit Maker is a good impersonator of a disoriented baitfish, and Neal uses it when targeting current breaks such as the depression between two sandbars or the downstream side of a wing dam. A 2-foot leader affords the right balance of presentation and castability.

“This is also a good presentation for dragging along long, flat points and feeling around for isolated rocks and wood,” Neal says. “In the fall, it’s especially good when fish are schooling on bait. A lot of times, your bigger fish are under the schoolers, and the Carolina-rigged Limit Maker looks like a shad that’s falling to the bottom.”

In classic “video gaming” form, Neal likes to drop his Limit Maker over rock piles, grass lines and breaks and fish it vertically on a drop-shot. For fall and winter, he likes the silver smoke color for its close impersonation of the shad bass will be seeking.