How the Oklahoma pro applies the LBJ 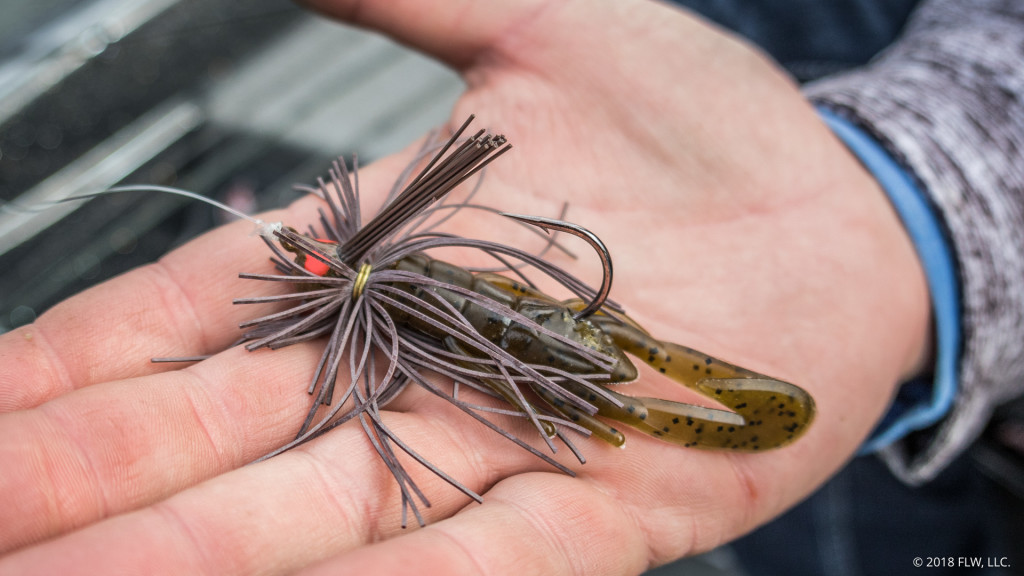 We all have favorite baits. Usually, they develop over time due to a level of comfort with the technique, some signature successes and that extra feel of confidence when you can lock it in your hand. For some, it’s a topwater. If you’re from Florida, it might be a big jig or a punching rig. If you grew up on the Tennessee River, you might cherish a deep-diving crankbait or a swimbait. 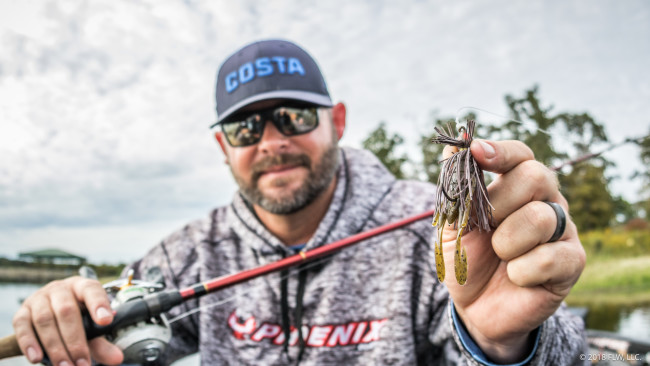 Hallman’s “Little Brown Jig,” or LBJ, is an Eakins Jig. It’s a bait that grew out of the Ozarks, and is essentially just a small ball-head jig with the skirt trimmed off on the front.

He got his initial education on the bait one winter day in 2004. Back then, Hallman paid $40 to enter a pro-am tournament on Table Rock as a co-angler. His goal was to learn the LBJ.

“I went up to Missouri and I drew Jim Eakins,” says Hallman. “I showed up that morning and Jim didn’t know who I was, and I showed up to his boat with one rod and no tackle, except for a bag of jigs in my pocket — that’s all I had. I knew he wouldn’t do anything else; that’s what I came up there for. I was hoping to draw him or somebody like Kelly Power.

“I fished with him that day, and I didn’t fish that much. I watched a lot,” recalls Hallman. “He had a really good day, catching them on docks in 30-foot of water on Table Rock with a Little Brown Jig. Fast-forward nine months later, I was leading going into day three of a BASS Open, my second Open I’d ever fished, on Lake Norfork, doing the same thing with a Little Brown Jig.” 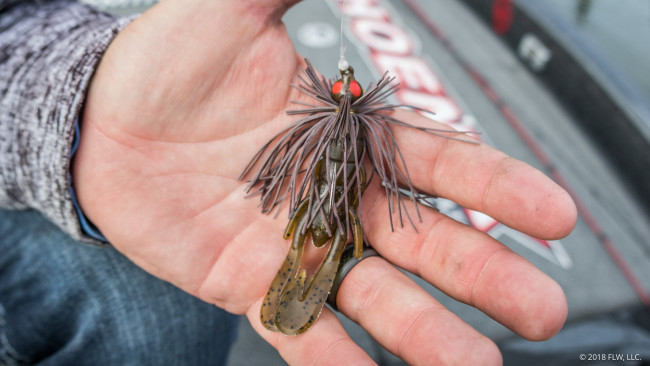 There are endless permutations to bass jigs, but Hallman’s favorite is pretty simple: a homemade ball-head jig that rings in at roughly 5/16 or 3/8 of an ounce. A buddy makes them for him, and he uses a stock of square rubber skirt material that Hallman purchased for personal use before it came off the market. Hallman likes eyes on the jig, prefers a hand-tied skirt for skipping ease and always trailers it with a piece of a Zoom Speed Craw.

“I do change the hook in it,” reveals Hallman. “The original Eakins had a lighter wire hook in it. They were fishing them 20 or 30 feet deep on 10-pound-test line, and you can’t get a big hook in those fish. You can’t bring that same hook down to Texas. This jig works real good on Lake Tawakoni, but I’ve also lost 7-pounders in two foot of water on it. That lighter hook will flex out on really big ones.”

Hallman’s setup is very straightforward and perfectly designed to skip and feel the small jig. For his rod, he’s always using a Falcon LowRider finesse jig rod, which is 6-feet, 10-inches and has a fairly soft action.

“This rod was custom designed for this jig, many, many years ago,” says Hallman. “This rod is built so that it skips really well; it has a lot to do with your casting accuracy and the ability to feel and get bites.”

For line, he usually uses 15-pound-test fluorocarbon, but will vary between 10- and 20-pound-test depending on the conditions. 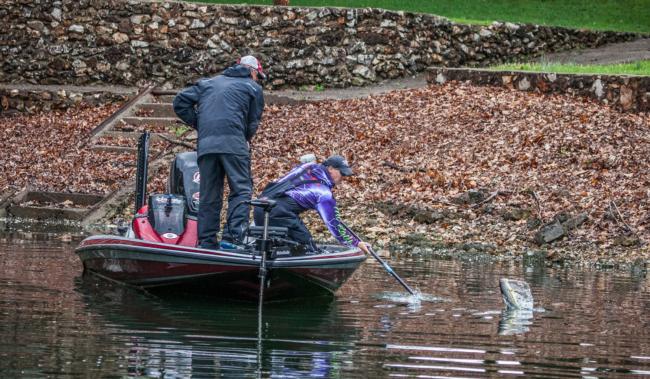 Though Hallman first learned how to use his LBJ under very specific conditions, his love for it is based on how frequently he can apply it around the country.

“It’s a very versatile bait,” says Hallman. “I used it a lot at Grand Lake. We skip it around docks, we skip it behind docks. It’s obviously the same size as the crawfish in the Ozarks. Then we started moving around in Oklahoma. It’s very versatile in this region of the country, Arkansas, Oklahoma, the Ozarks.

“And then it works other places too,” Hallman continues. “It works on the Tennessee River in certain places. I actually finished second to Ramie Colson in an FLW Tour event on a Little Brown Jig on Wheeler in the springtime.”

Hallman narrows it down to one or two factors.

“Basically, what it boils down to is if it’s a rock lake with very little grass, or you’re not fishing grass-oriented fish, that Little Brown Jig plays very well,” says the Oklahoman. “Edwin [Evers] knocked it off and won the Classic with it, and I believe Gerald Swindle basically claimed his AOY in 2016 came on a little ball-head jig.” 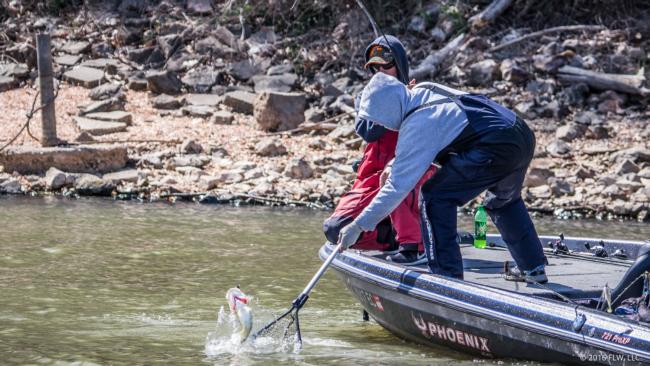 Like most jigs, you can apply the LBJ a lot of ways. Hallman basically always keeps one on the deck. Back in 2004, on a winter day in Missouri, he learned how to fish it on deep docks from a master.

Fishing docks in anywhere from 10 to 30 feet of water, the technique is fairly simple on the surface. You pitch to the back of a stall, peel line off so the jig falls straight and then subtly work it back a short distance. In all, one pitch might take 30 seconds to fish.

“It’s something you do when the fish are real sluggish, be it in the wintertime or the summertime,” says Hallman. “What I’m looking for is the fish that are related to the shade of the docks, which you can only do on real clear-water impoundments where the shade can penetrate 20 or 30 feet deep. That’s the thing that took me a while to learn. What you’re doing is trying to fish the shade, but on the bottom.”

Done right, you can still load the boat today, all on a Little Brown Jig that Jim Eakins perfected in the mid-90s.