How to Fish Power Plant Lakes in Winter 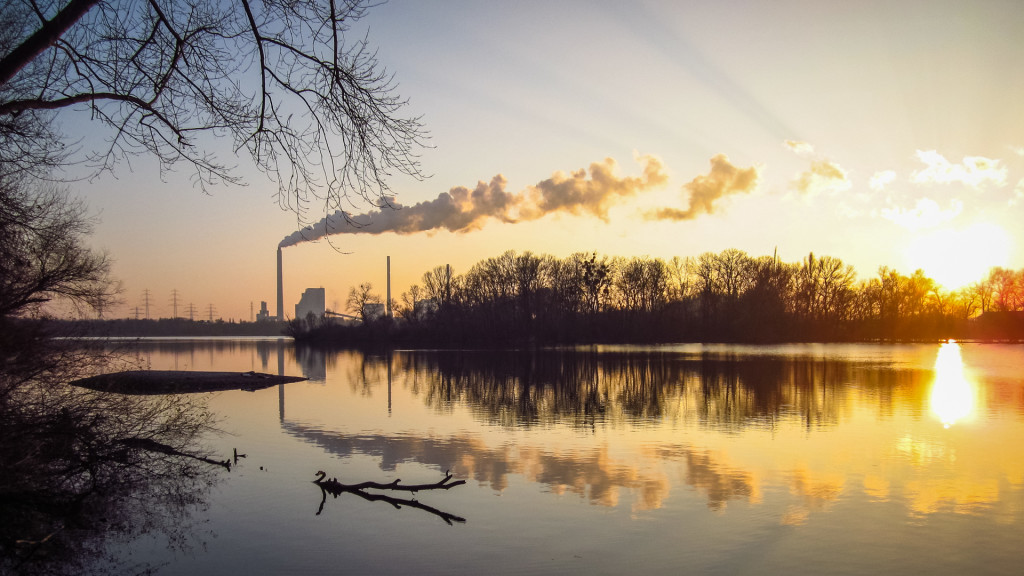 FLW Tour pro Colby Schrumpf isn’t one to let winter’s cold keep him off the water. The Illinois pro competes in a wintertime tournament league on small warm-water power-plant lakes in his area. Water from the reservoirs is used to cool the plants’ innards and then discharged back into the lakes. The heated effluent causes the reservoirs to be much warmer than surrounding fisheries, setting up a unique winter opportunity.

“I fish a couple circuits up there,” Schrumpf says. “They start at the end of October and run until March. They literally have tournaments there every weekend, so I’m able to continue to fish all year. Most of our hot-water lakes around here have grass in them and generally are a little clearer because of the vegetation.”

Many of the lakes Schrumpf targets have horsepower limitations, so in order to compete he swaps out the 50-hp Mercury on his aluminum Ranger RT 178 for a 25-hp Mercury. The boat is kitted out for competition (he fished BFLs out of it in 2018) with Power-Poles, Lowrance electronics and a Minn Kota trolling motor.

Along with having the right rig for the job, Schrumpf also has the bass pretty well dialed in during the winter months, when he typically finds them transitioning from true wintering areas to prespawn spots near where they’ll eventually spawn in early spring.

Some of the power-plant lakes throughout the Midwest are borderline legendary. If you live near one or are willing to travel to keep your open-water season alive, Schrumpf’s system could work on just about any of them that have grass.

Power-plant reservoirs typically have a warm zone near the plant’s discharge, and water temperatures taper off the farther you get from that zone.

“It [water temperature] all depends on the plant,” adds Schrumpf. “The temperature is dependent on how much energy they need to produce. Generally, this time of year temps are in the upper 40s to mid-50s.

“I like to stay on the cold-water end because that’s generally where the better grass is, and that’s where the bigger fish hang out.”

The spawn comes earlier on power-plant lakes in Schrumpf’s region, though the difference is not extreme. He says some bass make it to beds by late February up adjacent to the discharge while the bulk of the spawn kicks in near the end of March or early April.

Because the pro doesn’t spend much time fishing the hottest zone, and he starts fishing bigger waters and traveling for other events around the end of March, most of his focus is on prespawn patterns, particularly from December through February.

“The fish are more or less starting to stage and work toward spawning-type areas,” he says. “Right now the temperatures are getting as low as they will all year up here, and the bait actually moves shallow. It’s kind of a fall-type thing in a normal lake. Bass follow them into these feeding locations.

“Bait is very, very important,” Schrumpf adds. “If you can find the bait in areas or on points or stretches, that’s key. You have to have bait present to really get these fish activated.”

Schrumpf says some anglers like to follow the bait and bass clear up into shallower grass – say, 5 feet deep. He prefers to target them from about 8 to 15 feet.

“A lot of it is point-related stuff,” he says. “That’s the first place they’re going to set up. They’ll settle on points outside the spawning coves.”

The main-lake points and points in the mouths of creeks are early prespawn spots. As the fish transition, he follows them to large secondary points inside the creeks.

“As they move in, I’m still generally fishing a little bit deeper,” Schrumpf adds. “I don’t get shallow until they’re ready to take their location up shallow to spawn.”

Fish group up better out deep, says Schrumpf, and fishing there helps him avoid pressure up shallow, where other anglers like to sling lipless crankbaits in the grass. It also enables Schrumpf to fish out where the hydrilla beds taper off, where he can work crankbaits, jerkbaits, jigs, umbrella rigs and shaky heads easier than if he was to target the thicker grass nearer to the bank.

What bait Schrumpf throws depends mainly on the water temperature.

Jerkbaits – “If it’s in the 40s to mid-50s, a lot of times I will throw the jerkbait,” he says. “That works really well. From that point I’m concentrating on a crankbait. At all times a jig will work. And ever since the invention of the Alabama Rig, that works really well up until the spawn.”

Schrumpf’s jerkbait of choice is the Lucky Craft Pointer 100 in a shad pattern. It gets about 5 feet deep, which is perfect for working over the top fringes of deep grass.

Crankbaits – “For crankbaits, primarily I’m throwing anything that’s going to dive 8 to 15 feet. I use natural baitfish colors,” says Schrumpf. “Occasionally, if the water murks up some or is in the lower end of the water temperature spectrum [low 50s], I’ll use an orangish-red color. I like the Bomber Fat A and Bandit 200 or 300 crankbaits.”

The crankbait technique is classic grass fishing. Rigged with 12-pound-test Berkley Vanish Fluorocarbon and a G. Loomis CBR 783 moderate cranking rod, Schrumpf’s typical approach is to sit out on the deep end of a point and up over the outside edge of grass and bring the bait back. The edge will often form around 12 feet deep, and he works the bait out to 18 feet. Adjustments can be made based on the condition of the grass each year and the particular lake.

“I’m getting my lure down to where I can rip it through the grass,” Schrumpf adds. “It’s more dense the shallower you go. That’s generally why I put in the majority of my time in that 18-foot range. The grass is sparser and easier to move through.

“I’m triggering bites with the crankbait,” he continues. “With a Rat-L-Trap, I don’t seem to be as successful as with the crankbait. It just pulls through the grass totally different. The crankbait gets stuck harder, and it takes more resistance for me to rip it free. That extra rip breaking it free is what makes that bait work. Plus, I can fish the crankbait faster in deeper water. I get it down there and work it relatively quickly back to the boat while making contact with the grass.”

Jigs – The jig technique is similar to the cranking technique.

“I’m crawling it across the bottom, and as I feel grass I kind of rip it through,” Schrumpf says. “It’s the same type of deal; they’re biting it as it rips through.”

Shaky head – “A lot of times, once it gets in the upper 50s, I’ll introduce a shaky head with a finesse-style worm in green pumpkin or junebug,” Schrumpf says. “I cast up toward the banks or points and work it back. I’ll work it through a little easier than a jig just because it comes through easier due to its profile.” 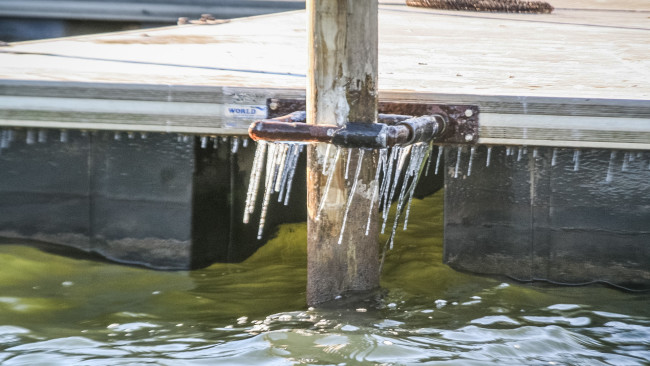 Schrumpf says some of his best days on the power-plant lakes in his region are the nastiest, coldest, windiest days to be on the water. Obviously, the bass don’t mind the cold above the surface. Their unique warm-water habitat keeps them active, and it provides a nice opportunity to stay on a hot bite during the chilliest months of the year.