How to Choose a Swim Jig for Bushes 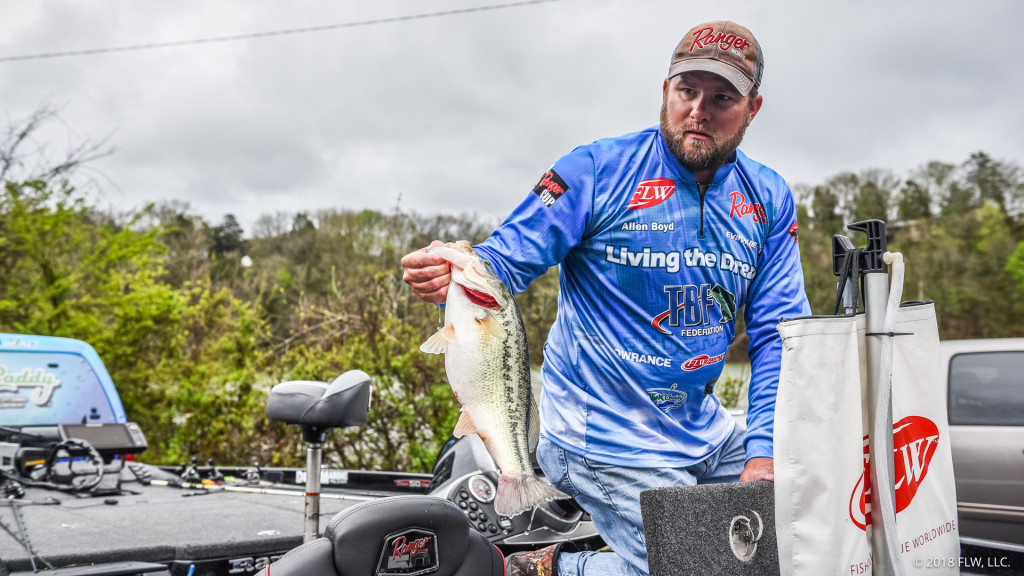 At the 2018 FLW Tour event on Lake Cumberland, Allen Boyd relied on a spinnerbait and swim jig to catch enough shallow largemouths from flooded bushes and trees to finish in second place. 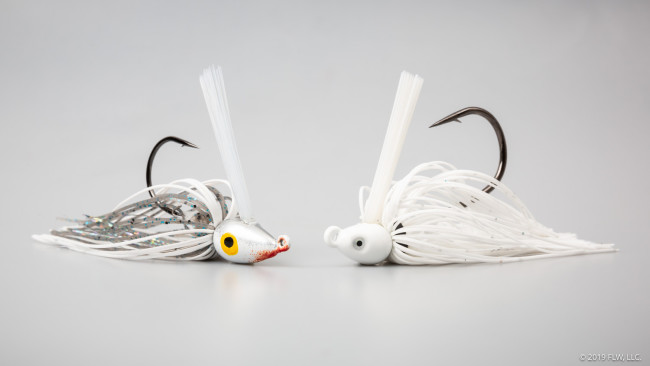 “When I get in heavy cover I like the Dirty Jigs No-Jack Swim Jig,” he says. “It’s got a little bit heavier weedguard, so if you’re flipping it around in the bushes and coming through heavy cover you’re not snagging every stick you come across. It has the big hook so you can use heavy braided line and really winch on them and get them out of that stuff.

“In lighter cover I like the Brovarney Swim Jig. It has a lot lighter weedguard and a lot lighter-wire hook, so when you’re in open water, if a fish hits it he’s hooked. The problem with throwing it in really heavy cover is the weedguard is too light. It gets hung up a lot easier. I throw it on fluorocarbon.” 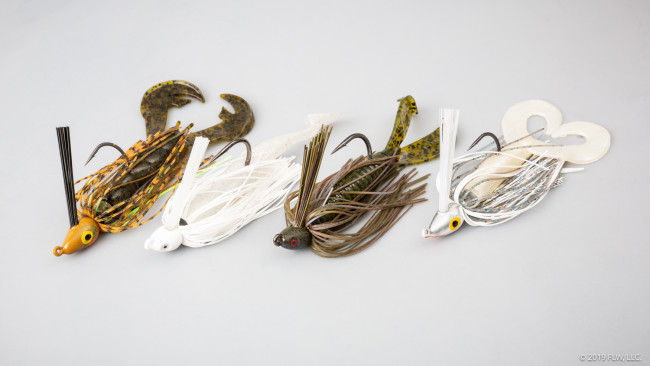 In the spring, Boyd uses colors such as white that more or less mimic shad. Once summer arrives, he’ll switch to bluegill patterns with chartreuse, then back to shad in the fall. 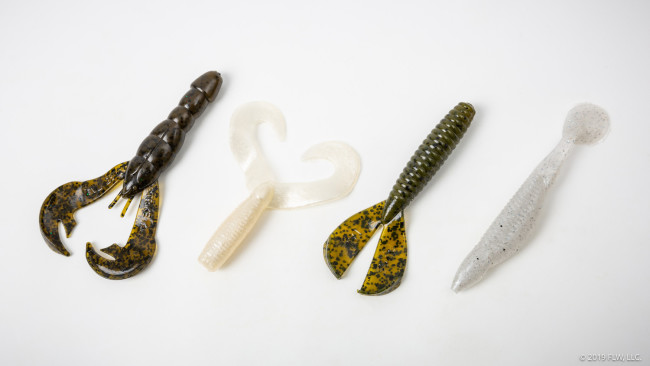 Here’s one area where Boyd is a little less strict. He’ll use a handful of trailers depending on the cover type, depth, presentation and local forage.

In more open water or sparse grass, he’ll use a Zoom Fat Albert Grub. He also likes the Reaction Innovations Little Dipper and the Strike King Rage Craw. One of his favorites, however, is the Strike King Rage Menage Grub, which he says is an all-around awesome swim jig trailer. He’ll use it just about anywhere. The usual way to rig it is with the tail flat (horizontal), but that’s not the only way. 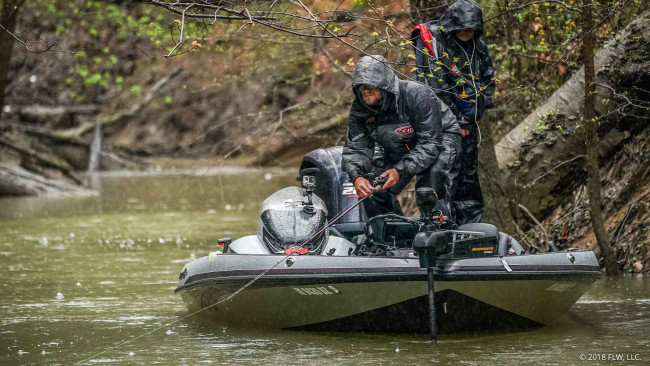 Interestingly, Boyd likes Berkley Trilene Big Game monofilament for spinnerbait fishing because constant roll-casting is hard on the line and he has to re-spool every night. Big Game is affordable and suits him just fine. He takes a more mainstream approach (at least among FLW pros) when fishing a swim jig. In clear water and when the cover allows, he’ll use 20- or 25-pound-test Sunline Super FC Sniper Fluorocarbon. In heavier cover, he’ll use 65-pound-test PowerPro braid. 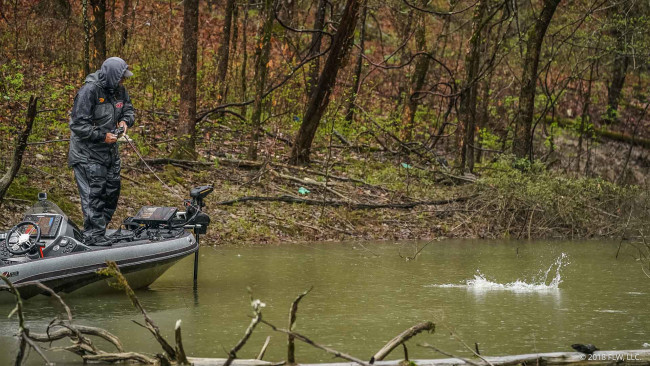 When and how to use the swim jig

Boyd has three go-to options when water hits the bushes: a spinnerbait, a swim jig and a bottom bait for flipping.

The bottom bait is reserved for when the fish are really locked down. Maybe they’re spawning, the cover is extremely dense or they’re not willing to chase at all. The spinnerbait is his choice in stained water and on windy days. The swim jig fills in the gaps. He’ll use it when they’re starting to get on beds and get “turned off” on the spinnerbait; in clear, calm conditions; and any time they aren’t willing to leave the bushes to chase a spinnerbait. That’s where a swim jig’s versatility really shines.

“Using braided line, I can flip the swim jig in the heart of the bush and swim it out,” Boyd says. “I can cover a lot of water and get right in their house.”

A 1/2-ounce swim jig is heavy enough to get through a bush, and weedless enough to come through branches.

“I’ll flip the swim jig right in the heart, just like I’m flipping a regular jig or punch weight, shake it up and down, then swim it out of the bush. You can then swim it by both sides of the bush,” Boyd adds. “I just like it because it’s so much more versatile than anything else for fishing those bushes.”