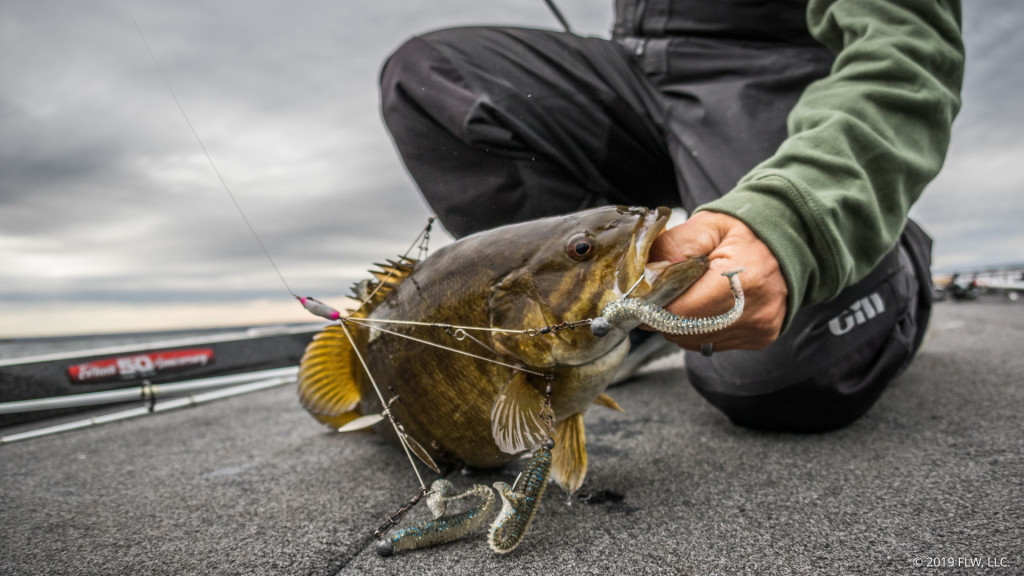 Casey Smith has been throwing an umbrella rig since just a few weeks after Paul Elias let the world know about it in the 2011 FLW Tour event on Lake Guntersville.

“Me and my buddies around here started on it pretty early, and we learned how to throw it on Oneida Lake,” says Smith, who lives in upstate New York and booked three top-10 finishes in the Costa FLW Series in 2019. “When it blew up there was all the hype, so we started to tinker with it and realized that smallmouth would eat it, and ever since then I’ve learned how valuable a tool it is year-round.”

The umbrella rig hasn’t just been a fish catcher for Smith. For a few years, with the full details of the umbrella rig still relatively under wraps, he and a select group of friends basically paid their mortgages with it in every event they could fish on Oneida in the fall.

“We would go up with three of us in the boat and catch 150 fish,” says Smith of the early days on Oneida. “It would be ridiculous. They had never seen it. They were feeding up, and they weren’t running many tournaments back then because guys didn’t have it figured out. They’ve gotten used to it now, but then nobody knew. You could hook up and let the fish swim around, and you’d hook a second one a lot of the time. You could do it on purpose; it was crazy.”

Those days of seemingly infinite fish and easy money are gone, but it doesn’t mean he’s putting down the rig. 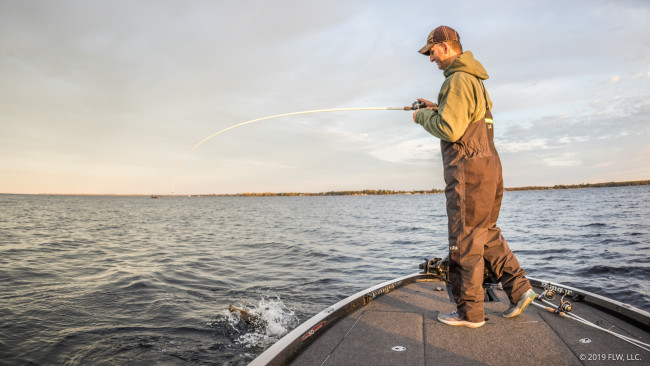 Smith says he basically keeps the umbrella rig tied on all year, but one of the best times to fish it in the North is the fall.

On the Great Lakes, he combs flats and points with it for some of the biggest limits of the season.

“You’re targeting fish that are batfish-oriented and feeding up for the wintertime,” says Smith. “They’ve moved up out of deep water and on to the flats, and they’re feeding up on bait very close to their wintering areas. They’re sitting on the same stuff they sit on deep in the summertime – rock veins, rock transitions and big boulders – just shallower.”

According to Smith, that fall transition is a great time to intercept smallmouths in 10 to 20 feet of water, before you need to start thinking vertically again. 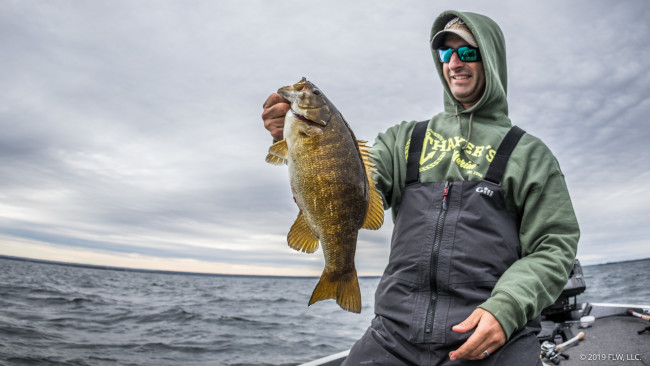 Because it’s the Great Lakes, you aren’t necessarily particularly close to the bank. Though some fall places are within a few casts of the shore, Smith is happy to fish hundreds of yards from the bank if that’s where the fish are and the right structure is present. 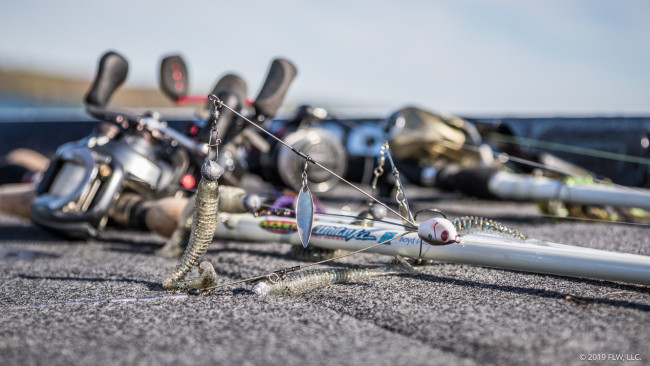 The umbrella rig is one of the best baits to tinker with, in part because the tournament limitations and state regulations create a lot of incentive for innovation. Smith has a two-hook rig he uses on Lake Champlain and a three-hook version for FLW events, but his most widely used rig is a standard five-wire model with blades.

Usually in tournaments Smith slings a Brown Dog Tackle umbrella rig, but on fun days he often uses a YUM YUMbrella Flash Mob Jr. to save a few dollars. 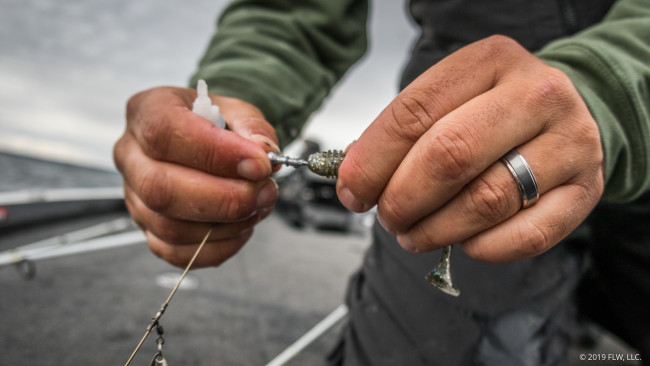 “I like that setup because the action on the Swing Impacts and the drag on the Swing Impacts is a little lighter, so the bait is a little easier to reel,” says Smith. “They’re feeding up on alewives and stuff like that. The bait is pretty big, so you can use a big bait. On a lake like Oneida, where the bait is pretty small, we’d probably use more like a 2.8-inch bait, but on the Great Lakes it’s alewives and perch.”

“I stick with 20-pound almost all the time,” relays Smith. “We definitely used braid at first. I think most everybody was, but we switched pretty quick. We were straightening out swivels and hooks. The smallmouth, as soon as he grabs it, he turns the other way. We were having problems keeping the fish on, so we switched to the fluorocarbon.

“Also, some of the lakes around here are so clear. The fish obviously aren’t shy, but we didn’t want to take any chances. And it helps to keep it down. Most importantly, it’s that extra stretch that takes away the initial shock of the hookset.” 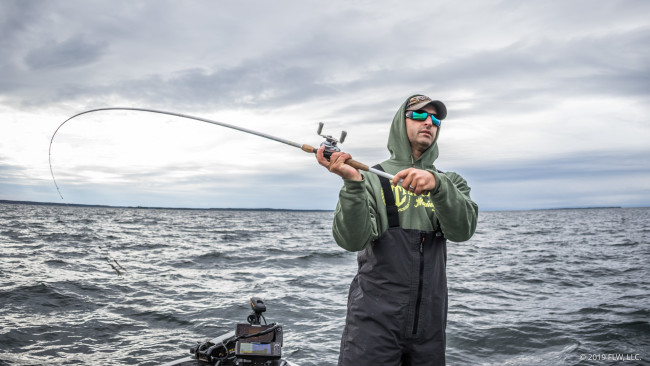 Though somewhat cumbersome to throw, especially with the wrong equipment, umbrella rigs don’t really require a tremendous amount of skill to use. Typically, the fish bite them hard and are landed easily, and you don’t have to make extreme adjustments. However, it’s important to make the most of each cast to avoid falling into the trap of “chunking and winding.”

“I never just reel it in,” says Smith. “You give it a flair, like you would with a ChatterBait or a spinnerbait. I give it a knock, where it’s just a brief pause on the reel, and then I knock it forward. And, if you’re keeping it down in the water column, usually at least once in the cast I’ll open the bail and let it fall and then give it a knock.”

Experimenting with retrieve depth is key as well. Though Smith doesn’t often drag the rig on the bottom, he knows that finding the right zone is important. 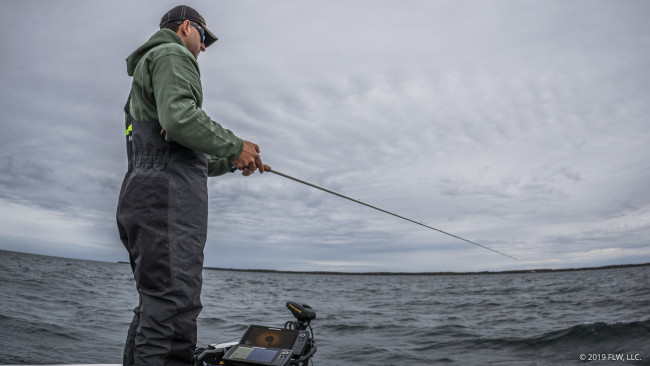 Two things are for sure: If you live up north and haven’t thrown the rig you’re missing out, and if you’re coming up for your first taste of smallies you’d better bring some.

“Everywhere in this region it really works,” says Smith. “The St. Lawrence is the only place I haven’t gotten it to work at all, but I have one tied on all year now.”