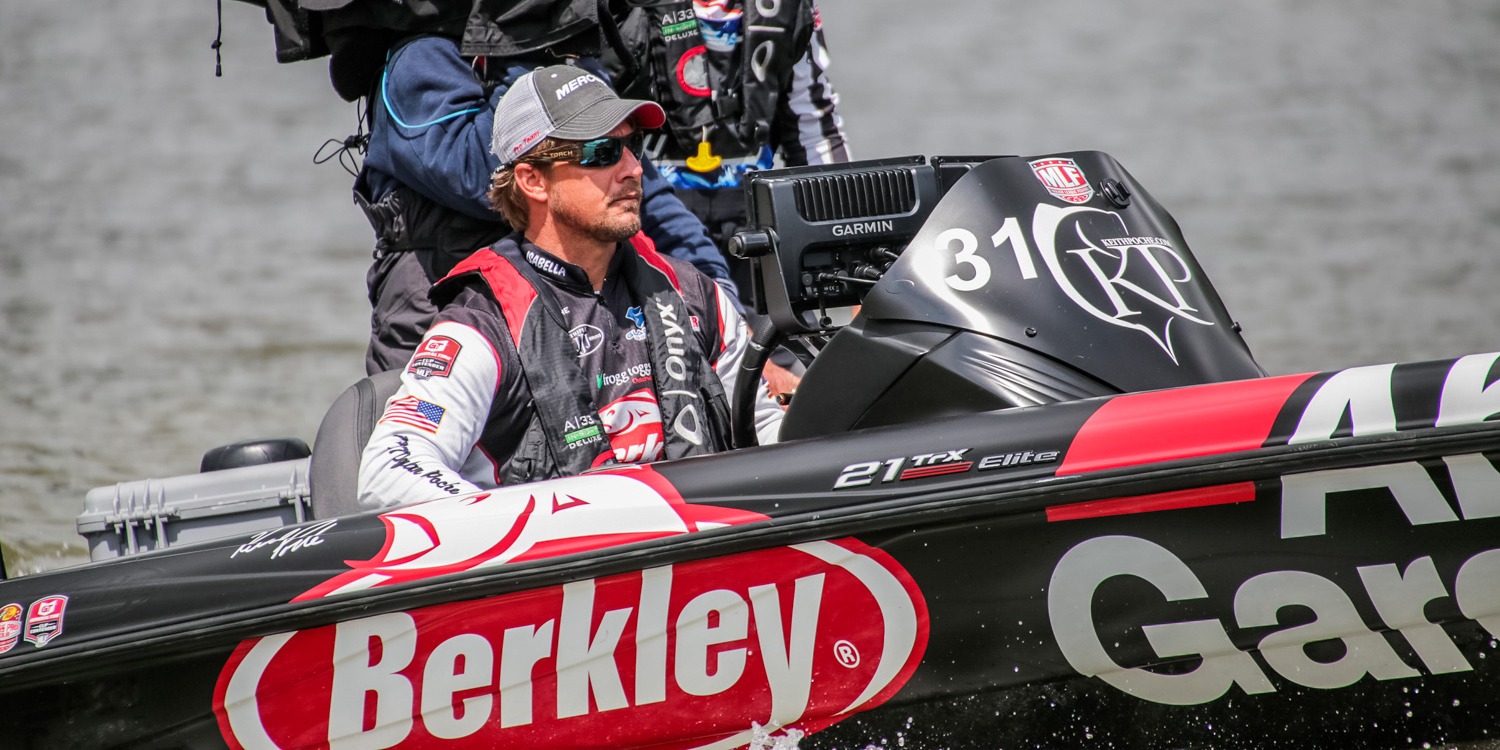 Keith Poche gives some tips on how to follow the shad migration in early fall. Photo by Phoenix Moore

It may not feel quite like fall yet, but before you know it, cooler temperatures will be at our doorstep. Changing leaves and shortening days may mean pumpkin spice everything to some people, but to Keith Poche, it means that it’s time to follow the shad.

“Once the leaves start changing and you get a couple of nights in the 50s or 60s, that’s when you know it’s time to start looking for shad,” Poche advised. “If you see some fog on the water in the morning, that’s when it really starts to hit. It may already be happening in your area, but I know in the southern part of the country we aren’t too far away from it right now. Just give it a few weeks and it’ll be time to let the shad lead you to the bass.”

“A lot of times you will see the shad schooling up in the backs of creeks in the fall,” Poche said. “They’ll start to flicker on top and you’ll see the activity. Not only will you see the activity of the shad, but also those bass chasing the shad. The bass will chase the shad to the backs of those creeks and that’s where you can really catch them.”

Poche doesn’t have a scientific explanation as to why the bass seek out the shad come autumn; he just knows that it’s a foolproof plan that he’s used ever since he was a kid. His years of experience have also shown him why bass like to get the shad into tight spaces.

“The main places they push them are areas with cold and shallow water,” Poche pointed out. “That could be pinch points or small and narrow creeks. The bass just want them somewhere they can’t get away. Bass are ambushers, so they will just wait on a group of shad to come down a small opening and trap them in there.”

Which Bait to Use

When it comes to his bait of choice for shad imitation, Poche goes with a two-pronged approach that has netted him quality bites time and time again.

“If I can physically see the shad busting through the water, I like using a Berkley J-Walker topwater,” Poche pointed out. “I can really fling that out there and get a lot of bites with that. I’ll also work a lipless crankbait, mainly a Berkley Warpig, and rip it through the water. Once you catch one, it kind of starts a little feeding frenzy and gets the rest of the bass going.”

Once you start to feel that little nip in the morning air, it might be time to go hunting for schools of shad in your neck of the woods.