Getting the Most Out of Your Cast with Jordan Lee 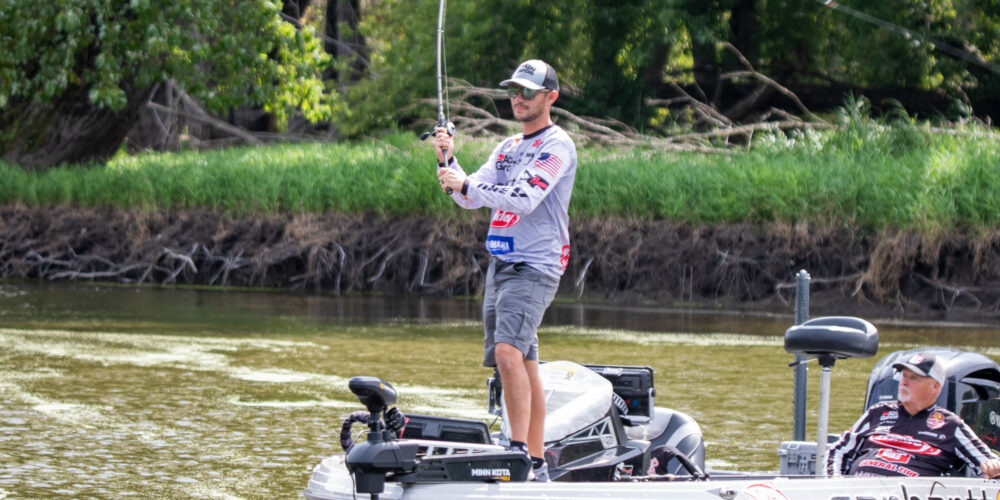 Jordan Lee obviously knows what it takes to be a great angler. The 2019 Bass Pro Tour Stage One champion has mastered many skills on his road to the top of the bass fishing world, but one skill sticks out to him as a little more important than the others.

“Casting is one of the most overlooked skills in bass fishing,” Lee said. “If you can put a bait exactly where you want it at various distances, you’re going to catch a lot more fish, plain and simple. Managing your distances, having the right rod and reel, and using the right line can all play a factor in casting correctly.”

Lee claims that the right rod, reel and line are the most important aspects of the perfect cast. While your casting technique can play a factor, the Alabama pro knows just how effective the right setup can be.

“I’m probably not the best caster in the world, but I can put a bait where I want it to go with the right setup,” Lee said. “If you’re skipping a jig with a 7-foot-6 rod and the wrong reel, you’re probably not going to make a good cast. A shorter rod, like a 7-foot, can give you the control you need to make that short cast. Think of it like golf: you’re not going to chip with a driver and vice versa.”

When it comes to managing his casts at shorter distances (Lee lists underhand, sidearm, pitching or flipping as examples), the Abu Garcia pro says a shorter rod is always better than a longer one.

“If I’m working a cast to a close target, I’m going with a 7-foot-3 rod or shorter,” Lee said. “A 7-foot rod is a great all-around length that I go with for shorter casts. That shorter length is just going to make you so much more accurate when casting to a target like a dock, laydown or brush pile.”

Lee’s ideal close-range setup is a 7-foot medium-heavy Abu Garcia Fantasista rod with an Abu Garcia Revo Premier 7.3:1 reel. He also recommends making sure your reel is tuned up correctly so that your bait is not too free and loose, helping control your accuracy.

For medium-range casting – like you’d make with a crankbait – Lee prefers a slightly longer rod that also fits the technique.

“I like to think a crankbait is something you fish with at a medium casting distance,” Lee explained. “In that case, you want about a 7-foot-3 to a 7-foot-6 rod with a 6.6:1 reel. I use an Abu Garcia Revo Premier paired with a 7-foot-3 Abu Garcia Ike Series Cranking Rod.”

When it’s time to wind it up and let it loose, Lee starts with a 7-foot rod. Rod length and line will vary depending on the bait, but Lee points out that maximizing casting distance is frequently beneficial.

“Casting from a long distance is always a great way to get more bites,” Lee said. “For instance, if you’re throwing a big walking bait, using 30-pound braid instead of monofilament will give you more distance on your cast. If you get too close to those fish, you may spook them, so that’s obviously why it’s important to have good distance.”

Lee also says to not be shy when letting a cast rip . Don’t be afraid to give it a little something extra.

“When I cast I’m trying to launch it out there, I’m not just barely slinging it, I’m putting some effort into it and some people don’t do that,” Lee said. “I make sure that if I need the distance that I’m giving it all that I have.”