Mark Daniels, Jr. Adds “Alabama Shake” to his Swim Jig Repertoire (And so Should You) 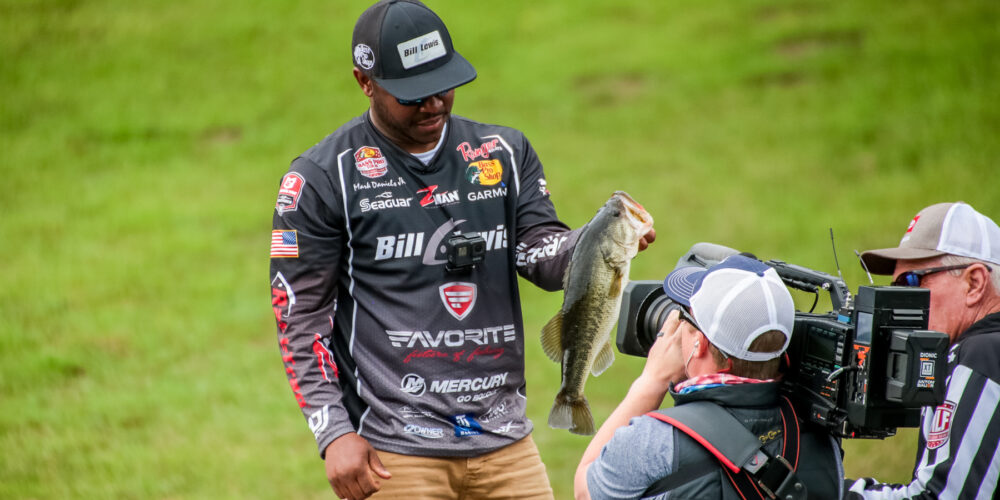 One of the best lures for springtime bass fishing – or any season for that matter – is the swim jig. It’s a bait that excels anytime you’re fishing around grass, but is equally effective around wood, docks, and other places bass congregate.

Swim jigs can be simply cast and retrieved and catch their fair share of bass, but imparting more action with the rod can make them deadly. This way of fishing can be seen by a contingent of anglers, mainly from Alabama, who work the bait much differently than others across the country.

An Intro to the Alabama Way

“The whole technique was shown to me by Clent Davis or ‘CD’ as I call him,” Daniels recalls. “We started fishing together and entered a few tournaments together. I saw him fishing a swim jig like that and said ‘What are you doing?’ and he didn’t even know it was different, because that’s just how they do it (in Alabama).”

The best way to describe the action is a constant twitching of the rod during the retrieve. Instead of a straight retrieve, the swim jig darts and dances its way back to the boat.

“It’s popping the rod or hopping the bait and what it does is give the jig a very erratic action,” Daniels explains. “It makes it seem like the jig is a small fish that is fearful and trying to get away.”

When and Where to Alabama Shake

Fishing a swim jig the Alabama way can be done any time of the year, and Daniels said he’s used it with success all across the country.

“When bass are on their beds or during the pre-spawn, they absolutely can’t stand it,” Daniels says. “It works everywhere, but I don’t see people doing it in other parts of the country.

One key for Daniels is to find some vegetation.

“It works great because you can cover vast expanses on a grass flat and still be efficient in shallow water,” he believes.

For almost all situations, Daniels sticks with a 3/8-ounce swim jig, but says the trailer he adds makes a huge difference.

“If I’m fishing a shad-spawn bite around docks, I typically just cast and retrieve the jig and don’t shake it as much,” Daniels says. “That’s when I use a white jig and a white swimbait trailer like the Z-Man DieZel MinnowZ.”

When it is time to shake, a craw trailer is essential, according to Daniels.

“The craw gives it the action you want as the claws are back there constantly kicking. The Z-Man Turbo CrawZ is my number one choice,” he says.

Daniels also goes against the grain and mixes and matches his jig and trailer colors.

“My favorite color combo is a black-and-blue jig with a green pumpkin or watermelon red trailer,” he says. “It gives it a contrasting look, but they love it and imitates everything from bluegill to crawfish.”

“That’s the perfect speed for a reel and I wouldn’t go above a 7.1:1 because the high-speed reels tend to overwork the bait,” he adds.