Monroe Attacks Postspawn with Frog, Topwaters - Here's How You Can, Too - Major League Fishing
Shop

Monroe Attacks Postspawn with Frog, Topwaters – Here’s How You Can, Too 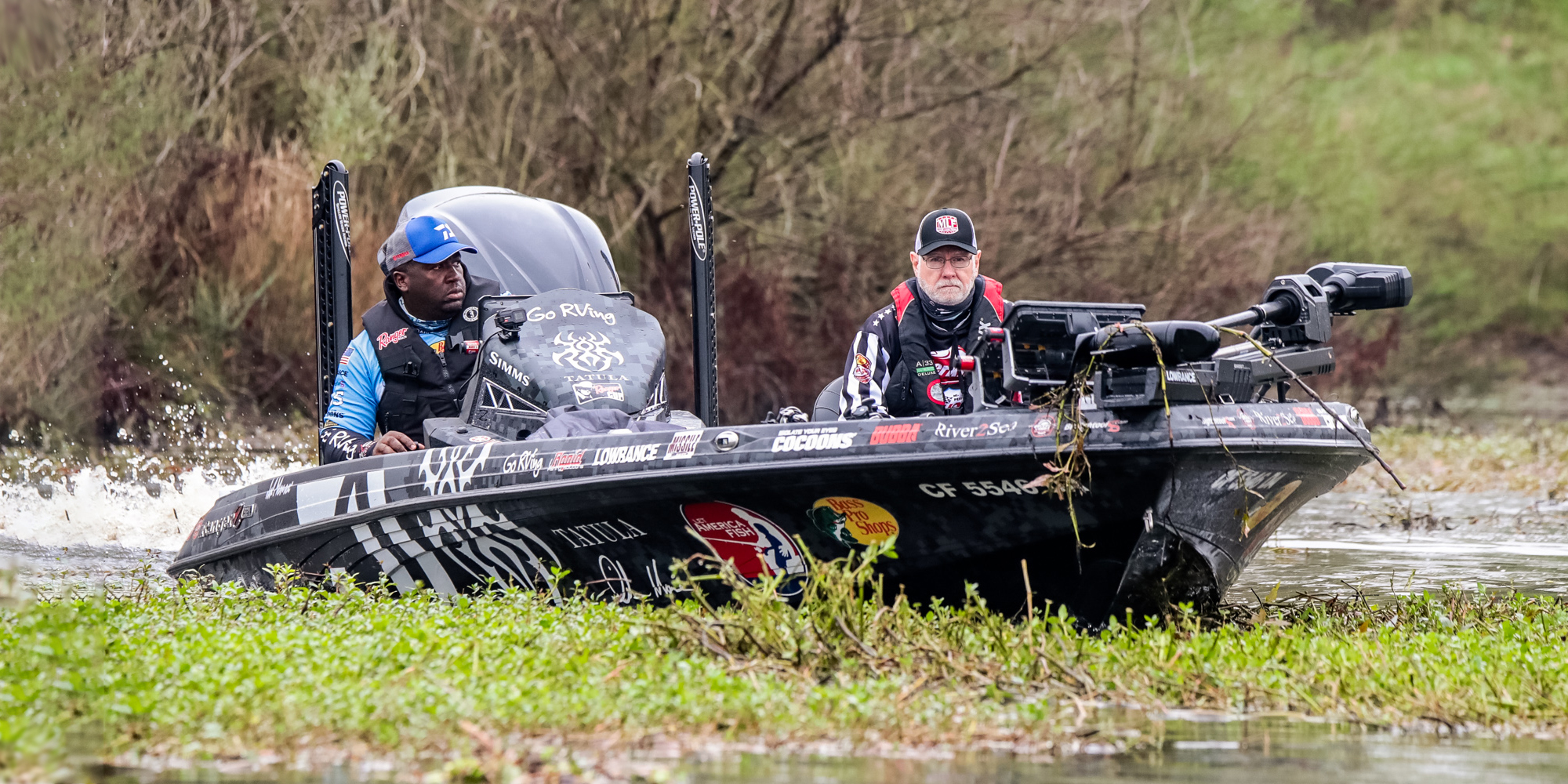 Ish Monroe starts his hunt for late-spring bass in shallow lakes with plenty of vegetation. Photo by Josh Gassmann

It’s time to get your postspawn bass game plan together.

Depending on where you happen to be fishing right now, some bass will move deep while others will bury deep into cover. For MLF pro Ish Monroe, it’s time to fish shallow bodies of water with thick cover, and target the biggest bass that body of water has to offer.

And he’ll start on top.

Light conditions are key for the topwater bite.

Monroe seeks out dense cover with variations in cover types when looking for big bass in shallow water during the late spring.

“I look for thick, heavy vegetation, brush, docks, overhangs – the thickest, heaviest cover I can find,” Monroe says. “I look for the most shade and whatever the thickest cover is, that’s where the fish are gonna be located. For example, in mats, try to find transition areas. Those irregularities are what the bass key in on.

“Or, if you’re fishing docks, find the biggest and oldest dock. Fish tend to group up under those docks because of the shade they provide. Not new docks, but the older wooden ones that offer a lot of shade. Even on deeper water lakes, you can still find some bass up in the dense, shallow cover, if you can find any.”

So, what are Monroe’s tools for extracting big bass from the shallow jungles? Think braid, big rods, loud baits, and Phat Frogs.

“This is a prime time of the year to fish Ish’s Phat Daddy Frog,” Monroe says. “It’s one of the best baits for getting big fish to bite. It’s not a numbers lure. I’m fishing to win a tournament when I use it. Something about that bait that attracts bigger fish.

“As far as where the frog is most effective, it depends on the lake you’re fishing. I use them effectively in a variety of shallow water covers. For example, in California, I fish them on the Delta, and that’s tons of thick vegetation mats. If I fish Don Pedro Lake, I’m fishing the frog in brush. Works just as well in either cover.”

Monroe will mix up the frog with a Whopper Plopper, a River2Sea Rover, or a buzzbait. Anything that makes a fair amount of noise.

“I’m a fan of big, loud baits,” he says. “That big, loud topwater will draw some of the biggest bass in the shallows to bite.”

All other topwaters are fished with the Daiwa Tatula Elite Brent Ehrler Crankin’/Bladed Jig Rod and the same Tatula reel loaded with 40-pound J Braid. Monroe uses braid for his topwater fishing because it floats and doesn’t stretch.

“For me, when I’m fishing a Rover or a Plopper and a bass hits, I keep reeling, the braid and rod set the hook,” said Monroe. “Now, when a bass hits the frog, I’m jacking that hard on the hookset, hammer down all the way.”