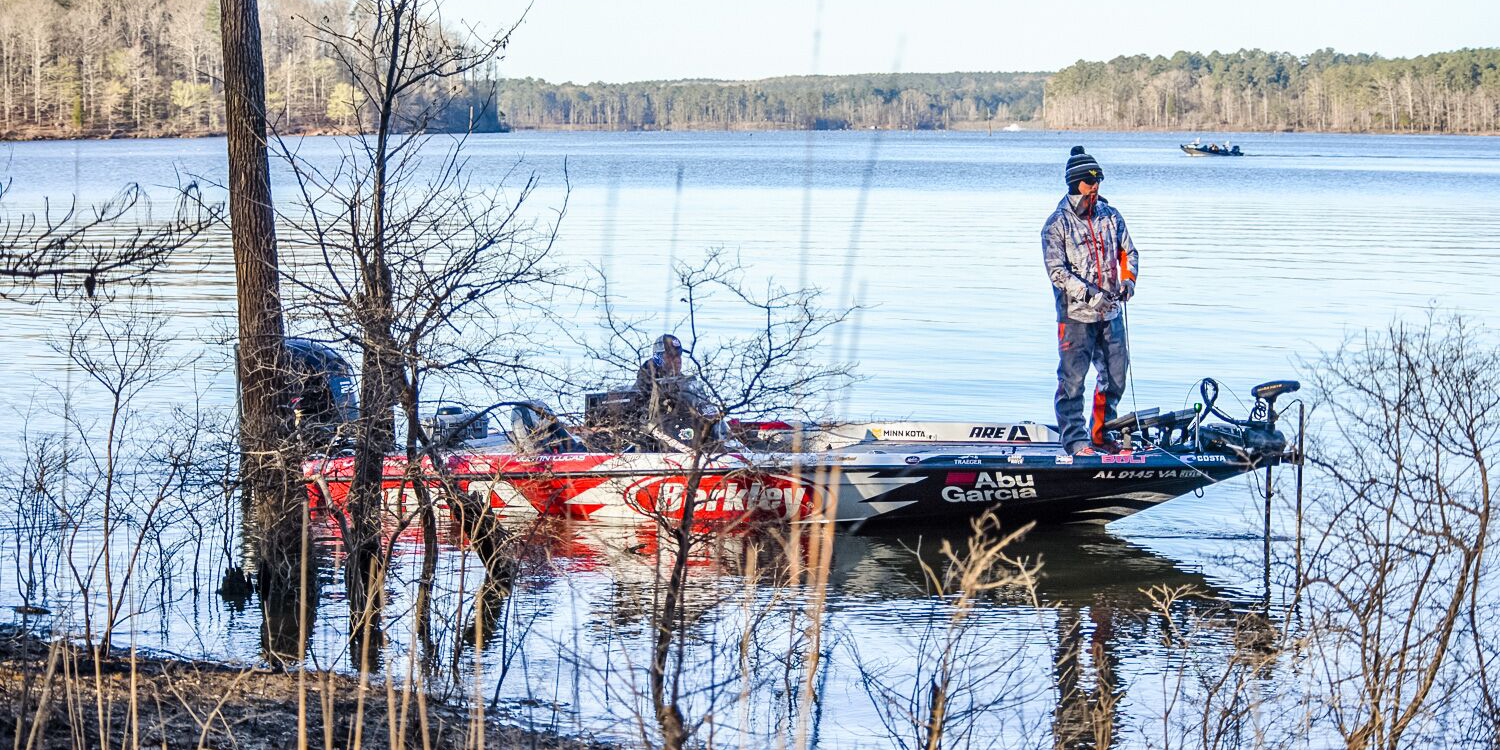 Justin Lucas says that the right rod/bait matchup will improve your odds of landing more of the fish you hook. Photo by Garrick Dixon

How often do you land the fish you hook? More than half? MLF pro Justin Lucas has a number in mind that you should be shooting for.

“If you’re only landing 70 or 80 percent of the fish that bite, then something is probably wrong,” Lucas stated. “In my opinion, you should land 90 percent of the bites you get.”

That may sound like a high percentage, but Lucas says that it’s an attainable goal if you have the right rod in your hands at the right time. The Abu Garcia pro says that one of the most common mistakes he sees from amateur anglers make is using the wrong rods in the wrong situations.

“Everyone knows what feels comfortable to them and what they like, and that may be using a heavier bait on a lighter-action rod,” he said. “The question you have to ask yourself is: do I lose a lot of fish? If you’re losing a lot of fish and your technique is still good, then you really need to take a hard look at the equipment you’re using.”

Lucas says that matching the bait to the right action in the rod is an important step that some anglers don’t really pay attention to (for the sake of this conversation, Lucas chose to focus more on baitcasting rods than spinning just because he finds it easier to convey his message).

But for starts, he touches on what works best with a medium light rod to start.

As you move to a stronger action, your bait selection can get a little beefier, too.

“On a medium action rod, I only use treble hooks on that, as well,” Lucas advised. “Squarebill crankbaits usually have bigger treble hooks, so that’s kind of what I focus on for a medium rod. I’ll look at No. 3, No.4 and No. 5 treble hooks when going with medium action.”

Once the situation calls for a bait with a single hook – something that requires some torque on the hookset – Lucas favors medium heavy or heavy Abu Garcia rod because the action can really handle the power it takes to penetrate a single hook into the hard mouth of a bass.

Beware of Cheap Rods, They Can Lie

On the flipside: while using a heavy bait on a lighter rod can raise problems, Lucas points out that smaller baits on heavier rods can also create some concern.

“I see a lot of people using crankbaits on medium heavy and heavy rods, and that’s a common mistake that’s easily fixable,” Lucas said. “The problem with that strategy is that there’s a lot of cheap rods flooding the market that are not the same power and action we grew up using and understanding.”

Lucas says that while the price tag of those cheap rods may be attractive, it’s important to know that quality matters when it comes to choosing the right rod.

“About 12 years ago, we really started to see more rods being built that advertised they were lighter and cheaper,” Lucas recalled. “Well, to make them lighter and cheaper, they took a lot of the power out of the rod, so a heavy-action rod isn’t really heavy action. I’m not worried about the weight of the rod, I’m worried about the backbone and power a rod can provide.”

When shopping for a new rod, Lucas advises that the power of Abu Garcia rods has always been “true”: medium heavy really means medium heavy. Go with rods that fits the baits, and you’ll have a shot at Lucas’ 90-percent landing rate.