Top five spotted-bass destinations you may have never considered 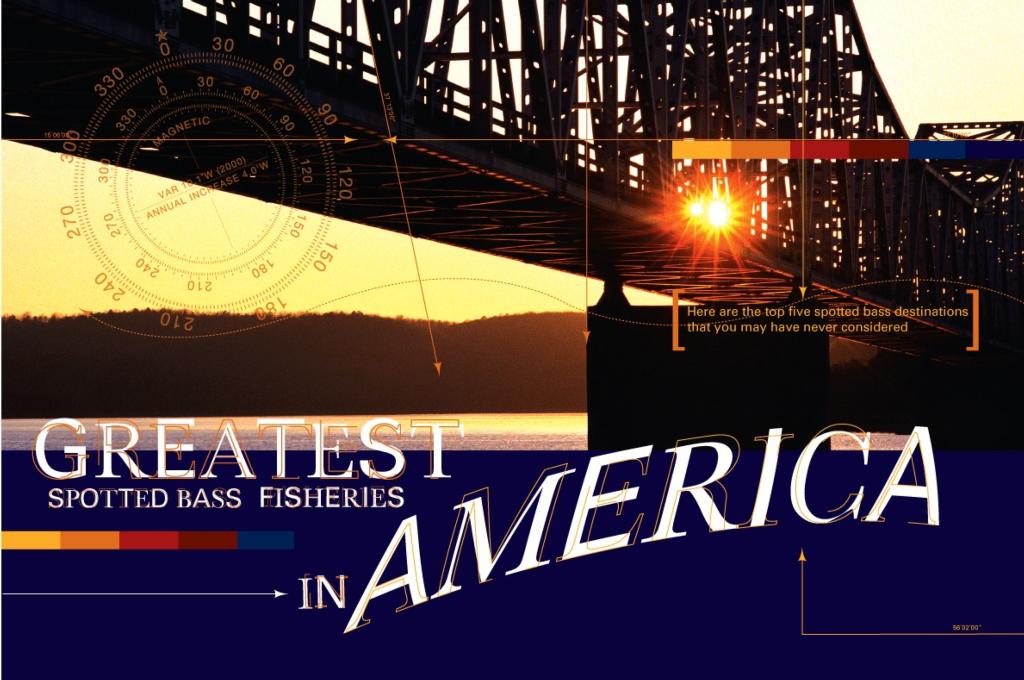 Several months ago, FLW Outdoors Magazine set out to identify the greatest bass fisheries in America. Professional anglers, outdoor writers and tournament directors were polled, and while many of the results were expected, a number of lesser-known fisheries received numerous votes. These somewhat obscure fisheries may be well-known regionally, but many anglers across America know very little about, or have never heard of, them. Along with listing the overall top 10 spotted bass fisheries in the nation, we felt compelled to explore some of the outstanding yet unrenowned fisheries that every bass angler should know.

If you are looking for fabulous spotted-bass fishing along the species’ northern range, then look no further than West Virginia’s R.D. Bailey Lake. This small lake in southern West Virginia has oodles of 3-pound-plus spotted bass. The current West Virginia record spot – weighing almost 5 pounds – was caught from R.D. Bailey in 2000, and prior to that catch, the state record had been broken several times by R.D. Bailey spots. Recent catches signify that there is no better time than the present to get in on R.D. Bailey’s trophy-spotted-bass extravaganza.

R.D. Bailey is a steep-sided lake in rugged mountains with lots of ledges and rocky points. The lake, built for flood control, snakes through narrow valleys. Although only 630 acres, R.D. Bailey is 7 miles long at normal pool, so plenty of water is available for anglers.

Be sure to bring a good map, because getting to R.D. Bailey can be challenging. The lake’s remoteness does, however, have a silver lining, as tough access means low fishing pressure. Furthermore, the presence of largemouths, smallmouths and many other game fish takes much of the attention off the spotted-bass fishery. 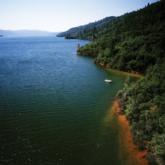 Nestled in the northern part of California, just outside of the town of Oroville, Lake Oroville sprawls across a valley created by the damming of the Feather River. Originally an area of gold-rush fame, anglers will be hard-pressed to find any of that ore in its nearly 700-foot depths. But the area boasts a new treasure, namely the stocking of Coosa River spotted bass. Those spotted bass, regarded as some of the fiercest fighters in the world, are the treasure hunted for most often by the region’s modern-day thrill seekers.

The 15,000-acre scenic lake boasts an unbelievable number of spotted bass, and anglers report that it is very common to catch 30 or more spotted bass in a single day. Lunker spotted bass roam the waters as well, as proven by the lake-record 7-pound spot. The action rarely ends, and fast-paced spotted-bass fishing can be had whether the water is 45 degrees or 85 degrees.

Current home of the world-record spotted bass, Pine Flat Lake in California boasts trophy-spotted-bass fishing at its finest. The state- and world-record bass weighing 10 pounds, 4 ounces was caught April 21, 2001, by Bryan Shishido. The lake has produced quite a few spots over 9 pounds. Furthermore, rumors float off the lake on a regular basis about the next world record that got away.

Resting at the base of the Sierra Nevada foothills, Pine Flat Lake offers a legitimate chance to get your name in the record books for spotted-bass fishing. The lake’s reputation makes it a very popular bass-fishing destination, so go with your big-fish gear and patience for your fellow fishermen, because you definitely will not be alone hunting the fish of a lifetime on this lake. Fortunately, the large impoundment provides plenty of space for anglers to get away from the crowds.

It is not every day that an angler can catch 3-pound spotted bass on back-to-back casts, but on Lake Keowee near Seneca, S.C., that occurrence is not at all uncommon. Quiet as it is kept, this gin-clear lowland reservoir provides the ideal location for anglers looking to catch magnum spots – those over 3 pounds – in the Southeast.

At just over 18,000 acres, Keowee features a myriad of long, sloping points along with numerous brush piles and docks, all of which form ideal habitat for spots.

In the spring, many anglers start on the north end of the lake, near Jocassee Dam, where they target spawning fish in 4 to 10 feet of water using jerkbaits and tubes.

As the water warms, however, anglers gradually move down the lake, near the Keowee Dam, where they catch fish on points and in brush piles in 25 to 40 feet of water using Texas-rigged worms, jerkbaits and drop-shots featuring soft plastics.

In fall and winter, the area near the Toxaway nuclear plant is the place to catch big spots and plenty of them. The warm water released from the plant raises the temperature of the surrounding water, creating awesome cold-weather angling.

For more information, contact the South Carolina Department of Natural Resources at (803) 734-3888 (www.dnr.state.sc.us).

The only actual river fishery on our spotted bass list, the Coosa River below Jordan Dam offers thrilling fishing experiences. The clearwater river runs about 14 miles from Jordan Dam to its confluence with the Tallapoosa River, where it becomes the stained Alabama River.

As with all Coosa River impoundments, the Jordan tailwaters offer the same quality spotted bass. Spots in the 4-pound range are very common, with fish over 6 pounds very possible. The Alabama Division of Wildlife and Freshwater Fisheries claims to have shocked spots over 8 pounds during electrofishing surveys.

The Alabama Power Company maintains a low flow during weekdays, perfect for anglers to float the river slowly in canoes. Flow is increased during the weekends for recreational floaters. Fishing can be exceptionally good while water is rising and falling.

This short stretch of the Coosa River offers plenty of grass beds, rock piles, wood debris piles, root balls, pools, eddies – just about everything an angler would want in the perfect spotted-bass stream. Anglers had better come prepared for the fight of a lifetime. Combine a 5-pound Coosa spot with a stiff current, and anglers will think they are fighting a double-digit fish.

The river is best fished from a canoe or flat bottom. Access is limited so fishing pressure is surprisingly light, especially considering Montgomery is just a few miles down the road.

For more information, contact the Alabama Division of Wildlife and Freshwater Fisheries at (334) 242-3465 (www.dcnr.state.al.us).

3. Lewis Smith Lake – Located near Jasper, Ala., Lewis Smith is the king of the record spotted bass. While not the current world-record holder, previous world-record spots have been caught many times on the famous fishery. Massive spots over 8 pounds are still caught.

4. Lake Martin – Another Alabama lake, the expansive Lake Martin holds a lot of spots with an occasional trophy. Anglers can be catching 1- and 2-pounders all day and suddenly hook a 6-pounder.

5. Lay Lake – If you have not already guessed, Alabama is the place to go if you love spotted bass. Impounded on the Coosa River below Logan Martin, quality fish in the 3- and 4-pound range are the norm, not the exception.

6. Mitchell Lake – Continuing on our tour of Alabama, Mitchell Lake is immediately downstream of Lay Lake. Not much different than Logan Martin and Lay, you cannot go wrong by scheduling a trip to Mitchell.

7. Table Rock Lake – Finally, a non-Alabama lake jumps back on the list. Table Rock has long been considered one of the best spotted-bass lakes in the country. The highland White River impoundment on the Arkansas/Missouri border is big, deep and loaded with bass. On a good day, anglers can expect to catch a boatload of spots in the 2- to 4-pound range, with the occasional fish 5 pounds or better.

8. West Point Lake – We venture back to Alabama and Georgia to West Point, which straddles the state line and is on the Chattahoochee downstream of Lanier. Spots dominate the fishery and offer exciting action. Trophies can be expected. 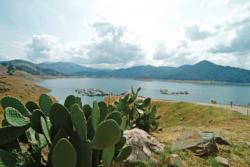 9. Pine Flat Lake – Pine Flat may be in California, but it has been stocked with the Coosa River strain of spotted bass. The holder of the world record – a 10-pounder – Pine Flat is a favorite destination for trophy hunters. Read more about Pine Flat in the above article.

10. Coosa River (below Jordan Dam) – The conclusion of this list obviously reveals that the Coosa River system is an unbelievable spotted-bass factory. Two other Coosa River impoundments also rank in the top 15. The actual river below Jordan Dam is a unique river for the Deep South and an amazing fishery. Read more about the Alabama/Coosa River in the above article.