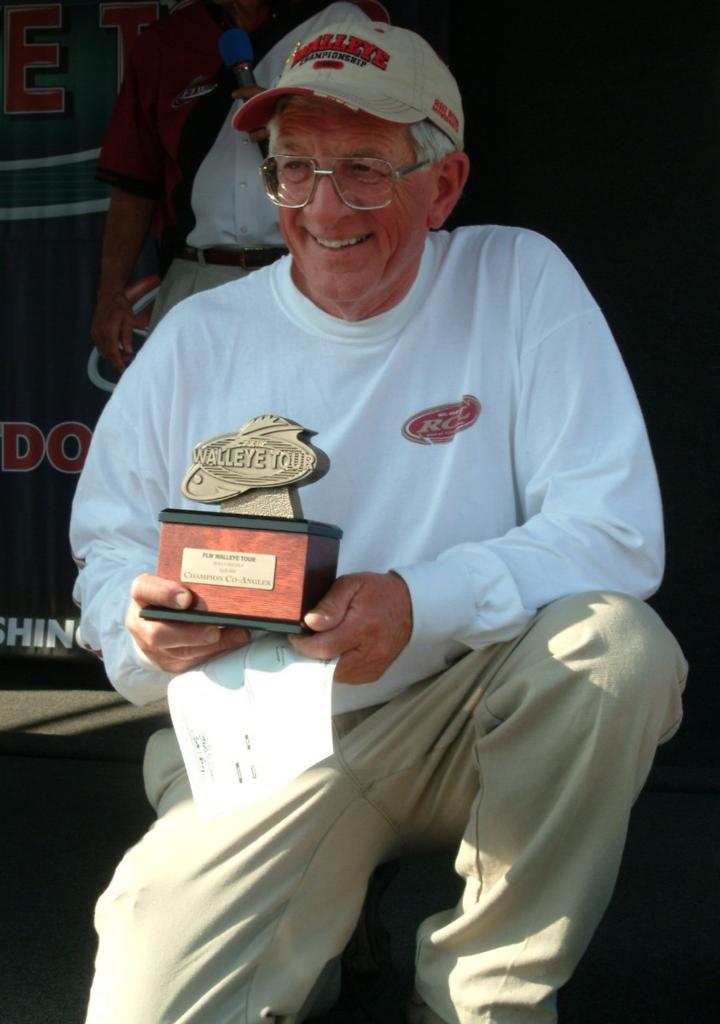 BULL SHOALS, Ark. – Co-angler William Brewer retained his lead on the final day of the Wal-Mart FLW Walleye Tour event by not catching a single walleye. Although Brewer and his pro partner, Nick Johnson, didn’t bring in a fish Saturday, they knew how tough the bite was and still liked their chances.

“We figured if they came in with one, it would be close,” said Brewer, who hails from Omaha, Neb. “When we got to the weigh-in tank, we didn’t see anything wiggle. We casted crankbaits every which way today. I don’t want anybody to shake my hand because it’s too sore.”

On the tough bite at Bull Shoals, Brewer said, “I’d compare fishing the past few days to climbing Mount Everest. It’s discouraging when you throw the whole bag of tricks at them and nothing happens. There is no shame in zeroing out in this tournament.”

Although Brewer walked away with a hefty check for $8,000, his only regret was not being an owner of a Ranger boat, which would have qualified him for extra prize money. He has no immediate plans for the prize money other than to hand it over to his wife.

“My wife said she can handle the money real well,” he quipped. “I’m seriously looking into getting a Ranger boat, as long as they paint it the same color as my new SUV.”

Coming in second for the co-anglers was Dave Crawford of Maybee, Mich. Crawford was yet another victim of the tough bite and finished the tournament with 15 pounds, 13 ounces. His efforts earned him a total purse of $6,775 thanks to a $2,500 boat bonus.

“I learned a lot about patience this week,” Crawford said. “I also learned a lot of different methods that should help me in future tournaments.”

Co-angler Jim Schleicher of Maxwell, Neb., zeroed for his third consecutive day, but still brought home a check for $2,750. His four-day total weight was 12 pounds, 9 ounces.

“On day two my partner was offered some dynamite, but he said he didn’t know where to throw it,” he joked. “It’s pretty disappointing; I never saw another walleye after that morning with Nick.”

Dana Delp of Lansing, Mich., was unable to catch a walleye on Saturday, but remained in the fourth spot for the co-anglers with a weight of 9 pounds, 5 ounces. Delp earned $2,000 for her fourth-place finish.

Fifth place went to Douglas Ohler of Mineral Point, Pa., who boated one walleye that weighed 2 pounds, 3 ounces. Ohler’s walleye moved him up four places and earned him a check for $1,700. His four-day total weight was 8 pounds, 12 ounces.

Rounding out the top 10 co-angler finalists at the FLW Walleye Tour event on Bull Shoals: