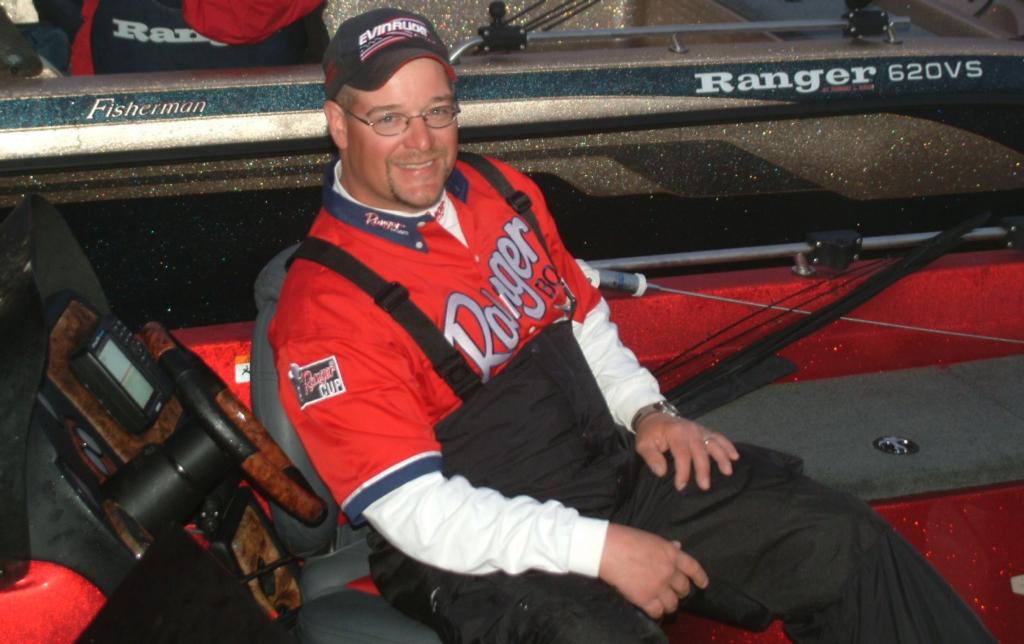 BULL SHOALS, Ark. – FLW Walleye Tour anglers woke up Saturday morning and feared the worst. What they saw was a thick layer of fog that blanketed Bull Shoals, causing concern for those chasing leader Nick Johnson.

Thankfully for some, the fog lifted in the nick of time and the takeoff was not delayed. Todd Riley, who currently sits in second place, summed up the situation by saying, “What a catch isn’t it? The fog won’t lift until the sun comes up, but the walleyes don’t bite after the sun comes up.”

Riley, who is only 3 pounds, 10 ounces behind Nick Johnson, then got serious and said, “I’m just excited to get out there and catch some fish.”

Pro John Kolinski and co-angler Kenny Brenner realize that, fog or no fog, they have a difficult task ahead of them.

“It’s possible to catch Nick, but it’s going to take a limit of fish,” said Kolinski. “I think today will be the worst of the four days because of the higher temperatures. I predict at least four people will zero.”

About his strategy for the final day, Kolinski said, “We’re going to continue throwing the crankbaits into shallow water. That’s the only thing that has been working, and nothing has changed in the past three days.”

Moline, Ill., native Kenny Brenner said he felt he was in line for some good luck.

Brenner then got somber and said, “I’m thankful to be here because my son is in Iraq. He told me that I deserve this. My goal is to qualify for the championship back home.”

Chris Gilman, who currently sits in fifth place, seems to be one of the only anglers willing to take a gamble on the final day of competition.

“I’m definitely trying to break into the top three,” he said. “I think I need four, because Nick is such a good fisherman he’ll at least get one. My philosophy is to go fish as hard as you can. This money is getting so big, it’s hard not to think about. At some point you’ve got to make a gamble.”

Asked to clarify his statement, Gilman unveiled his strategy for the day.

“I’m going to primarily stick to what got me here,” said Gilman, referring to casting crankbaits. “But at some point during the day, I’ll begin snap-jigging with shiners. It’s a technique they use a lot on Winnibigoshish and Leech Lake in Minnesota.”

The final weigh-in takes place today at 4 p.m. Central time at the Wal-Mart Supercenter on Highway 62/412 in Flippin, Ark. The winner on both the pro and co-angler side is determined by the largest total weight spanning all four days of competition.