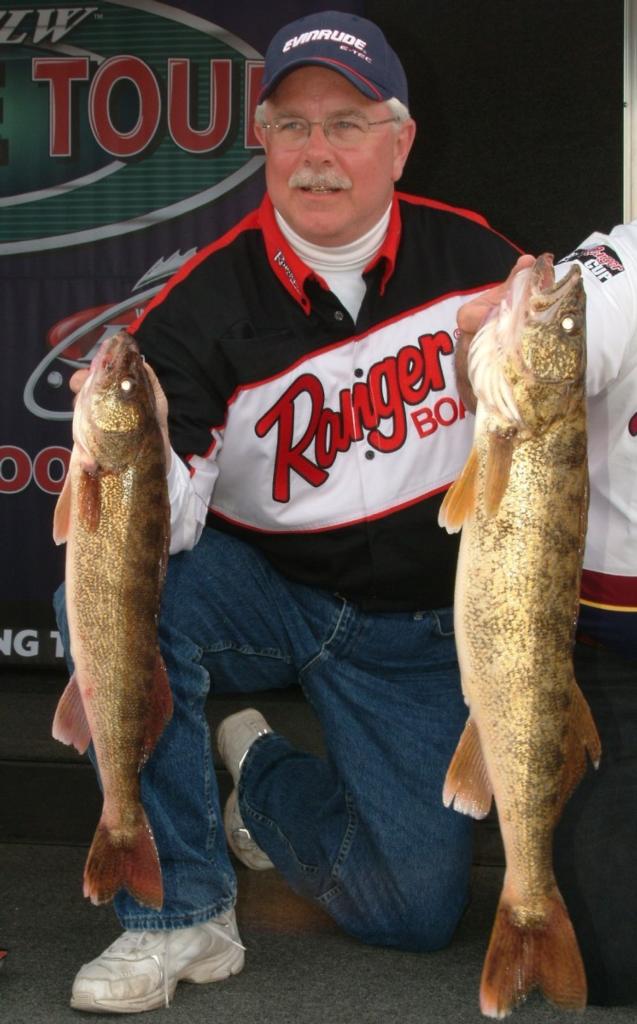 GREEN BAY, Wis. – Local co-angler Mark Cottingham continued his success on the final day of the Wal-Mart FLW Walleye Tour event and claimed victory participating in his first tournament of any kind. Cottingham was reunited with Pat Neu on day four and once again finished the day with favorable results.

The Green Bay native described his first occurrence as a tournament angler.

“It’s been such a wonderful experience, it went by real quick,” said an elated Cottingham. “When I was standing back by the tanks the nerves really started building.”

Cottingham wanted to thank the three pros he fished with, particularly Neu.

“I’ve had the fortune of fishing with Pat (Neu) for two days, ” he said. “He’s a great guy and a real teacher. I’ve learned so much in the past four days I would describe it as information overload. I think I am going to fish more tournaments now that I’ve got my feet wet.”

Coming in second for the co-anglers was Mike Lewis of Seymour, Wis. Lewis started the day in 10th place and made the improbable run to second via a 36 pound, 10 ounce catch. He finished the tournament with 101 pounds, 8 ounces earning a purse of $4,800.

“I think its cheating fishing with Dan Stier,” said Lewis. “The fish don’t have a chance.”

After spending a considerable amount of time on stage, Lewis said, “I have no problem standing up here. I thought I was going to be fifth at best.”

“We knew what we had to get, but it just didn’t work out,” said Konrad.

Randy Peterson of Omro, Wis., was able to catch five walleyes on Saturday, but still dropped to the fourth spot among the co-anglers with a total weight of 100 pounds, 3 ounces. Peterson earned $4,850 for his fourth-place finish.

Fifth place went to Scott Tipton of Box Elder, S.D., who boated four walleyes that weighed 20 pounds, 2 ounces. His four-day total weight was 97 pounds, 14 ounces, which earned him a check for $2,050.

Rounding out the top 10 co-angler finalists at the FLW Walleye Tour event on Green Bay: