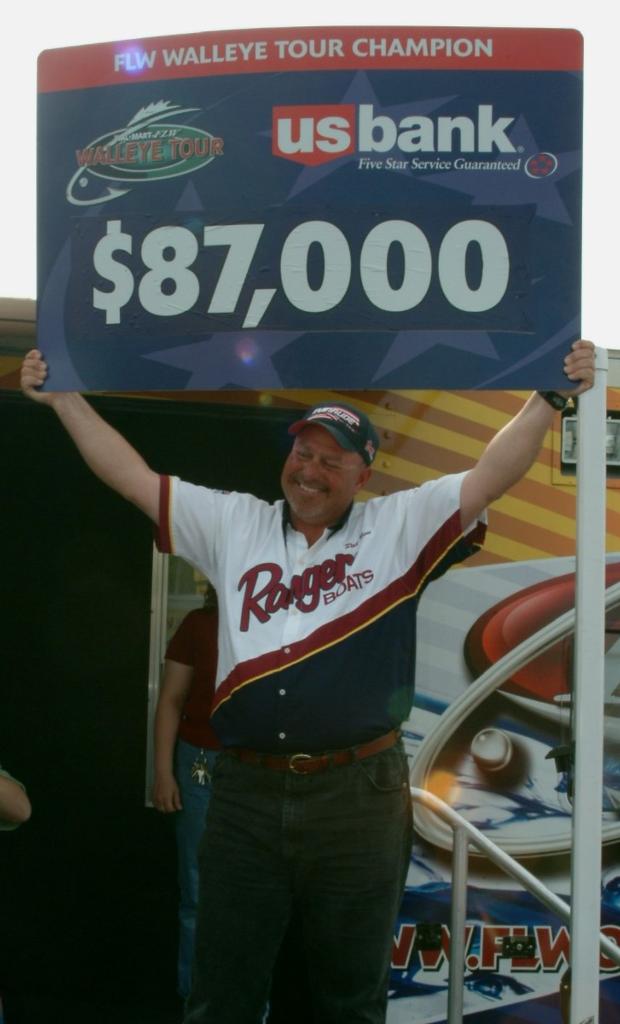 A visibly exhausted Neu relished his first victory on tour.

“It’s been a long time coming, but we finally did it,” gasped Neu. “We didn’t have our best day by any means; it was tough. I was bummed coming into the launch, but I knew I gave it everything I had. I’m quite frankly surprised it stood up.”

Neu and his partner Mark Cottingham caught five walleyes on day four that weighed 15 pounds, 7 ounces, bringing his combined total weight to 111 pounds, 8 ounces. Saturday was the first day the Forestville, Wis., native was unable to catch 30 or more pounds. Neu said his first spot along the Ocono River was largely unproductive, and he was forced to go to Plan B.

“We were forced to run down to the lower bay, where we caught a bunch of fish. I’m really glad I prefished it.”

Neu knows exactly where the winnings are headed.

“I just retired after the Lake Erie event,” he said. “This money is going in the bank. It’ll make retirement more comfortable.”

Schuette had his shot, finishes in second 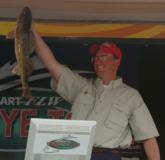 Pat Schuette came into day four trailing Neu by nearly a 6-pound margin. He felt optimistic about his chances, so long as the wind cooperated. After completing the trip to his early morning spot, he knew he was in trouble.

“We ran about 20 miles to our spot,” he said. “As soon as we got there, we could see the sand about 8 feet down, which I knew wasn’t good. Plus, there were already six or eight boats there.”

Schuette was still able to manage a five-walleye limit that weighed 17 pounds, 8 ounces. The Manitowoc, Wis., native’s total combined weight was 107 pounds, 12 ounces, which earned him a check for $18,500.

“I thought maybe I had a shot at it,” said Schuette. “I knew it was going to be tight. I lost five or six fish today and had several big ones on.”

Stier stays the course, moves up to third

Dan Stier brought in the largest sack on day four and moved from 10th place all the way to third. Stier caught five walleyes on day four that weighed 36 pounds, 10 ounces, including a 10-pound, 6-ounce kicker. His four-day total weight was 106 pounds, 14 ounces.

The Pierre, S.D., resident said he caught the majority of his walleyes close to the launch. “From the boat landing, you could probably see us fishing.”

Stier said, when the big fish hit, he was unable to get the planer board off the line. “It was stuck, so we grabbed the line and brought the fish in hand-over-hand.”

“My last four days were kind of a roller coaster, but I was fortunate enough to make the cut.” 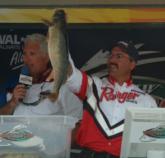 Rounding out the top 10 pro finalists at the FLW Walleye Tour event on Green Bay: