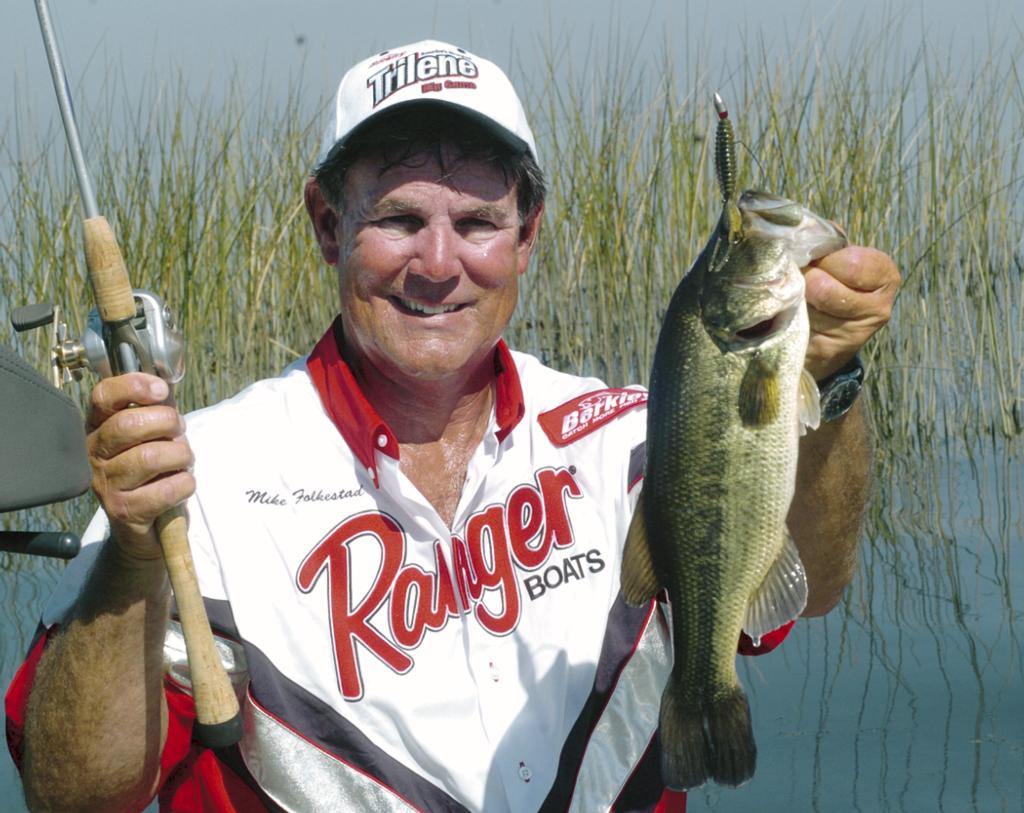 Mike Folkestad isn’t quite sure what to think about the term legendary, especially when it’s connected to his name.

“I’ve never really been one to seek out attention,” said Folkestad, the veteran bass pro from Yorba Linda, Calif. “But it’s nice when people say nice things about you. And, I guess when I look at my resume and the things I’ve accomplished, I’ve done pretty well.”

Before you review his resume, you better sit down, because you’re not going anywhere for a while.

In his 30 years on the tournament circuit, the 64-year-old Folkestad has racked up some impressive statistics.

His first big win came in 1975 at a Western Bass tournament at California’s Clear Lake. The wins have come steadily since, rarely more than a couple of years apart, in California and beyond. 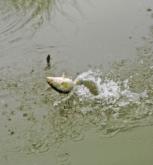 Folkestad has also captured several notable distinctions, the most recent being the 2004 EverStart Series Western Division points race. He was third in the Western Division in 2003, the division’s debut season. He has earned three WON Bass U.S. Open titles – one of the largest and most prestigious events in the West – which is more than anyone else. The competition for the event has been, and still is, stiff. Previous winners include Rick Clunn (twice), Gary Yamamoto and Aaron Martens. Folkestad has three other WON Bass titles to his credit as well. He also has eight Bassmaster top-10 finishes, including a win. His career earnings from the EverStart Series, BASS and WON Bass certainly approach or exceed a half million dollars (WON Bass does not track career earnings).

Doing that well for so long requires more than good fortune, according to Folkestad.

“I’ve never really thought luck played that much into it,” Folkestad said of his productive career. “I don’t think there’s any more luck in bass fishing than in other sports.”

The key to consistency, Folkestad says, is showing up prepared and with the right attitude.

“Fishing is much more of a mental game than many people realize,” he said.

Folkestad cited, as an example, his performance at a March 2005 EverStart Series tournament on Clear Lake where he lost several keeper fish and eventually finished in 71st place. 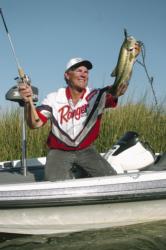 “I wasn’t mentally in the zone,” he said a couple of days after the tournament. “I was sloppy and didn’t want it bad enough.”

Folkestad, who is a good bet to qualify for the EverStart Series Championship, is almost always in the zone, in more than one way. Not only does he usually show up with a winning attitude, he’s always had a knack for finding fish, even in tough conditions.

Scott Mascadri of Sacramento, Calif., has witnessed Folkestad’s “sixth sense” plenty the last couple of years, as the two have become close friends.

“He’s really smart,” said Mascadri, who was leading the EverStart Series Western points standings at press time. “When he finds one fish, he will sit there for hours and totally dissect the area. He really knows how to adapt to these fish.”

Consider one of the more interesting facts on Folkestad’s resume. In 1992 he won a Bassmaster Invitational in Florida with a total tournament weight of just 14 pounds, 10 ounces – the lowest winning weight for a three-day event in the tour’s history.

The record doesn’t reflect poorly on Folkestad’s fishing ability. On the contrary, it’s proof that he can excel under difficult conditions, an ability the Southern California native fine-tuned while growing up chasing bass in the region’s deep, clear, tough-to-fish lakes.

It appears Folkestad, who owned an electrical contracting company until the early 1990s, will spend the twilight years of his career focusing on his home lakes. Although his stellar performances in the EverStart Series Western Division earned him a spot on the lucrative Wal-Mart FLW Tour, Folkestad hasn’t jumped at the opportunity.

Not that Folkestad plans to slow down too much, or too soon.

“I’m still going to fish about 20 tournaments this year,” Folkestad said. “And as long as I’m healthy and can get around in a boat pretty well, I’ll be out there.”

Mike Folkestad finds few things more boring than working a lure through open water. He wants his bait to be in contact with something, which is why he is such a fanatic for fishing structure, whether with his favorite jig, a drop-shot rig or even a crankbait.

He starts by using his boat’s electronics to find potential fish-holding structure. Working his bait through the area, Folkestad gets an even better picture of what’s below the surface. Finally, he relies on his keen senses to detect bites that may feel little different than the bait bouncing around on rocks and sticks.

The first step is pretty easy, but the second two are less so. Developing a good feel takes practice and patience.

“I’ll have guys who are with me who are good fishermen, but I’ll catch three or four to their one,” Folkestad said. “They just don’t have the feel.”

Folkestad said he has learned to associate a certain “scraping” feel with success.

“That scraping just seems to attract fish, maybe because they’re curious,” he said. “But when the bottom feels right, I just know I’m going to get a bite.”