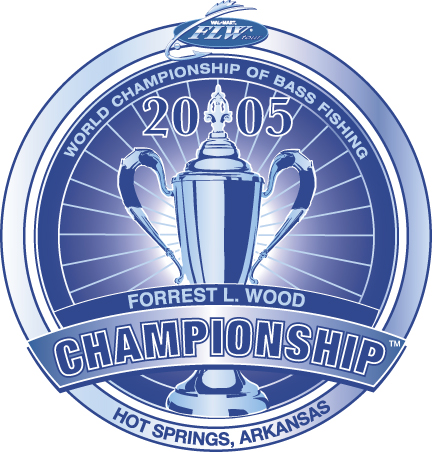 With the 2005 FLW Tour Championship quickly approaching, FLWOutdoors.com once again will be hosting our own version of the “virtual championship” – a featured daily poll where readers can make their own picks and weigh in on exactly who they think will be crowned champion during the July 13-16 year-ending event in Hot Springs, Ark. For the next two weeks or so, FLWOutdoors.com will be asking readers to vote each day on who they think will advance in each of the daily bracket challenges.

Polls are located in the lower right-hand corner of FLWOutdoors.com’s home page and in the same area of the FLW Tour page. After each day’s votes are tabulated, the virtual championship bracket will be immediately updated to reflect the readers’ choices. Full details of Virtual Championship 2005 are provided underneath the bracket.

Scott Suggs – No. 12 seed: Suggs may be an unfamiliar name on the FLW Tour, but it won’t be for long if this pro’s inaugural season is a harbinger of future performance. The Bryant, Ark., pro’s commanding first year on the FLW Tour brings to mind Sherman’s historic march to the sea, but Suggs’ destination was Lake Hamilton – the site of the FLW Tour Championship to take place in Hot Springs, Ark. Along the way, he multiplied his FLW Outdoors career earnings by more than a dozen times (now totaling $55,226), picked up a tour top-10 at Wheeler Lake (sixth) and ended the regular season ranked an amazing 12th among the FLW elite. This was achieved through remarkably consistent fishing in the latter half of the season, with Suggs never finishing worse than 32nd in the final four events, punctuated by a strong 16th-place finish at the final event of the regular season. Add to these achievements the fact that the BFL Arkie Division veteran will vie for an FLW Tour Championship title on a lake less than 50 miles from his home, and it is clear that Suggs is a strong contender despite his newcomer status. 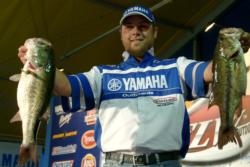 Todd Ary – No. 37 seed: It’s clear that Moody, Ala., pro Ary has a knack for fishing at a high level, with 2005 marking his third championship appearance in as many years on tour. Having amassed three top-10 finishes and nearly $120,000 in career earnings during his tenure with FLW Outdoors, Ary would be a threat in any championship year. But he hasn’t scored an FLW Tour top-10 since he started the circuit in 2003, and last year his championship hopes were dashed in front of a hometown crowd when he matched red-hot Greg Hackney in the opening round only to lose by tiebreaker. In other words, the members of this bracket group should be wary of Ary, who will undoubtedly be ravenous for a final-round performance. 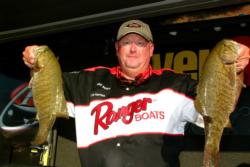 Chip Harrison – No. 13 seed: A 10-year veteran, Harrison has more years’ worth of experience on the FLW Tour than the rest of his four-man bracket combined. The Bremen, Ind., pro is coming off his best year on tour thus far, earning his first tour top-10 at Wheeler Lake and having fished consistently enough to end the season ranked 13th. Harrison’s largest payday came in 1999 when he placed fourth in the Ranger M1 competition, and he’s earned nearly $214,000 overall in FLW Outdoors-related events. Harrison qualified for the FLW Tour Championship once before in 2003, and he’s poised to put his experience to work in what could be the high-point of his notable career.

Steve Kennedy – No. 36 seed: Kennedy was an EverStart Series king in 2005, having earned the points title in the Southeast Division and ranking third in the Central Division. The Auburn, Ala., angler picked up his second FLW Tour top-10 this year at Lake Okeechobee and just missed the finals at the Ouachita River, where he placed 11th. But Kennedy is no stranger to the top 10, having reached it an astonishing 23 times – including six wins – and earning over $310,000 in the process since he began fishing in FLW Outdoors-related events a decade ago. Kennedy is coming off of a respectable 21st-place finish at the season-ending event on the Potomac River, so momentum is on his side. This year marks the EverStart stalwart’s debut in the FLW Tour Championship, where he will likely have his sights zeroed in on yet another crown.