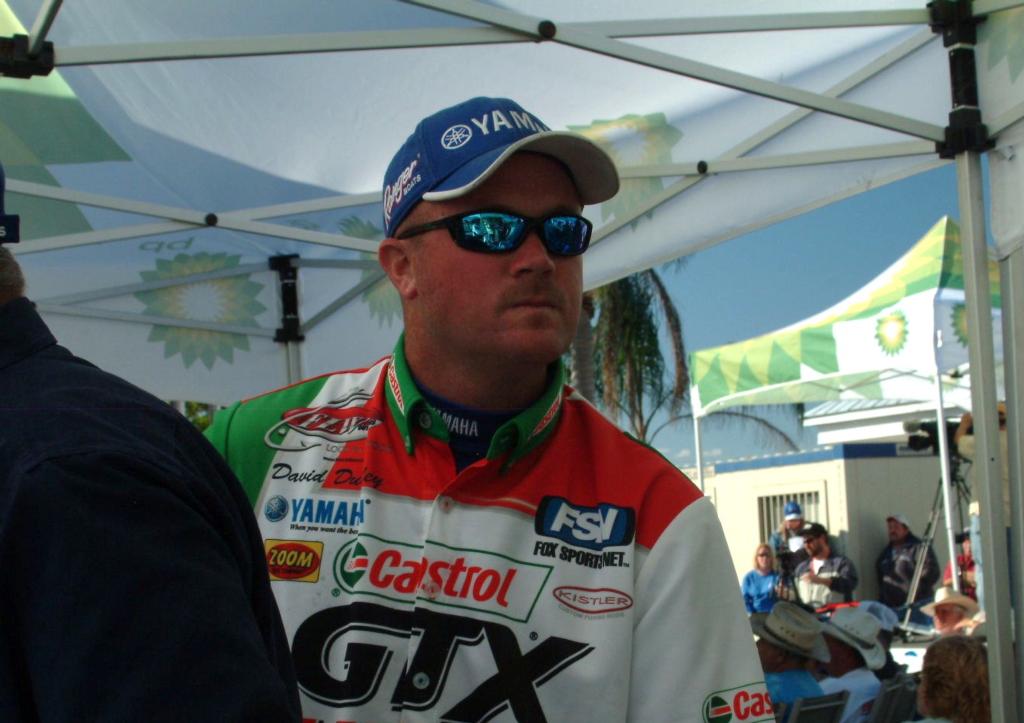 Ugly day on Okeechobee … While the bright sunshine made for a pleasant weigh-in, the conditions on Lake Okeechobee today were absolutely brutal. As is usually the case, the second day of the cold front is the stingiest. Not only were the bass not in the mood to bite, but there were simply very few areas that were fishable. How is that possible on a lake that covers some 460,000 acres? First and foremost, the water on the north end of the lake dropped roughly 8 inches making boat travel difficult if not impossible. Many of the best spots on the north end were completely high and dry. On the south end, the strong winds and rising lake level muddied up the water. Simply put, Florida is notorious for having some of the most uncooperative cold-front conditions. As proof, only 29 of the best pro anglers in the business caught limits on a lake that is known as the bass capital of the world. But there is good news for the 10 pros who qualified for tomorrow’s final round. Temperatures are forecasted to be in the upper 70s with just a slight breeze. 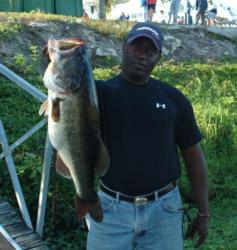 Haymon hooks up twice … Co-angler Tony Haymon had both the biggest fish of the day and the best story of the day. Fishing in the Indian Prairie Canal, Haymon hooked up with a 9-pound, 9-ounce largemouth on a Senko. Unfortunately, the Lake Okeechobee monster broke his 10-pound test line. Roughly 45 minutes later the Penney Farms, Fla., native hooked up the monster again, this time with a black Trick Worm. After a brief struggle, he was able to the land the hungry fish, which currently stands as the biggest of the tournament. The best part? Haymon got both his hook and Senko back, which were still stuck in the fish’s mouth. He also received $300 for the Snickers Big Bass award and $3,000 for finishing in ninth place.

Totino’s pro hotter than an oven … It sure didn’t take pro Tim Johnson long to acclimate to pro bass fishing’s top level. Last year at this time Johnson won the Wal-Mart FLW Tour season opener on the Big O, cashing a $20,000 check as a co-angler. He finished the season as the fourth-ranked co-angler and took 10th place at the 2006 FLW Tour Championship. The Dallas, Ga., native also competed as a pro in the FLW Series, and the results were impressive to say the least. He finished the season as the 27th-ranked angler, meaning he has already qualified for the $2 million 2007 Forrest Wood Cup, the richest championship in the history of professional bass fishing. The 2006 season was so good to Johnson that part of him never wanted it to end. With prequalification already in hand, it appears Johnson has kept some momentum going in 2007. “This is something I’ve always wanted to do,” Johnson said. “I’ve had a five-year plan to phase out my current job and become a full-time pro. I fished the tour as a co-angler, hoping to finish in the top 10 and become a boater in 2007. It feels kind of strange to have never fished an FLW Tour event (as a pro) and already be qualified for the championship.” Johnson was yet another victim of the north winds as he managed only a single bass on day three. Still he earned valuable experience and a check for $2,000. “I’d like to get back to where I was on day one, because I know they’re still there,” he said. 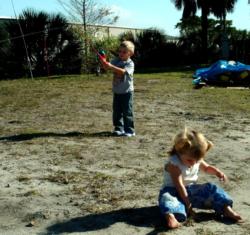 Mason hitting his targets too … David Dudley wasn’t the only member of the family hitting his targets with perfect casts today. Young Mason Dudley was seen around the marina area casting his new Superman rod and reel all over the place. His main target was his sister, Anna, who didn’t seem to appreciate the attention. Anna wasn’t the only one getting bombarded, as Mason was snagging many anglers’ ankles and wrapping line around their knees. Thankfully, his lure was plastic and hookless, perfect for practicing. According to his wife, David was getting sick of Mason throwing his expensive rods overboard, hence the smart purchase of the Superman rod.

Pruitt makes the best of a tough situation … After yesterday’s heartbreaking episode, pro Bud Pruitt picked himself up and caught a five-bass limit that weighed 10 pounds, 13 ounces. That limit enabled Pruitt to head home with an $11,000 check for 30th place. It’s not the $125,000 he coveted, but it’s a heck of a way to salvage a tournament. “I’ve been on some good fish over the years, but I don’t know if I’ve ever been on fish like that before,” said the Spring, Texas, native. “I guess it just wasn’t my turn.”

10: Number of top-10 finishes for co-angler Stetson Blaylock in just over three seasons.

8: Number of co-anglers who failed to catch a keeper-sized bass during the three-day opening round. 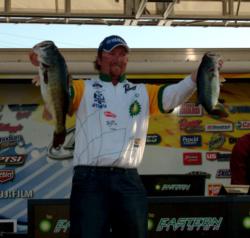 9-9: Pounds and ounces of Haymon’s bass, the heaviest of the tournament thus far.

21-5: Pounds and ounces of No. 3 pro Wesley Strader’s five-bass limit on day three, the heaviest limit of the tournament thus far.

“Here you’ve got to play the weather. I’ve caught them different everyday. You just go out there and make decisions based on instinct.” – Dudley, explaining his Big O strategy.

“I was like a seal; I just flopped right over the edge of the boat.” – pro Fred Contaoi, who blamed his dip in Lake Okeechobee on too much boat polish.

“I had a tough week and a tough practice. I never really caught much at all.” – Berkley pro George Jeane Jr., giving a brutally honest assessment of his performance.

“I tried to use dynamite today but Charlie doesn’t like that too much.” – High Point, N.C., pro Rick Marsh.

“It’s been a tough week but I’ve still got to be thankful for having the best job in the world.” – pro Brennan Bosley

“I want to be the first one to wish you a happy 30th birthday.” – tournament official Tim Porter, graciously aging pro Mary Divincenti.