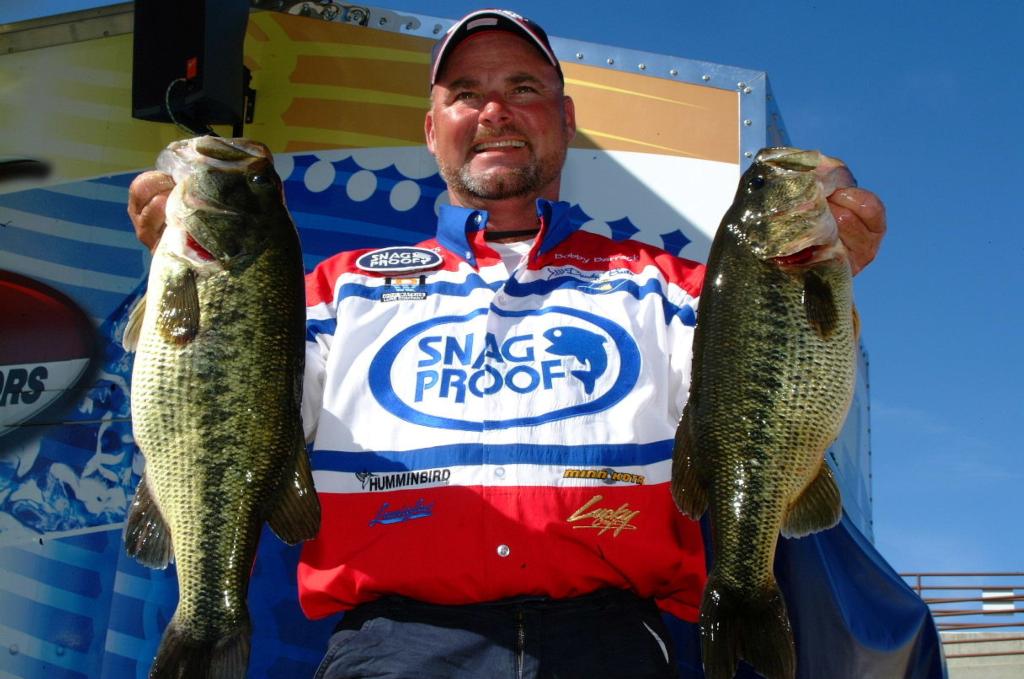 BETHEL ISLAND, Calif. – Today was the day the big bass finally came out of hiding.

While the results of yesterday’s Wal-Mart FLW Series National Guard Western weigh-in were pretty impressive in their own right, Thursday’s onstage display was nothing short of extraordinary. Pros and co-anglers once again combined for a total weight in excess of 4,000 pounds – 4,452 pounds, 12 ounces to be exact – but the big story of the day was the staggering numbers of gargantuan largemouth bass that finally emerged from the deep.

By the time weigh-in had concluded, anglers had paraded a whopping seven fish greater than 10 pounds and another six larger than 9 pounds, 2 ounces across the stage. Throw in a couple of large 8-pounders and an endless stream of 7-pounders and it quickly became apparent that bass-fishing fans lucky enough to be in attendance today truly got their money’s worth – and then some.

“This tournament has turned into a big-fish derby,” said Bobby Barrack of Oakley, Calif., who leads the entire pro field after the second day of competition on the Delta with an incredible two-day total of 51 pounds, 6 ounces. “Now it’s no longer who gets the big bite, it’s who gets the biggest three bites. I’m going to have to go out there tomorrow, swing for the fences and see if I can catch three tanks, because that’s probably what it’s going to take from now on.”

Although Barrack is clearly the front-runner, the Oakley native said that he still has plenty of work to do to claim the title and walk away with the first-place prize of $125,000.

“These fish are changing every day now,” he said. “With the water warming up, it looks like the really big fish are starting to show up again. So I’m just going to keep grinding it out. I’ll probably switch to a bigger bait tomorrow. Right now, I’ve got a little thing going where I can get those big bites. But I’m still not getting a lot of bites – about eight per day – so I’m kind of living on the edge. Overall though, I feel pretty good.”

Barrack has been using a new prototype Dandy bait – both a jig and spinnerbait – designed by co-angler Andy Scholz of Reno, Nev., to land the majority of his catch. However, he said he might begin employing some larger swimbaits in Friday’s competition so he can take part in the growing “big-fish derby.”

“I’m going to have my opportunities tomorrow,” he said. “I just have to take advantage of them.”

After tomorrow’s competition, the top 10 anglers with the greatest overall three-day weight will make the cut and compete during Saturday’s finals. Ultimately, the angler with the largest four-day total will take home the first-place trophy. 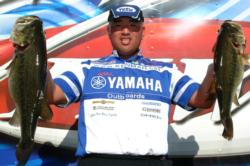 On the strength of a two-day catch of 50 pounds, 13 ounces, Ken Mah of Elk Grove, Calif., moved up to second place overall and, most importantly, within striking distance of a tournament title.

“Things are going pretty good right now,” said Mah. “I’m cranking, flipping and burning a lot of gas. I’m catching between 15 and 20 keepers a day rolling with the tides. So it feels good. But I’m definitely keeping things in perspective.”

Mah said he is targeting isolated cover and scattered grass beds in about 2 to 8 feet of water.

“Isolated cover is the key, because the fish aren’t on the banks yet,” he said. “They are kind of in a staging area right now.”

However, like the other front-runners, Mah knows he still has two tough days of fishing ahead of him.

“I feel great today, but I’ll probably start to get nervous on Friday,” said Mah. “It’s nice to be in the top 10 right now, but being in the top 10 after only two days doesn’t mean anything. You have to be there at the end.” 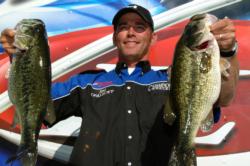 Meanwhile, Michael Rooke of Lake Havasu City, Ariz., used a catch of 49 pounds, 9 ounces to remain in fourth place overall for the second day in a row.

Rounding out the top five finishers after the second day of competition was Chris Raza of Roseville, Calif., who netted a total catch of 49 pounds, 4 ounces.

Pro Greg Hines of Lakeside, Ariz., and Jerry Fischer of Lincoln, Calif., tied for the day’s Snickers Big Bass award in the Pro Division, each weighing a 10-pound, 2-ounce largemouth.

Pat Wilson of Penngrove, Calif., used a two-day catch of 39 pounds, 2 ounces to vault from the 10th position into first place.

“I just got some key bites today, and that was the difference,” said Wilson. “I probably caught about 15 keepers today and had a limit by 10:30 a.m. I actually caught more fish yesterday, but they weren’t of the same quality. My goal all along was to catch between 14 and 16 pounds each day, and I think if I can catch 15 (during tomorrow’s co-angler finals) I should be right up there.”

Wilson said he is fishing a combination of plastic worms and swimbaits in anywhere from 2 to 12 feet of water.

“For me, the color of the baits I’m using is key,” he said. “The fish are moving up, and I’m catching them mostly on weed beds and in lily patches.”

“We really had to adapt today,” he said. “I think at about 11 a.m., my pro partner and I only had one fish in the boat each. But then we changed things up, and by 1 p.m., we both pretty much had our limits.”

Iloski credited his pro partner, Steve Sapp, for much of the day’s ultimate success.

“Steve has fished this body of water for like 30 years, so he knows everything about it,” he said. “This place is huge, but Steve doesn’t even need a GPS; he just knows where he is and where to go at all times. He’s just phenomenal.”

Iloski – who has never fished the Delta before in the life – said he couldn’t be happier with the way the tournament has been progressing.

“My family is just ecstatic,” he said of his success. “I feel really good right now. I know I’m kind of at the mercy of my pro partner tomorrow, but I think I’ve figured a few things out. I’m catching 12 to 15 fish a day, and if I can continue to do that, I should be fine.” 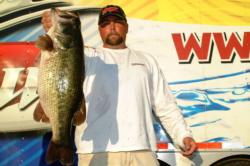