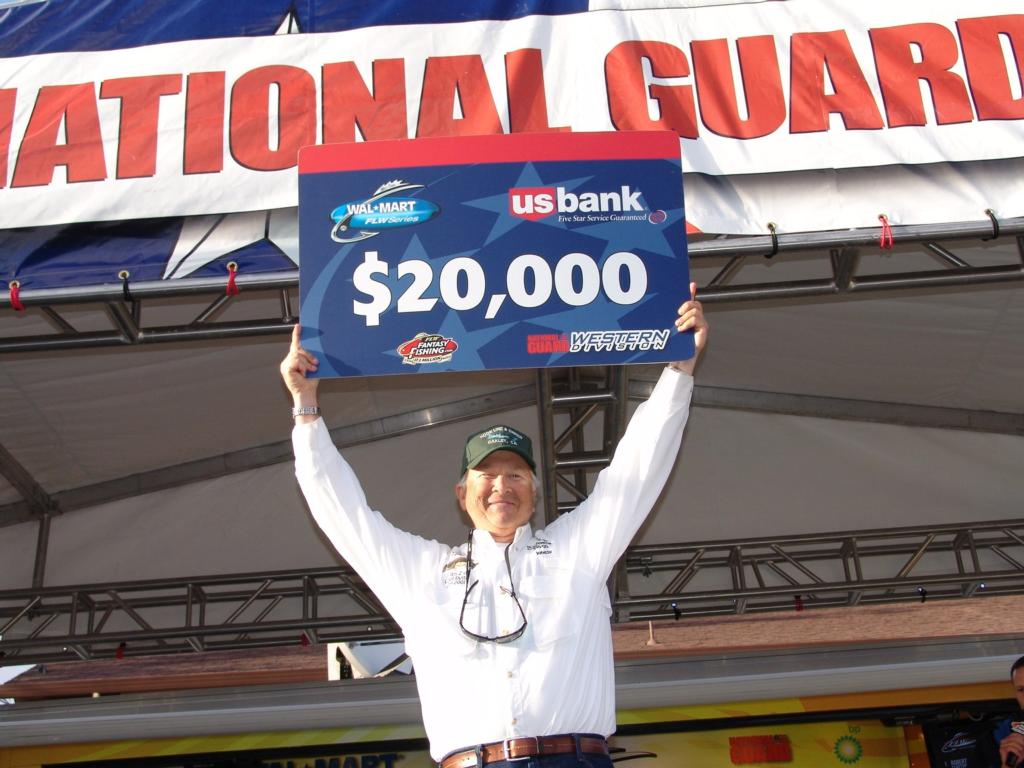 OAKLEY, Calif. – Robert Jones of Clayton, Calif., maintained the lead he established on day two and packed on another 15 pounds, 4 ounces Friday to win the Co-angler Division of the Wal-Mart FLW Series National Guard Western Division tournament on the California Delta.

During prefishing, Jones identified the baits that he would use all week: beavers, jigs and drop-shots. These baits are not his preferred tactics, but he committed himself to doing what he knew would produce the numbers he needed.

“I love to power fish, I love spinnerbaits and crankbaits, but I just wasn’t catching big fish on those baits,” Jones said. “I stuck with what I was doing in practice.”

Finishing with 58 pounds, 11 ounces, Jones edged out second-place co-angler Aaron Reitz by 5 pounds, 6 ounces. He secured that margin late on day three. “I caught the 5-pounder that gave me the (victory) in the last two hours.”

With more than two decades of Delta experience, Jones said he was fortunate that his pro partners all chose to fish mostly in and around the tules. However, he also noted that despite his extensive local knowledge, he still learned a few things from his boaters.

“Every pro I fished with taught me something about how to fish certain baits,” Jones said. “I’ve lived here for 25 years, and I’ve been driving by just about every place that they fished and never knew there was fish (on the spots). These guys are fantastic fishermen, and they know how to find these fish.” 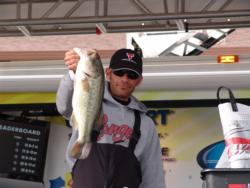 Having practiced with National Guard pro team member Tim Klinger, Reitz determined that drop-shotting would be his main technique. The plan worked well and helped Reitz move up 12 spots from 13th on day two to end his co-angler campaign with 53 pounds, 5 ounces.

“It really went off in practice, so I had a lot of confidence and I stuck with it,” Reitz said. “I only got seven or eight bites a day, but they were the quality fish that I needed.”

Reitz rigged his drop-shots with 6-inch Roboworms in the Margarita Mutilator color.

“I fished tules for three straight days and picked apart every tule I saw,” he said. “I varied my retrieve a little – one day they wanted it one way, and the next day they wanted it a different way. It was all in the way you shook it.” 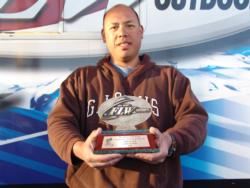 Rounding out the top 10 co-anglers at the FLW Series Cal Delta event: 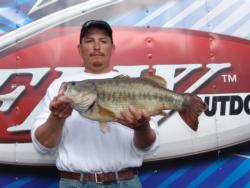 pound, 9-ounce stud big enough for the Snickers Big Bass award. Fishing weedlines outside of tules in 10 feet of water, Fonseca rigged his drop-shot with a 6-inch Roboworm in the Margarita Mutilator color.

Fonseca said presentation speed was the key: “I had to fish slow – so slow that it hurts.”