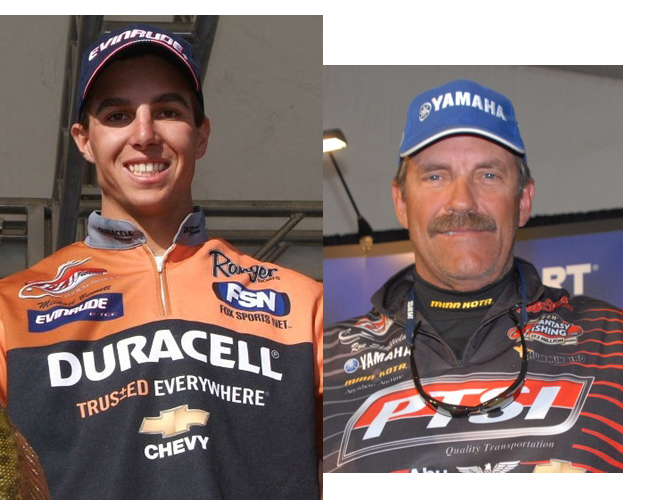 Sponsored teams competing on the Wal-Mart FLW Tour may think the 2008 season has a sense of deja vu about it, but Lake Toho was no illusion – it was a page ripped from history. Like in 2007, this year began in the Sunshine State, and the authors of the season’s first chapter were teams Duracell and PTSI, leading their divisions after stop No. 1.

2008 opened with a tour stop in central Florida on Lake Toho; 2007 opened with an FLW Tour event about 90 miles south on Lake Okeechobee. This year saw Team Duracell charging to the top of the Division I leaderboard and Team PTSI hauling in a Division II victory – the same story as last year. The only real difference in the plot is that these were new teams in 2007; now with a year of sponsor-team competition under their belts, it seems clear that Duracell and PTSI want to dispel any myths of beginner’s luck when it comes to professional bass fishing on tour.

About 20 teams – separated into two divisions based on team size – visited a tough-fishing Toho ready to compete as February gave way to March and the FLW Tour began its 13th season. Familiar teams will clearly be a factor in 2008, but new team names are already parked near the top of the leaderboard as well, indicating that this year will again be an exciting one to watch as sponsor-team competition unfolds.

The season opener came a little later in the year than usual for the FLW Tour as the Toho tournament took place Feb. 28-March 2 in Kissimmee, Fla., but the top teams remained the same as in last year’s mid-February opener. Team Duracell eked out an event win in Division I, ending the tournament a scant third of a point ahead of the runners-up. In Division II, however, Team PTSI blew by the nearest competition by a length of 25 points. Just beginning their second seasons as sponsor teams on the FLW Tour, that makes three event wins for Duracell and two for PTSI.

Like in years past, sponsor teams are divided into two divisions: Division I, comprising teams of three or more professional anglers, and Division II, comprising teams of fewer than three pros. Keep tabs on your favorite teams’ progress as they compete this week, April 3-6, at the second stop of 2008: Lewis Smith Lake in Jasper, Ala.

Look for results from Smith Lake by mid-April. Results from Lake Toho, as well as an explanation of team scoring, are detailed below:

Team Duracell turned on the juice at Toho by opening the season with a 130.67-point win. New to the sponsor roster but hot on the heels of Duracell, Team Pringles proved it will be one to watch in 2008, finishing the event in second place with 130.33 points. A mere two-thirds of a point behind in third place was yet another new addition to this unofficial sponsor competition: Team Prilosec.

With the top five teams separated by just more than five points after stop No. 1, Division I could provide the scrappiest sponsor competition to date since FLWOutdoors.com started keeping track of team points.

Pulling away from Toho, PTSI is viewing the competition in its rearview mirror, and pro Ron Shuffield of Bismarck, Ark., is in the driver’s seat. His amazing third-place finish at the season opener earned 198 points, giving PTSI a decent buffer heading into Smith Lake. But if M&M’s pro Pat Fisher of Buckhead, Ga., continues to live up to his name – and keeps notching top-10 finishes like his outstanding seventh-placing showing at Toho – PTSI will need to keep looking over its shoulder to stay ahead.

A look at the Division II leaderboard would give the illusion that some of the eight teams are already out of the running for an overall win at season’s end. However, since Division II’s teams have fewer numbers of anglers to equalize seasonal averages, the points standings can turn on a dime and frequently do from one tourney to the next.

Points in the 2008 sponsor-team race will be earned during the FLW Tour’s six qualifying events and monitored throughout the season. Standings are based on the average number of points earned by a team’s anglers as assigned in the tour’s Land O’Lakes Angler of the Year competition.

Sponsor teams competed in the most recent FLW Tour tournament at Lake Toho near Kissimmee, Fla., and results from that event have been tallied:

Division I – Lake Toho (teams with three or more anglers)

Other notable performances at Lake Toho among anglers on sponsored teams included an unsurpassed win from pro Brett Hite, representing newcomers Team Coppertone; an incredible runner-up finish for Castrol’s Carl Svebek III; a super fifth-place finish for Team BP from the reliable Shinichi Fukae; yet another fantastic finish for Kellogg’s pro Clark Wendlandt, who ended the event in the 12th slot; and a vital 23rd-place finish for Tim Klinger, wearing the colors of the National Guard.