Bite, weights expected to get hotter, heavier on day two 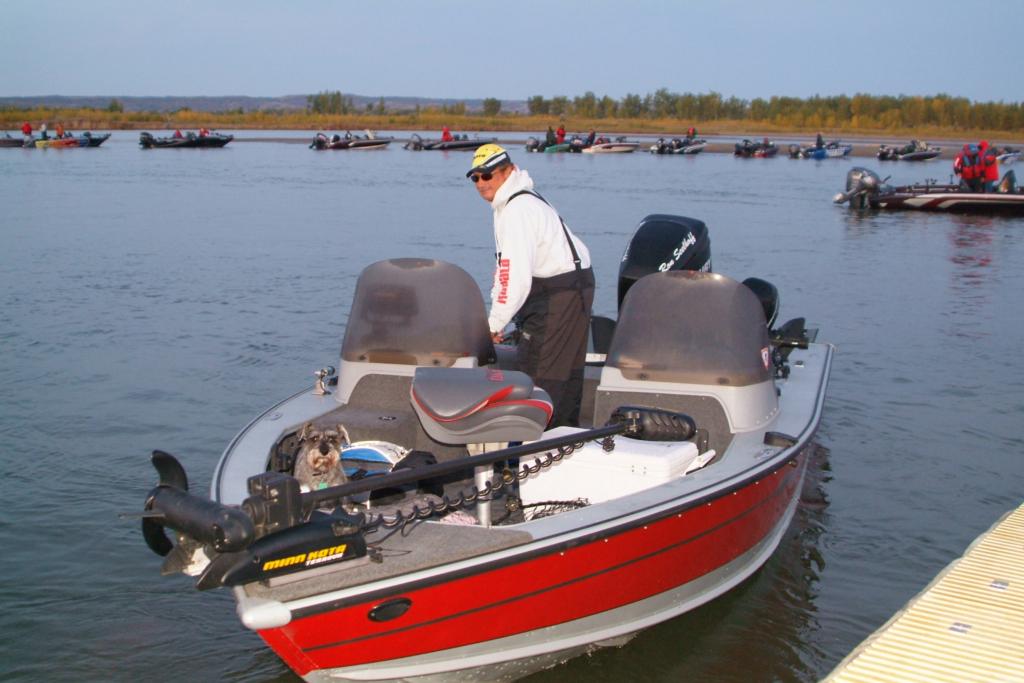 BISMARCK, N.D. – Warmer weather in the Bismarck area Thursday might be the biggest factor influencing the bite on day two of the Walmart FLW Walleye Tour Championship.

Wednesday’s opening round was accompanied by a cold front that capped the daytime high at 68 degrees, but, more importantly, dropped the water temperature in the Missouri River about 5 degrees to a range of 63 to 66 degrees. Not surprisingly, the torrid bite that had prevailed during practice skidded to a halt, and nearly every pro and co-angler who weighed their bag of fish onstage at the Bismarck Civic Center did so while telling a tale of fickle fish and missed opportunities.

Yet 38 boats among the field of 54 caught a five-fish limit, and with the air temperature forecasted to hit 83 degrees Thursday, everyone is expecting the bite to rebound.

That includes leader Ron Seelhoff, who brought an impressive 18 pounds, 8 ounces to the scales Wednesday to take a 9-ounce lead. Seelhoff, no stranger to having the lead in a championship event, started day two with his customary confidence.

“If there’s one water where I remember how to be successful, this is the place,” Seelhoff said prior to takeoff. “I’m not in the habit of saving a lot of data because I’ve never fished the same area twice. River fish are always biting somewhere.”

The Burlington, Colo., pro will begin day two the way he finished day one: trolling crankbaits on either leadcore or braided line, depending on the depth he wants to reach. Most of the time he said he’s running his lines 40 feet to 100 feet behind the boat. His best lure Wednesday was a Rapala Minnow Rap. 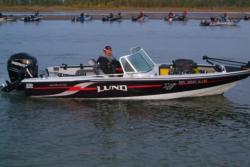 Ted Takasaki is another pro who expects the bite on day two to pick up, yet he doesn’t think it will take a huge weight to maintain or improve his current standing as the third-place pro.

Nearly every boat in the tournament is fishing a two-mile stretch of river near Fort Yates, where fat walleyes from shad-rich waters farther south are making their way upstream. Seelhoff said he isn’t concerned that all the fishing pressure will affect the bite because new fish are moving upstream all the time.

“Yeah, it’s getting worked over pretty hard,” Seelhoff said. “But I got five there yesterday and then hit another location. I’ll do the same thing today if I get five fish early.”

Meanwhile, Todd Riley said he will continue his search for a winning formula. The Amery, WIs., pro starts day two in 38th place with 9 pounds, 6 ounces. He jigged with live bait to round out a limit of five Wednesday, but said he will troll to start the day Thursday.

“Jigging works fine,” Riley said, “and I wish I could stay with it. But it’s not catching the right fish. The bigger bites are coming on cranks, so that’s how we’ll go.”

The Co-angler Division is led by Del Ringling of Valley, Neb.

On day one, the total catch among all 108 anglers was 237 walleyes weighing a cumulative 601 pounds, 6 ounces.

Day’s outlook: mostly sunny and warm with SE winds from 5 to 10 mph