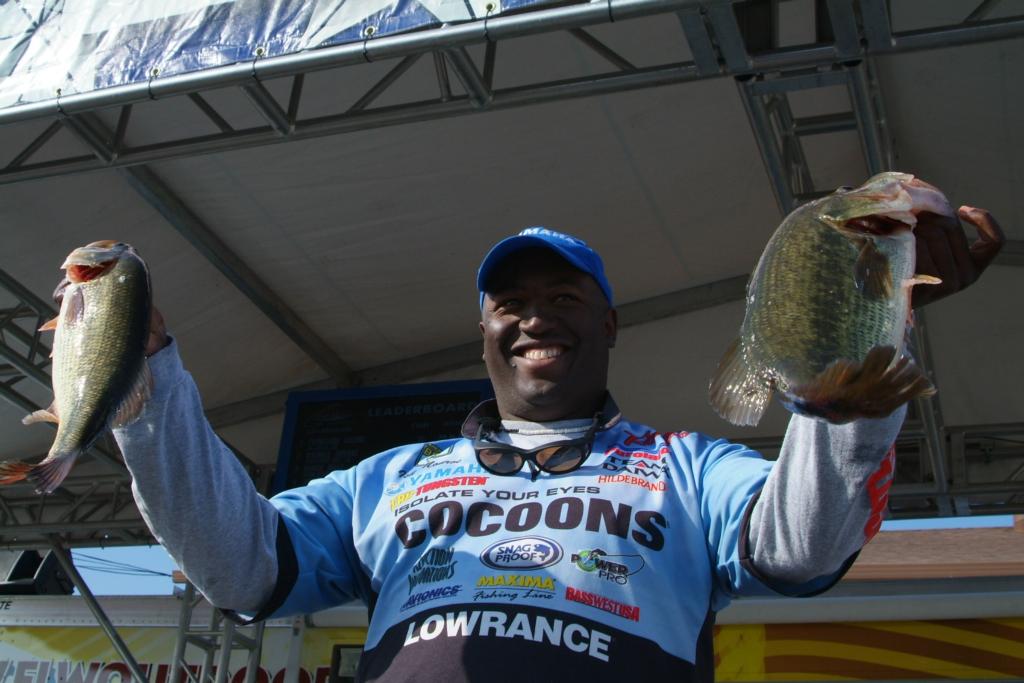 OAKLEY, Calif. – As the weather has changed every day since the start of the Walmart FLW Series National Guard Western Division finale on the California Delta, so too have the anglers atop the leaderboard.

A warm day one ended with Scott Nielsen of Salt Lake City in first place. A windy day two saw Mike Reynolds of Modesto, Calif., rise to the top. Now, on a cool and windy third day, Ishama Monroe of Hughson, Calif., has claimed the top spot with 53 pounds, 4 ounces, which is 3 pounds better than his nearest challenger. Monroe has achieved a consistent pattern that’s landing him anywhere from 30 to 50 fish per day. Consensus opinion says it will be tough to knock off the angler who calls the Delta home water.

But the Delta being what it is, anything can happen when the fourth and final round gets under way at 7:15 a.m. Saturday. Ten pounds separates first from 10th place, and 10 pounds is just one cast away on the Delta.

As is second-place Reynolds (50 pounds, 10 ounces), who said he felt the pressure that comes with being the leader going into today’s third round.

“I rolled around in bed last night trying to come up with some new ideas,” Reynolds said. “But then I went back to doing what I did yesterday. You have to when you pull that kind of weight.”

Lee, Barrack and Weyer all cracked the top 10 for the first time today. Falling out were Nicholas Kanemoto, Timothy Venkus and Ken Schmitt.

Once again on Friday, the wind blew incessantly from the north. The water temperature dropped 4 degrees. Much of the water is unfishable due to the extreme turbulence. But the Delta offers protected channels and coves that will certainly be where the pros focus their efforts Saturday.