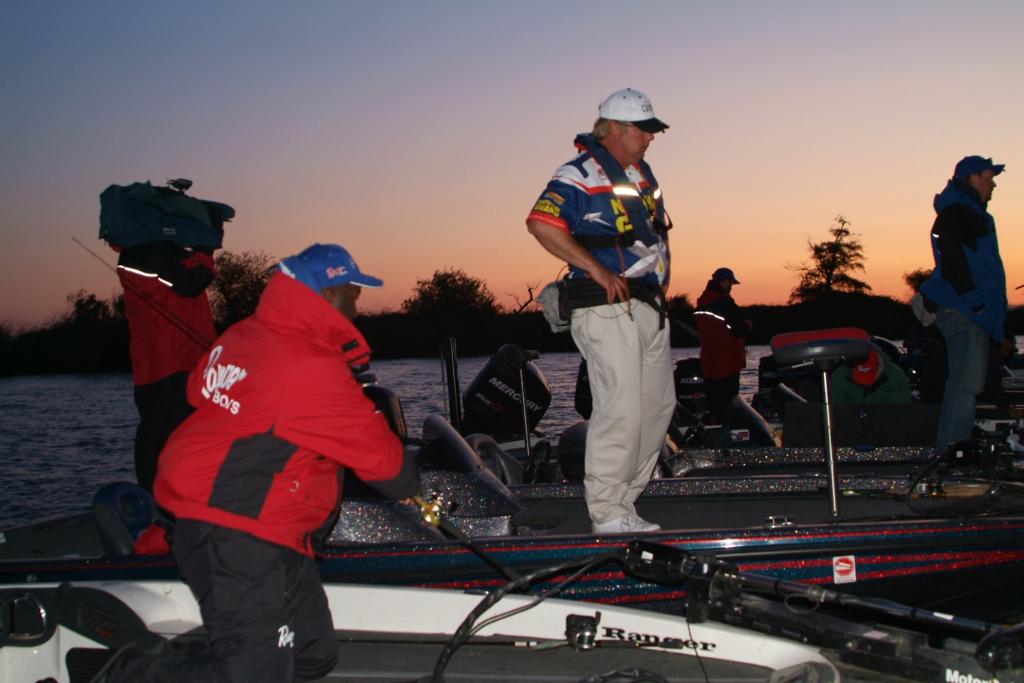 OAKLEY, Calif. – Pro anglers who take a 3-pound lead into the final day of a tournament often can feel good about their chances of winning.

But on the California Delta 3-pound bass are commonplace, a fact Ishama Monroe knows well. The 34-year-old pro from Hughson, Calif. grew up here and has seen some impressive catches in his 10-year tournament career. With a three-day weight of 53 pounds, 4 ounces he has the lead heading into today’s final round of the Walmart FLW National Guard Western Division tournament.

But Monroe isn’t planning how he might spend that $100,000 first-place check just yet.

“If I was on Mead or Havasu I’d feel a lot more confident,” said Monroe, who has three major tournament wins in his career but none on the Delta and none on the FLW series. “Here one flip can catch a six- or seven-pounder. I’m confident I’ll catch five, but how big will they be? Five for five pounds or five for 25 pounds? ”

Monroe’s expert use of a Sweet Beaver plastic worm on a tungsten weight has allowed him to play the numbers game all week. He reeled in anywhere from 30 to 50 bass per day in the pre-fish and had a similar catch on the tournament’s first day.

All that changed with a change in the weather. 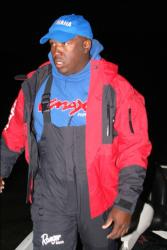 “Yesterday I got half the bites as I did the day before,” Monroe said. “My banks are getting messed up. I’ll be happy with 10 bites. I just gotta make sure I put five in the boat.”

Tides have been a factor thus far. On the first day of the tournament there was very little outgoing tide. The duration of that tide has increased each day since, and it’s been the key to a lot of anglers’ success or lack thereof. Today there will be three hours of outgoing tide.

“That should help me,” Monroe said. “I’ve been catching them better on the outgoing tide. When it bottoms out I can key on the fish a little better.”

In second place is Mike Reynolds of Modesto, Calif. He weghed more than 22 pounds each of the first two days, but saw his day two position atop the leader board vanish when he brought just 6 pounds, 2 ounces to the scales Friday for a three-day weight of 50 pounds, 10 ounces.

“I really had to scramble to get those six pounds,” Reynolds said. “But that was a critical limit. Sometimes those 12-inch bass end up equaling $100,000.”

Reynolds said he will fish the same basic area where he has been fishing, but that having fewer boats on the water today will allow him to expand his coverage area.

Today’s final weigh-in begins at 4 p.m. at the Walmart in Antioch.