Get ready for an incredible $10 million season 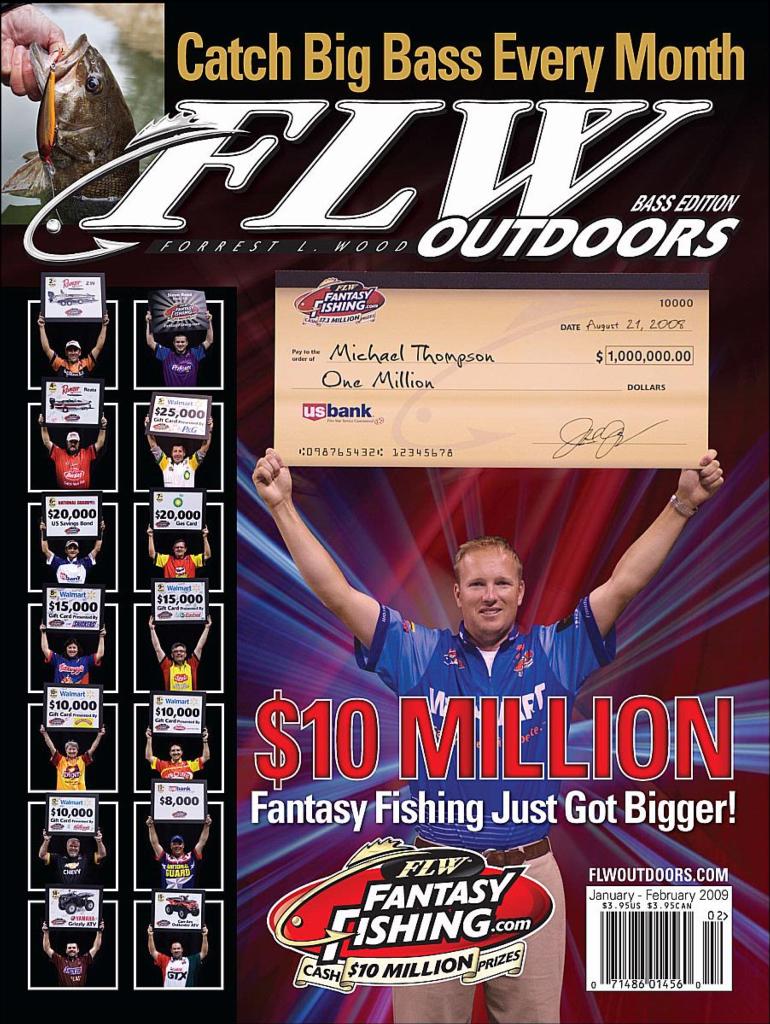 Every sport is defined by its athletes. Most team sports are defined by positions and the standouts in those positions.

In fishing, it’s a little different. Namely because anglers compete against variables they can’t control (the bass, the weather, etc.) no matter how much they train. However, this sport is often defined by the techniques, and certain pros are considered the best at those techniques.

The buzz around the tournament field is the 2009 schedule may be one of the best in Walmart FLW Tour history, and that means a lot of anglers will be playing to their strengths. FLW Fantasy Fishing players will find an edge by homing in on what techniques will be prevalent and who is best at said techniques.

Considering the $10 million incentive to play Fantasy Fishing this season, any edge is a good one. So we wanted to offer a helping hand with at least a few of the techniques that will prove to be popular again in 2009. Will this information give you the keys to the $1 million guaranteed grand prize in 2009? Probably not, but it should give you some added resources to use in conjunction with other tools like Player’s Advantage.

Player’s Advantage will only cost players $10 this year, and last year PA members won more than 3 1/2 times the amount of prizes as non-PA players.

Well, like we said, it’s hard to say one guy is the best, given the variables that can’t be controlled. But we asked our panel of experts at FLW Outdoors, who have followed the tour and the anglers closely for many years, whom they would recommend.

Our panel churned through the list of anglers and came up with four we think are locks for any tournament, as well as a couple of sleepers who could have major impacts on this year’s tournaments.

Best flipper – BP pro J.T. Kenney. Picking up 67 percent of the votes, Kenney will be tough if there is a shallow bite in heavy vegetation or cover. Lakes like Guntersville, Kentucky Lake and Champlain could play right into his prowess with the “meat stick.” Andy Morgan was second in the rankings so he’s definitely another one to consider, especially if shallow wood is a common theme.

Best topwater angler – Prilosec pro Craig Powers. Powers can put an oversized popper in places guys wouldn’t normally try to flip. And his popper evokes a special kinship with fish. Bass just seem to agree to eat it for reasons they can’t even explain. He’s equally effective with wake baits and walkers, having notched top 10s on both. Let’s face it; when the bass are looking up and see Craig Powers’ Ranger boat, the game is over. Of our entire panel, not one person picked another option. For that reason, if the scouting report says the bite is on top, go with Powers.

Best deep cranker – Tums pro David Fritts. Another David, Castrol pro David Dudley, ran away with the only real crankbait tournament last year on tour, and he did it fishing right next to Fritts. Fritts, however, did win in October with a crankbait on Clarks Hill. And at the Forrest Wood Cup, Fritts’ miscount (checking six bass) was the only thing stopping him from being a threat in the final round. Somehow he manages to find giant schools of bass that will bite a crankbait that the rest often overlook. He’s always a force on Kentucky Lake with his crankbait and Guntersville and Champlain have the potential to be won cranking.

Best ledge fisherman – Yamaha pro Terry Bolton. Bolton always does well on Kentucky Lake in June. So expect him to be in the top 10. But Guntersville is well-known for ledges in the prespawn too. He’s been getting stronger each year at some other techniques, but if the bass pile up on a ledge, Bolton is an automatic favorite. His timing on ledges and ability to manage schools of fish through a four-day event make him a threat on Tennessee River impoundments like Kentucky Lake and Lake Guntersville. If the bass are going to bite a worm or a jig on a drop or a deep rock pile, Bolton is the man to pick. Mark Rose and Greg Pugh also got votes in this category.

Best junk fisherman – Castrol pro David Dudley. We’re talking about junk in the tackle box, not junk in the water. When the fish are scattered and it’s all about showing them a lot of different presentations, Dudley takes the cake. He’s comfortable fishing with 20 rods on the deck, each rigged with a different lure. He’s made a nice living getting the job done with a lot of different baits to the tune of nearly $3 million. He’s the reigning Land O’Lakes Angler of the Year, which is the truest testament to versatility on the water. Duracell pro Michael Bennett also got votes for being versatile with an army of rods on the deck.

Best prespawn angler – Snickers pro Greg Pugh. Pugh has a way of finding bass both shallow and deep in practice and then going with the strongest pattern come tournament time. He found the right fish in several events last season, but some miscues cost him come tournament time. He started hitting on all cylinders the latter part of the year, however. He’s a stick with a flipping rod in his hand, but has also developed into a great finesse angler. His versatility makes him a threat in the early season tournaments. Bryan Thrift got the rest of the votes in this category. 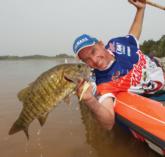 Best sight-fishing angler – Kellogg’s pro Clark Wendlandt. Wendlandt has made so much money looking at bass, it’s hard to bet against him when the bass are visible. There is always the chance bass will be on beds at Beaver Lake, but Lake Norman is where he’ll really shine. March will be a little early for bed-fishing at Table Rock, but there might be bass up shallow roaming in that event. Wendlandt knows how to find the active bass and knows when to give up on bass that lack interest. The panel also voted for Dave Lefebre as a proven pick for sight-fishing events.

Best jerkbait angler – National Guard pro Brent Ehrler. Jerkbaits haven’t gotten a lot of attention from the pros in recent years, but we think a lot of bass will be caught in the first two events this year on long, slender, treble-hook laced lures. Guntersville bass have been known to fall victim to slow-twitched jerkbaits, and Ehrler might be one of the best with a jerkbait in his hand. In fact, our panel overwhelmingly picked him. The March tournament on Table Rock will also kick out some jerkbait-enticed bass. National Guard pro Michael Murphy was also mentioned in our panel discussions as being a force with a jerkbait.