Back in the big leagues

After years of decline, Minnesota's Leech Lake is ready to host a major walleye tournament 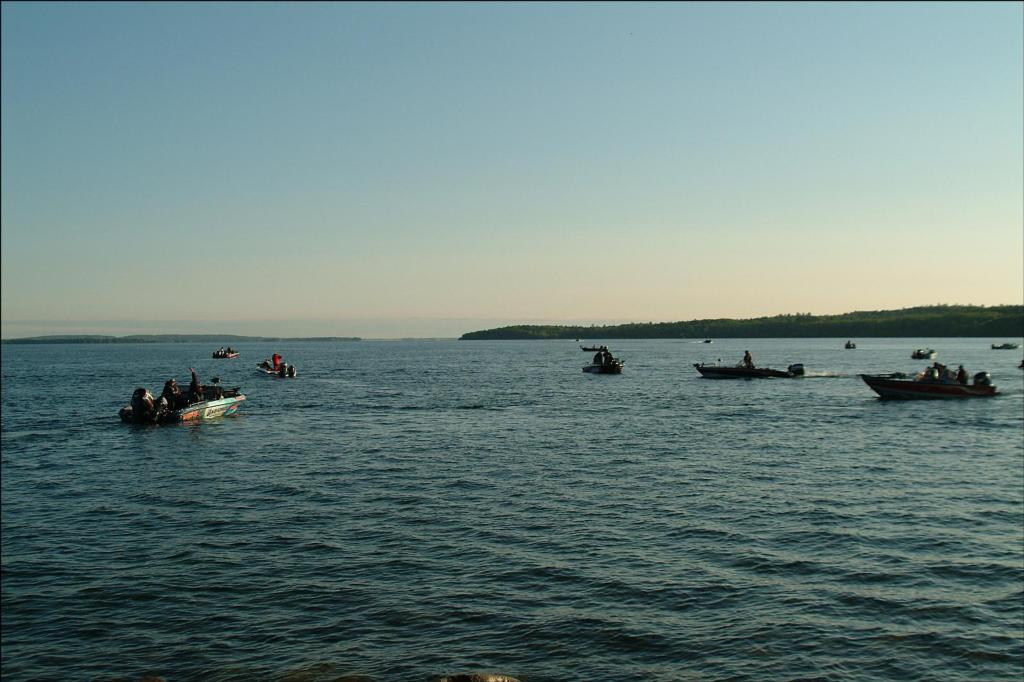 After its walleye fishing collapsed earlier this decade, Leech Lake has rebunded nicley, with many fish in the 18-26 inch range. Photo by Vince Meyer.
June 10, 2009 • Vince Meyer • Uncategorized

WALKER, Minn. – Heralding its return as a premier walleye fishery, Leech Lake in north-central Minnesota is the third stop on the 2009 Walmart FLW Walleye Tour.

Ninety-three pros and as many co-anglers launched this morning from Walker City Park on what has traditionally been one of the best walleye lakes in the state. So why did it take the Walleye Tour nine years to get here?

Leech suffered a dramatic decline in its walleye fishing about seven years ago. Blame was leveled on the cormorant, a fish-eating bird that had nested on the lake in large numbers. At their peak in 2004, cormorants numbered about 10,000. An average adult eats about one pound of fish per day, so it’s possible cormorants were taking as many as 10,000 pounds of fish per day from Leech.

Beginning in 2004, the U.S. Department of Agriculture, Minnesota DNR and Leech Lake Band of Ojibwe 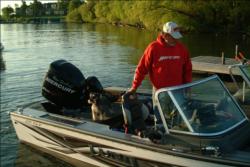 began eradicating cormorants by shooting adults and destroying their eggs. Since then about 12,000 birds have been killed, and the lake has been stocked with 58 million walleye fry. Another 44 million will be added over the next two years. Before cormorants arrived, Leech always had maintained good numbers of fish through natural reproduction, so it’s expected that the accelerated stocking plan will be halted after next year, and the lake will be on its own once again.

This year, for the first time since 2002, the lake has hosted walleye-fishing tournaments. A field of 125 two-person teams recently competed in the first annual Leech Lake Walleye Tournament. The winning weight for the two-day event was 30.79 pounds. On Saturday, June 6, the Walmart FLW Walleye League had a one-day tournament here, and the winning weight was 16 pounds, 2 ounces. The pro who pulled that weight, Toby Kvalevog of Brainerd, Minn., is among the field of pros fishing in this week’s tour event, and he said a bag of 14 pounds or more will be his goal.

“I had two 27-inchers last Saturday,” Kvalevog said. “You can’t expect to do that every day, but somebody might, and you’ll need at least one over 26 each day to get into the top 10.” 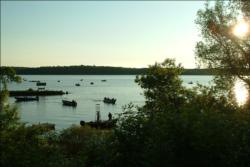 “You’ll see a lot of bags with two over 26,” predicted Sonny Reynolds, FLW Walleye Tour director. “They’re catching a lot of fish out there.”

Indeed, Rick Runquist, a local guide, said the timing of this tournament couldn’t be better.

Runquist said the walleyes are hitting on everything and that no matter which tactic a pro considers to be his best, he can make it work. The one exception might be trolling, which Runquist said hasn’t really turned on yet.

The best technique so far has been spottail shiners on green jigs, Runquist said, though many pros reported good catches during the prefish on leeches and night crawlers on live-bait rigs and spinner rigs. Fish have been caught as shallow as 5 feet and as deep as 24 feet.

Wind always plays a role on Leech. Like other traditional walleye waters, wind-swept breaklines and shoreline points produce best. An overcast sky helps, but today’s launch took place under blue skies with light winds from the northwest. Under conditions like these, the best bite often is found in deeper water, though the forecast calls for clouds to increase as the day goes on.

Walker City Park on Highway 371 is the site of daily takeoffs each morning at 7 a.m. Weigh-ins on Wednesday, Thursday and Friday also will take place at the park beginning at 3 p.m. Saturday’s final weigh-in is scheduled for Northern Lights Casino in Walker beginning at 4 p.m. The community is invited to attend daily takeoffs and weigh-ins, which are free and open to the public.

Forecast: mostly cloudy with a high temperature of 64 degrees; wind NW at 5-10 mph; chance of rain is 30 percent