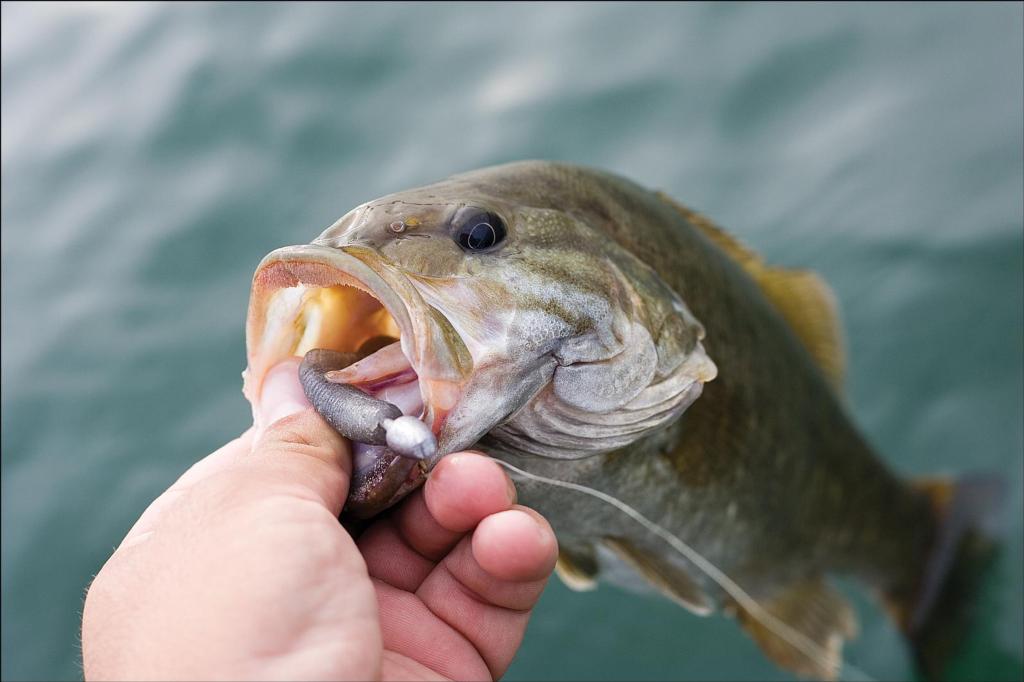 There are plenty smallmouth bass to catch in the Smoky Mountains. Photo by Jason Sealock.
November 12, 2009 • Will Brantley • Uncategorized

People travel from all over the country just to witness the beauty of the Smoky Mountains in the fall. Fall colors really set off an already gorgeous view. But these days, so many people visit the area that the quaint atmosphere of the resort towns, such as Gatlinburg, Tenn., and Pigeon Forge, Tenn., has been changed. These towns have become extremely busy tourist destinations in recent years, complete with sprawling malls, theme parks, go-kart rentals and wedding chapels.

For many anglers, busy tourist destinations don’t make for the perfect vacation. Fortunately, there are some great fishing opportunities in the Gatlinburg-Sevierville area on both lakes and rivers. A little legwork can get one away from the crowds and battling a big bass in no time.

Among these fisheries is an excellent stream smallmouth opportunity in the Pigeon River and its many forks. Offering trout fishing that gets much of the angling attention from the crowds around Gatlinburg, an hour and a half’s drive along I-40 to the North Carolina border will put you near Walter’s Dam and the main portion of the Pigeon River. Here, amidst towering mountains rich with October color, anglers can find trophy smallmouths aplenty in swift water.

Once known as a polluted river due to runoff from a nearby paper mill, the Pigeon River has definitely shown improvements in recent years thanks to efforts from fisheries biologists in the area. When cleanup projects began, the Tennessee Wildlife Resources Agency implemented a 20-inch minimum size limit on smallmouth bass and allowed anglers to keep no more than one per day. The Pigeon River is also loaded with 15- to 16-inch smallmouths, but the trophy regulations keep harvest to a minimum. Most of the anglers in the area who know how to catch the 20-inchers on a regular basis release them as well.

“The river is becoming well known for producing the vast majority of stream smallmouths over 20 inches for the Tennessee Angler Recognition Program,” said Frank Fiss, TWRA fisheries biologist. “Some of the smaller rivers get runs of smallmouths at certain times of the year, but smallmouths are in the Pigeon River proper at any time of the year. The river fishes very well all the way through October until it gets too cold.”

The Pigeon River can be a treacherous one at times without a measure of respect. Flows vary drastically with releases from Walter’s Hydro-Electric Plant on the North Carolina side of the border. Whitewater rafting is big business during the summer as long stretches of Class IV rapids do exist when water is being released. Obviously, fishing the river during these times would likely be a futile and dangerous effort. It’s best to keep an eye on daily generation schedules before heading out.

Much of the Pigeon is accessible by wading when water isn’t being released although there are admittedly precious few public access points. As is often the case, those who hike the farthest in pursuit of bass are usually rewarded handsomely.

Places to stay right along the river are limited, but an almost infinite number of options, including classic mountain chalets for which the Smokies are famous, are available in nearby Pigeon Forge and Gatlinburg, Tenn., as well as Asheville, N.C.