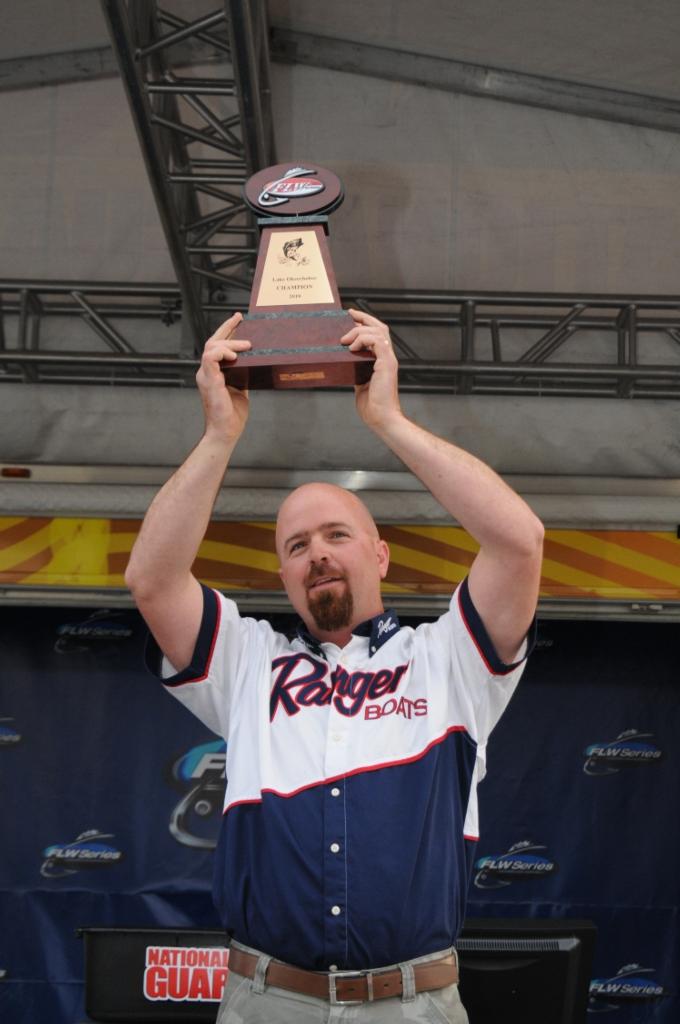 OKEECHOBEE, Fla. – Late in the afternoon of day three, George Kapiton of Inverness, Fla., needed one big bass to win the Co-angler Division of the FLW Series on Lake Okeechobee. What happened next is almost unheard of in the high-stakes game of professional fishing.

Kapiton already had a solid limit of fish in the well when pro partner Derrick Snavely of Rogersville, Tenn., spotted a 6-pound bass on bed. Snavely, a former co-angler himself, had not fared so well the first two days of the event. But instead of catching the big female for himself, he turned the boat around and positioned Kapiton perfectly where he could fish for it.

Twenty minutes later, Kapiton got the fish to bite and deposited it into his livewell to anchor a 17-4 limit, which allowed him to come from 10th place to win the Co-angler Division of the FLW Series event

“This is awesome; I owe it all to Derrick,” Kapiton said after the win. “He hooked me up. He could have just as easily caught that fish himself, but instead he let me catch it. That’s a class act right there.”

But that kind of sums up Kapiton’s week. Earlier in the week, while fishing with pro Randall Tharp on day one, Kapiton spotted a large fish that would help Tharp. Instead of casting to it, he told Tharp about it, and Tharp caught it. A little while later, Tharp spotted a solid fish that would help Kapiton, and he let Kapiton catch it. What comes around goes around.

During the week the victorious co-angler caught his winning fish on variety of lures, including a Gambler Big Easy (a new swimbait Gambler will be releasing in the next couple of weeks), a ChatterBait and a watermelon-red Senko. As for his big bass today that Snavely let him catch, it fell for a white Zoom Speed Craw.

For his victory, Kapiton takes home a fully rigged Ranger 177TR plus $2,038 in cash.

Crowder made a run at the co-angler victory with a fantastic 15-pound limit on day three, but it was not enough to hold off Kapiton.

For most of the week, Crowder relied on a Houdini-colored Skinny Dipper rigged with a Screwed-Up Bullet Weight and a 6/0 Gamakatsu hook tied to 65-pound-test braided line to catch his bass.

“Most of the pros I fished with were fishing up in really shallow, clear water,” Crowder said. “At first I was worried that 65-pound-test braided in that clear water was not going to work – but it didn’t bother those fish a bit. I think they would have eaten that lure even if it was tied to rope!”

Day-two co-angler leader Jeff Cummins of Marion, Ohio, finished third with a three-day total of 32-13 worth $4,429.

Cummins used Skinny Dippers, Flukes and Senkos all week for his catches.

Mullikin and Coggins round out top five

Rounding out the top 10 co-anglers in the FLW Eastern Series on Lake Okeechobee: