Gazelka, Halan of Minnesota National Guard to fish as co-anglers in Walleye Tour event this weekend 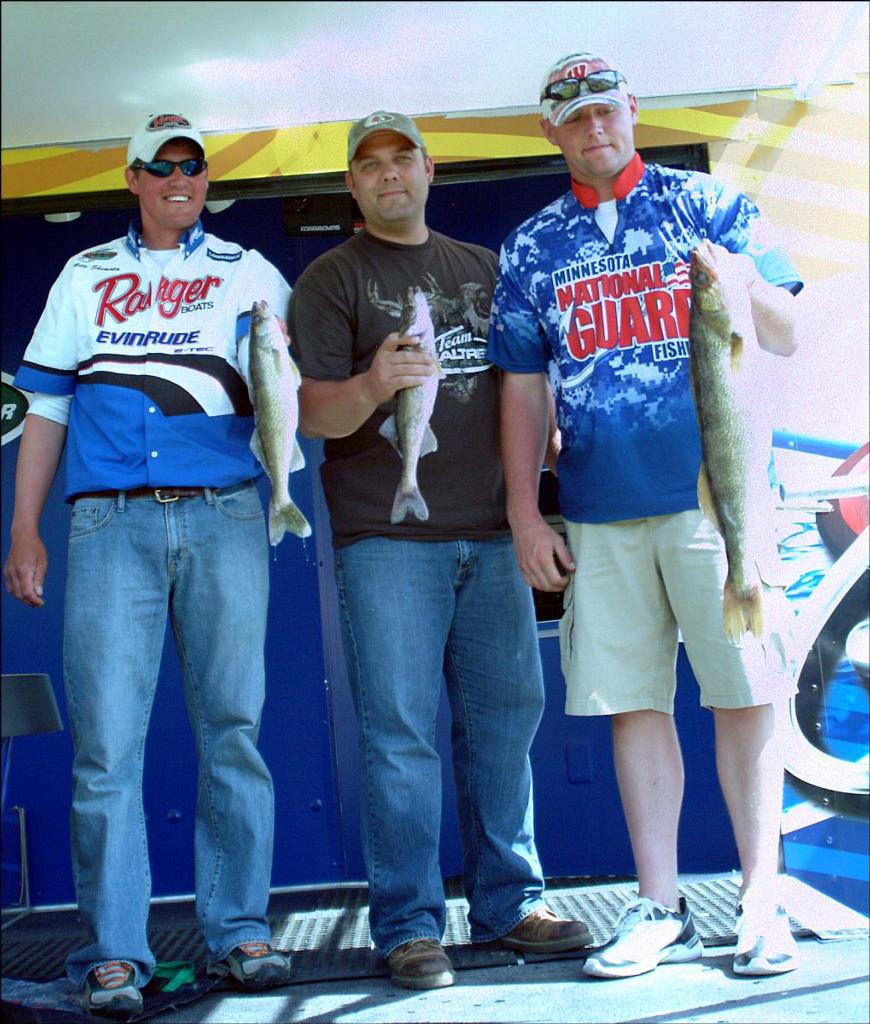 “It was a good day and we caught a bunch of fish,” said pro Bill Shimota, who enjoyed his day on the water with Bonzer and Halan. “I purposely used a lot of different techniques today to teach these guys what it was all about. I can’t thank these guys enough. Every time you have the chance we need to thank these guys as we would not be here without the National Guard.”

“The whole day was exciting. Normal guys like me don’t get the chance to fish with pro fisherman like 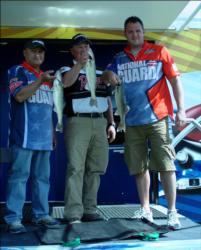 this,” said Sgt. Mogan, who has served one tour of duty in Iraq. “It was a learning experience and a blast. I wish I could go out with [Shimota] every week.”

“It was awesome on the water today,” said Sgt. Bonzer, who has been serving in the National Guard for a year-and-a-half. “I have gone fishing before, but not like this. His [Shimota] two Lowrance monitors were as big as my television at home. [Shimota] knows his business and he is good at what he does.” 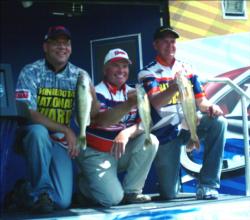 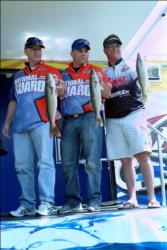 Sgt. Dathan Gazelka of Bemidji, Minn., and Sgt. Daniel Halan of Winona, Minn., will participate as co-anglers in the FLW Walleye Tour Western Division which will be on the Mississippi River Pool No. 3 in Welch, Minn., May 20-22 for the first of three stops in the Western circuit. Hosted by the Treasure Island Casino and Resort, the tournament will feature as many as 300 top walleye anglers casting for top awards up to $35,000 in the Pro Division and $7,500 in the Co-angler Division. 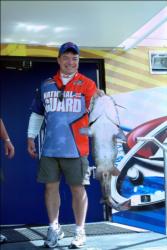