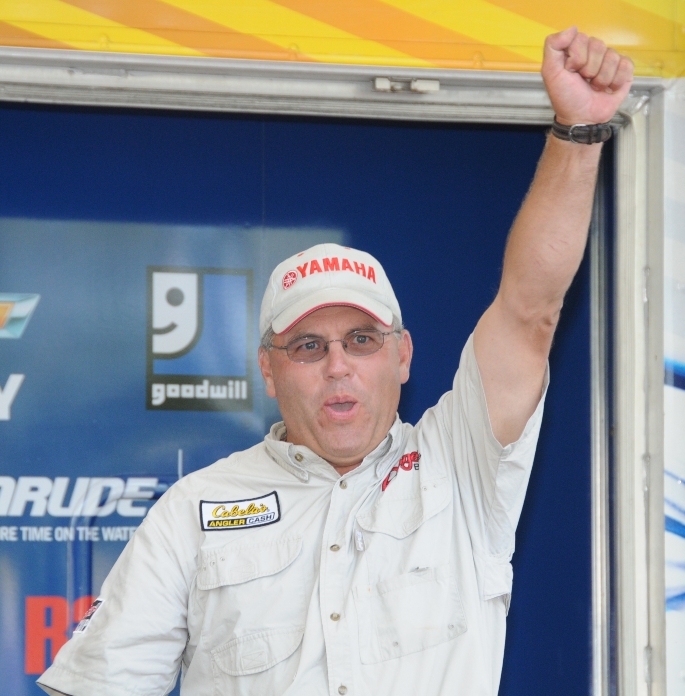 HIXSON, Tenn. – Patrick Roy of Syracuse, N.Y., won the Co-angler Division of the FLW Series event on Lake Chickamauga with a three-day total of 29 pounds, 3 ounces.

“I weighed in first flight today, so I’ve had to sit here and watch everyone weigh in to see if I was going to get beat – it was pretty nerve-wracking,” Roy said. “But it made it exciting, which is the way it should be. It’s been a great week.”

On day one, Roy relied on a homemade 1/2-ounce jig tipped with a NetBait Paca Chunk and a Texas-rigged NetBait worm with a 3/8-ounce weight. 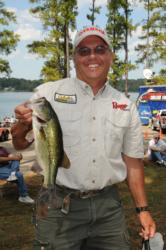 On day two, he fished jigs deep with Rose.

And today, Roy chose to go with a 3/8-ounce ChatterBait and a Senko.

This was Roy’s third year as a co-angler and his biggest win thus far: He won a Ranger boat and trailer package plus $1,500 in Ranger Cup money and $1,000 in Cabela’s Angler Cash. As for next year, he is eyeing a spot in the Pro Division in FLW Outdoors tournaments, where he has already found some success (he placed fourth in the Pro Division at the FLW American Fishing Series event on Lake Erie the week prior). 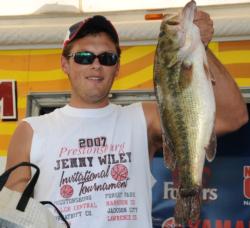 After bringing in one of the biggest bass of the week on day one – an 8-pounder – Aaron Combs of Jackson, Ky., finished second with a three-day total of 25 pounds, 13 ounces worth $4,215.

His two key lures included a weightless Senko and a Paca Craw.

“I was fishing the Paca Craw on a 3/16-ounce weight, which is pretty light, but I wanted it to fall slowly through the grass,” Combs said. “I fish a lake back home called Panbowl Lake that has a lot of grass in it; the Senko and the Paca Craw are great lures there, so I used them here too.” 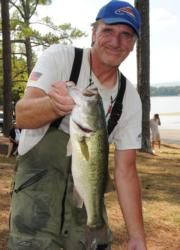 During the week Hayden relied exclusively on two reaction baits: a 3/8-ounce spinnerbait and 1/2-ounce Rat-L-Trap.

Tidwell, Gengler round out top five

Lonnie Tidwell of Harriman, Tenn., finished fourth with a three-day total of 20 pounds, 4 ounces worth $3,221.

Rounding out the top 10 co-anglers in the FLW Series Eastern on Lake Chickamauga:

Kapiton takes Co-angler of the Year 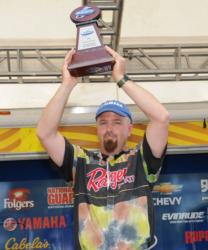 George Kapiton of Inverness, Fla., won the 2010 Co-angler of the Year award for the FLW Series Eastern Division with a total of 778 points.

After winning the Eastern Division opener on Lake Okeechobee, Kapiton went on to finish sixth at Lake Eufaula, 11th at Champlain and ninth at Chickamauga.

Congratulations to Kapiton for a fantastic season.