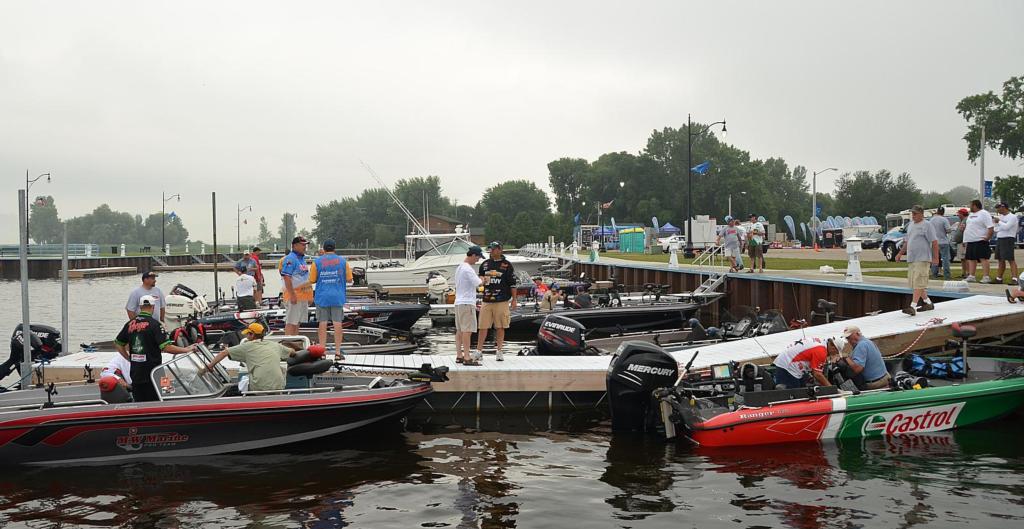 OCONTO, Wis. – When the National Guard FLW Walleye Tour event on Green Bay began, most assumed the tournament would be won south of Oconto in the Geano’s Reef area. While several pros made the top-10 cutoff there, the first- and second-place anglers are running east. What they’re finding is water all to themselves and potentially tournament-winning fish.

Paulsen spends roughly five days per week working under the Walleye Madness Guide Service. Because he knows the water so well, he was comfortable making a last-minute decision to run 25 miles east, instead of south. 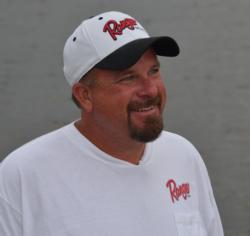 fight with that group anymore,” he said. “Usually they really start biting there this time of year. Because everything’s been so far behind, I was worried I was going to miss that window. But when I entered the tournament this was the place I had in mind.”

Paulsen described the area as a series of six rock humps located in a 1/4-mile stretch. The humps come up to 12 feet of water and slope off into 25 feet. He catches them as they come up or slope off.

“I told myself I knew they would be here and if the wind picked up they would bite. It was a crapshoot and it’s paying off.”

Although the wind changed directions, Paulsen liked the conditions shortly before takeoff.

“I feel pretty comfortable with this. As long as we get a 2-foot chop or more, that’s fine. But the rougher it gets the better it gets. The spot I’m fishing has the potential for a 40-pound bag.” 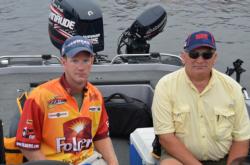 Second-place Jirik is confident his spot will produce as well. He too is running east, but he’s only going 11 miles or so.

“It’s a structure spot so it’s a little more consistent,” said the Rhinelander, Wis., pro. “Basically I’m fishing an underwater point. The inactive fish sit in 30 feet of water and when they feed they come into 20 feet. I troll my spinners near the bottom of the water column in 17 or 18 feet.

“I tried fishing south in practice; one day I even had 36 pounds. But it was way too inconsistent for me.”

All week long Jirik has set the keeper bar at 23 inches and he has no plans of changing that today.

“I think I won’t have any problem getting five over that.”

The final weigh-in will be held at Breakwater Park and Marina beginning at 4 p.m. Prior to weigh-in there will be a free family fishing clinic, where free rods and reels will be given away while supplies last.

The winner in both the Pro Division and Co-angler Division is determined by the heaviest three-day weight.