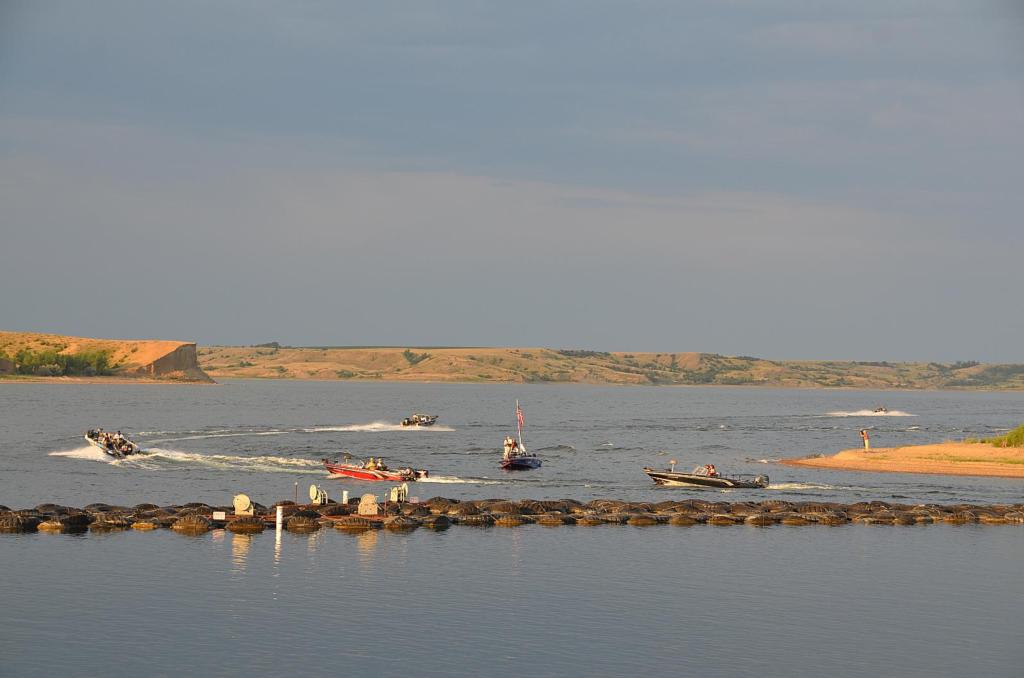 PIERRE, S.D. – The third stop of the National Guard FLW Walleye Tour settles into Lake Oahe this week. Lower water levels and warm weather greet the anglers back to the shores of Oahe. While the anglers can expect the fantastic fishing that Oahe is known for, they must also know how to find fish longer than 20 inches – an over – and when to keep or release them.

EverStart pro and 2011 National Guard FLW Walleye Tour Championship winner Dan Stier will be on the hunt for those bigger over fish. 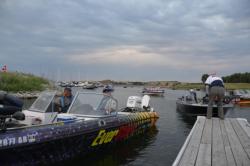 “There is a tremendous year class of young fish in Oahe right now,” said the Mina, S.D. pro. “You can catch 100 to 200 fish a day, but the tough part is finding those fat 19-inch fish. Once you can find a couple of them, then it’s a matter of getting your overs.”

Stier spends some time guiding on Oahe and feels like the bite is just as hot as the weather has been. And right now you can catch walleyes however you feel comfortable doing it. From jigs to crankbaits to spinners, the pros can fish their strength and have a shot to win.

“I have caught fish all over the place,” Stier continued. “From three feet all the way down to 60 feet you can catch fish. But using your electronics is crucial to locating the right schools of fish. From there it’s simply a matter of knowing when to toss back that 21-inch fish and waiting for that 26-incher.”

The heat is definitely a concern to anglers especially with regards to the health of the fish. National Guard pro Mark Courts has that issue on his mind this week. 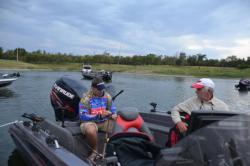 “Mortality from heat stress could be a big factor to guys this week,” said Courts. “Proper fish care will help, especially when pulling fish up from deeper, cooler water. Taking your time to get the fish to the boat and then looking after them will go a long way.”

Courts also agrees that you can find fish just about anywhere you want to and catch them how you want to. Though he did add that the fish move daily, so staying with them could be an issue.

Having lost a large portion of the lakes smelt population last year many of the fish are skinnier than usual. The decrease in prime forage could result in lower weights for this event. Average weights to be seen should hover around the 10- to 12-pound range the National Guard pro believes. While to stay high in the ranks, 16 pounds or more will be expected.

The full field will fish the first two days of competition. After Friday’s weigh-in, both the pro and co-angler fields will be cut down to the top 10, based on the anglers overall accumulated weight during the first two days of tournament action. On Saturday, both the pro and co-angler champion will be crowned based on their three-day accumulated weight. 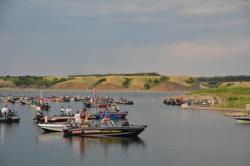 Want to watch the weigh in live but can’t make it in person? Then tune into FLW Live on FLWOutdoors.com shortly before 3:30 p.m. Eastern Time to watch live streaming video and audio of today’s opening-round weigh in.

Day’s outlook: Chance of thunderstorms in the afternoon, otherwise partly cloudy and warm