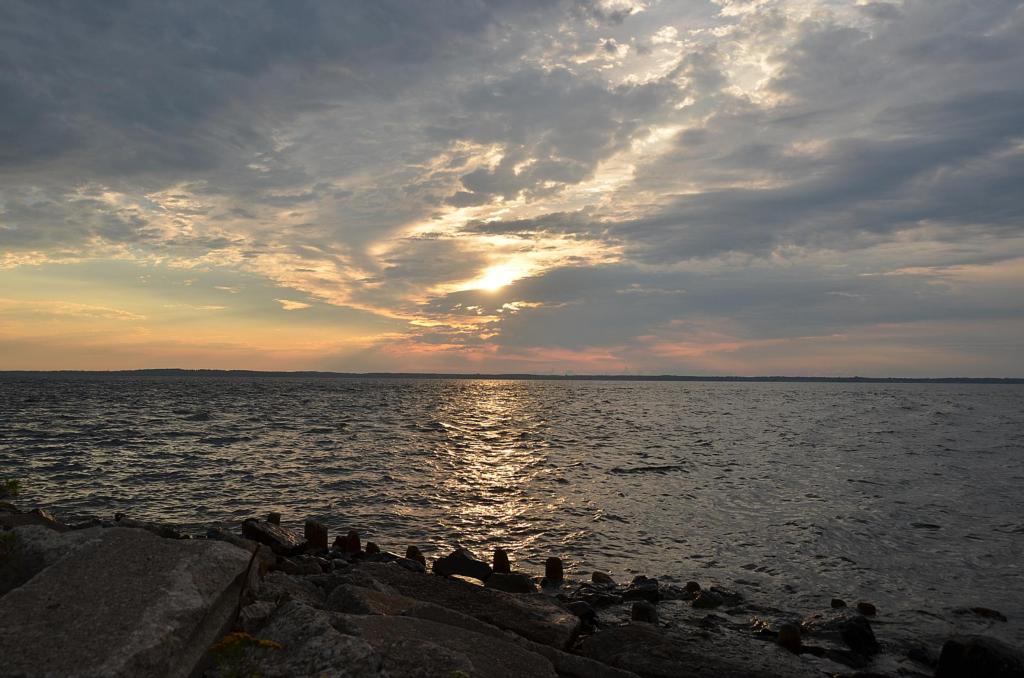 ESCANABA, Mich. – Bays de Noc marks the fourth and final stop of the regular season this week for the National Guard FLW Walleye Tour. This fishery has long been known with the Tour anglers to be a place where you can hit a home run or completely strike out. And as the anglers made their way out of the harbor this morning, it seemed as though that theory will be tested this week.

Bays de Noc is a prime place to demonstrate fishing the wind-blown areas to produce your bites. With a hefty bait supply of alewifes, wind helps to load the bait into an area and allows large schools of walleyes to feed. Now in theory that is what should happen, though theories do not always play out. 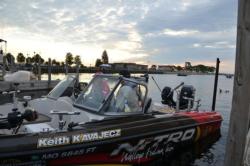 “The fishing on Bays de Noc right now is as tough as I have seen in years,” said Mercury pro Keith Kavajecz. “Even when you fish where the wind is blowing, it seems like the fish just are not there. I’m not sure if the fish haven’t come up from the lower bay yet, or if they have moved out into the main lake already.

“Anglers that choose to fish in little Bays de Noc are primarily going after their smaller fish,” Kavajecz continued. “The Big Bay is where you can normally find your bigger fish. But like I said it’s tough out there, there could be a lot of zero or one fish bags this week.”

Covering water will still be an obvious choice for a lot of the field, allowing the pros to stay on top of the fish. And just like in years past, trolling spinner rigs and crankbaits will prevail as top choices. Electronics will also play a big part in helping the anglers locate pods of bait that Bay de Noc walleyes love to follow.

With much of the focus this week for the anglers going towards winning the final event of the season, some anglers will be more concerned with just making the final cut to qualify for the National Guard FLW Walleye Tour Championship this fall. Only the top 40 pro and co-anglers will attend the championship after the dust settles this week. 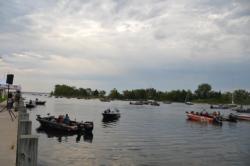 As if that isn’t enough to consider, a few other pros will be also trying to keep their focus for the Angler of the Year race. Brett King of Claremont, Minn., leads the standings with 416 points coming into this event. But with Kevin Mcquoid of Isle, Minn., at 413 points and Brian Bjorkman of Fargo, N.D., with 411 points it should be a close battle as the week moves on. Don’t forget about Chad Schilling of Akaska, S.D., sitting in fourth for the AOY standings. The last time the FLW Walleye Tour held an event on Bay de Noc, Schilling finished in fourth place and could be a silent threat to the men above him in the AOY race.

In FLW Walleye Tour competition, anglers are also vying for valuable points in hopes of qualifying for the 2012 Walleye Tour Championship. This year’s championship will be in Davenport, Iowa, Oct. 25-28 on the Mississippi River, and anglers could win as much as $100,000. Anglers are also vying for the prestigious 2012 National Guard FLW Walleye Tour Angler of the Year title that will be determined by the most points accumulated over the four-tournament season.

Want to watch the weigh in live but can’t make it in person? Then tune into FLW Live on FLWOutdoors.com shortly before 3:30 p.m. Eastern Time to watch live streaming video and audio of today’s opening-round weigh in. 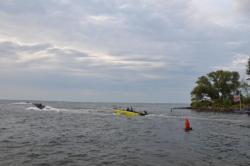