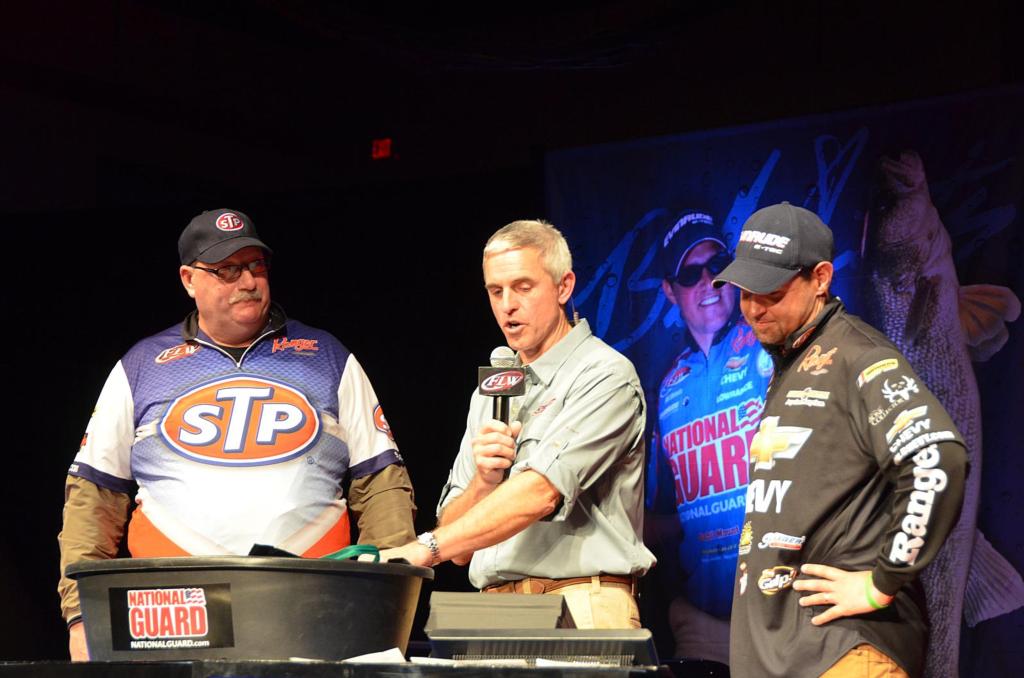 Chevy pro Jason Przekurat carries his lead into the final day, though, it did drop to only 1 pound, 5 ounces. Photo by Kyle Wood. Angler: Jason Przekurat.
October 27, 2012 • Kyle Wood • Uncategorized

DAVENPORT, Iowa – This week on the Mississippi River in the Quad Cities had been a humbling experience for some of the best anglers in the walleye world. It seems as though some days the river is willing to give, but on others it can just as easily take away. Without question there has been one angler who has seen the many faces this system has to offer.

Chevy pro Jason Przekurat brought in a respectable 5 pounds, 7 ounces on day one. He then found three fish on the second day – one of which was a Mississippi beauty – to weigh the largest bag of the event at 15-4. Przekurat carried a 6-1 ounce lead heading into day three and today still carries the lead despite bringing a 1-10 fish to the scale. The Chevy pro now holds a mere 1-5 lead heading into the final day of competition for the National Guard FLW Walleye Tour Championship.

“I’m going to have to change up the game plan,” said the Stevens Point, Wis., pro. “When I got up there (Pool 14) today there was more flow, more weeds and the water was dirtier.”

Przekurat has been fishing four different wing dams up in Pool 14. He says that his primary weapon to catch these finicky fish has been a hair jig. He wasn’t willing to disclose color just yet but says that when you put that jig in front of a fish, they inhale it.

It wasn’t that Przekurat didn’t get the bites today, it was simply the fish were not legal size.

The only fish Przekurat kept today came out of Pool 16 while he waited to enter the first lock.

“I don’t know what I’m going to do tomorrow, all I know is I have lots of thinking to do tonight.” 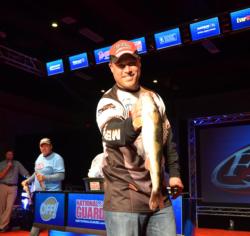 After leading day one of the event, Danny Plautz of Madison, Wis., has been a model of consistency this week. He has hauled in weights like 8 pounds, 14 ounces, 5-12 and 6-6 from days one, two and three respectively. By being able to stay on quality fish, Plautz has chipped away at the 6-1 lead that hung over him to start day three. He now is just 1-5 back from the leader, setting himself in perfect position to grab the title.

“Today there was a lot more bait activity around my area,” said the Mercury pro. “We caught a lot more unders and actually had our limit fish hooked up a few different times.”

Plautz has been staying anchored on one small area with shallow rock all week. He casts crankbaits at the shallows waiting for hungry walleye and sauger to move up to feed.

“I did leave my spot for about 10 minutes today,” added Plautz. “I got a little panicked, but I think it was good that I left. It gave me the rejuvenation that I needed to go back and keep after it.”

Plautz notes that his bites have been getting more aggressive as the week goes on. He attributes this to the increased presence of fish in the area. More fish means more competition – which leads to better bites in his opinion.

“I’m catching about a fifty-fifty mix of saugers and walleye in my spot. I caught one nice sauger today, and if I can get a few of them tomorrow then it is game on.

Though Plautz was focused on staying in the top 5, he says there was another agenda on his mind when he took the water today.

“I’m more jacked for my co-angler Tom right now then me,” Plautz said. “I wanted him to win and that is what I set out to do today for him.” 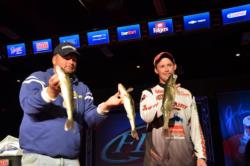 Mercury pro Ed Stachowski continues his rise up the leaderboard as he brought in his first limit of the week on day three. Towards the end of day two, Stachowski finally started to figure out what the fish were doing and brought in four that weighed 5 pounds, 13 ounces. When the day started, he continued to work his pattern and put together an 8-2 limit by the end of the day – bringing his three-day total to 17-2.

“I’m really starting to figure these fish out a little better,” said the Canton, Mich., pro. “I just went out today with the same game plan I found yesterday, and it worked out.”

Stachowski even refined his pattern more today and his spirits seem high as he looks towards the final day. One major part of that pattern for the Mercury pro is getting a reaction bite. He insists that you need to bounce the lure off the bottom in front of a fish to trigger a strike.

With more and more confidence gained each day, Stachowski will surely put pressure on the guys above him to find some fish on the final day.

Zemke down to fourth 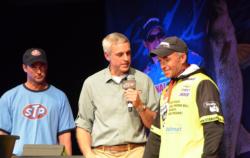 Sticking to his plan to fish a four-acre spot on Pool 16 was Todd Zemke of Red Wing, Minn. This vast area helped boat 4 pounds, 6 ounces on day one and a 9-4 limit on day two. Today, however, Zemke only found one fish that added 1-13 to his overall total, bringing him to 15-7 for three days of competition.

“It was more difficult today,” said Zemke. “There was more flow in my spot which made me let out more line to stay in bottom contact. And because I let out more line I got snagged more often and spent a good portion of time retying.”

Zemke left his main fishing ground around 12:30 p.m. to search for new water. He felt as though the increased current may moved the fish to another area. Depsite his efforts, Zemke didn’t find anything that would be worth his time tomorrow.

Being an avid river fisherman, Zemke is kicking himself for forgetting one important thing in the boat today.

“First thing I’m going to do when I get back to my room is put my handlines in the boat. I couldn’t believe I didn’t put them in my boat sooner – I’m going to need them tomorrow.” 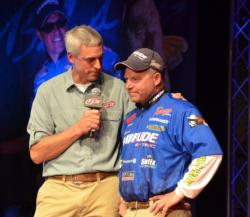 Chris Gilman – the 2010 FLW Walleye Tour Champion – continues his hunt for another title this week. The Evinrude pro started off in 16th place after day one, he then moved into fourth after day two. He has been able to duplicate that success again today with two quality fish that weighed 6 pounds, 1 ounce. His three-day total now has him at 15-5, and Gilman is just one bite away capturing another title.

Rounding out the top-10 pros from day three of the FLW Walleye Tour Championship: 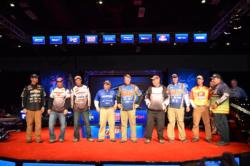 Fans will also be treated to the FLW Expo at the River Center on Sunday from noon-4 p.m. prior to the weigh-in. The Expo includes Ranger boat simulators, the opportunity to interact with professional anglers, enjoy interactive games, activities and giveaways provided by sponsors, and fans can learn more about the sport of fishing and other outdoor activities. All activities are free and open to the public. On Sunday the first 300 children 14 and under who are accompanied by an adult will receive a free rod and reel combo courtesy of the Quad Cities Convention & Visitors Bureau/Quad Cities Sports Commission. Also on Sunday one lucky fishing fan will win a $500 Walmart gift card. The gift card giveaway is free to enter but the winner must be present at the conclusion of Sunday’s final weigh-in to win.