Not just a swamp person 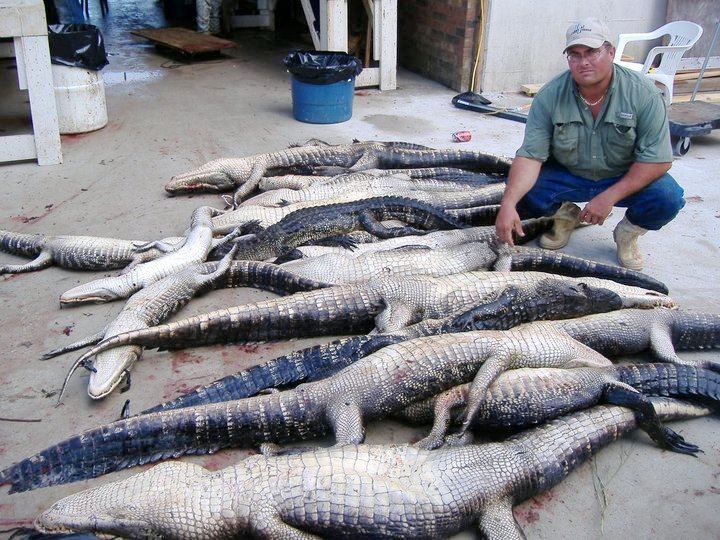 (Editor’s note: To meet Troy Broussard in person, along with Swamp People co-stars Troy Landry, Chase Landry, Junior Edwards, Willie Edwards and Harlan Hatcher, make sure to head on down to the 2013 Forrest Wood Cup in Shreveport, La. For more details, click here.

Say what you will about the bayou, whether you love its Cajun flavor or loathe its mysterious swamps, everything about it is unique – and nothing born and bred there has ever been described as weak.

Perhaps the fiercest resident of the bayous of Texas and Louisiana is the alligator, that prehistoric predator so perfectly camouflaged in its swampy terrain. Many a man and gator have tangled, but none as famously as the cast of “Swamp People,” the History Channel’s popular program that follows hunters as they trap and kill monster-sized gators during Louisiana’s short alligator-hunting season.

While many of the alligator hunters featured on the show are characters in their own right, one of the more intriguing reality-show personalities is Troy “T-Roy” Broussard, who also happens to be competing this year in the EverStart Series Texas Division as a co-angler. He and his hunting partner, Harlan Hatcher, are described on the TV show’s web site as “the interlopers,” having traveled from Texas to participate in the Louisiana gator season, sometimes to the consternation of the natives. Broussard and Hatcher engaged in a bet with series star Troy Landry as to which state breeds the better gator hunters – Texas or Landry’s native Louisiana. 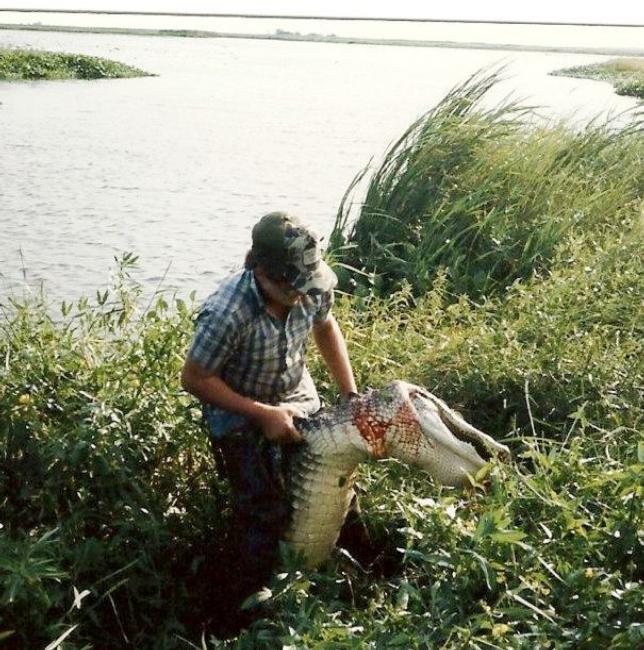 Broussard grew up gator hunting and bass fishing in the coastal areas of south Texas, where he still resides. When Texas re-opened gator hunting in 1984, Broussard and his father didn’t waste any time. A few years later, on his 15th birthday, Broussard’s father handed him some gator tags and said, “Let’s see what you’ve got.” He soon caught his first gator – a 10-footer – and the rest is history.

Time passed, and Broussard continued to hone his gator-hunting skills, taking people out for hunts as well as surveying habitat for the state of Texas to determine how many tags will be issued in a given season. Then one day, he was invited to travel to Louisiana to audition for Swamp People.

The producers initially passed, not wanting to move any of their operations to Texas, so Broussard and his good friend Hatcher decided that if they ever had the chance to audition again, they should work together as a team. Thus the Broussard/Hatcher hunting duo was born.

“We grew up side by side doing this,” Broussard said. “Nobody has the tags that we have.”

Sure enough, the next year found the History Channel calling yet again. This time, the pair was to come to Louisiana to hunt during that state’s gator season, inevitably creating a rivalry with the natives.

“We got some tags from a neighboring landowner who’s in proximity to Troy Landry,” Broussard said. “At the time, we didn’t really know what was going on. We’d go out there and start hunting, and the next thing I know, Troy Landry would be driving up to us saying, `You guys are hunting where I’ve been hunting.'”

Thus began the turf war – and a wager.

“We’re kind of proud guys, being from Texas, and we took it as a challenge,” he said. “So I put up a little bit. I’d never owned anything made out of alligator skin, so I saved a 10-foot hide and made a couple of scabbards out of gator leather. There are only two like it, and they’re pretty expensive. With the history we have as a couple of the best hunters in Texas, we threw that bet out there. It turned into a friendly deal as it went on and we got to know him a little better and kind of became friends.” 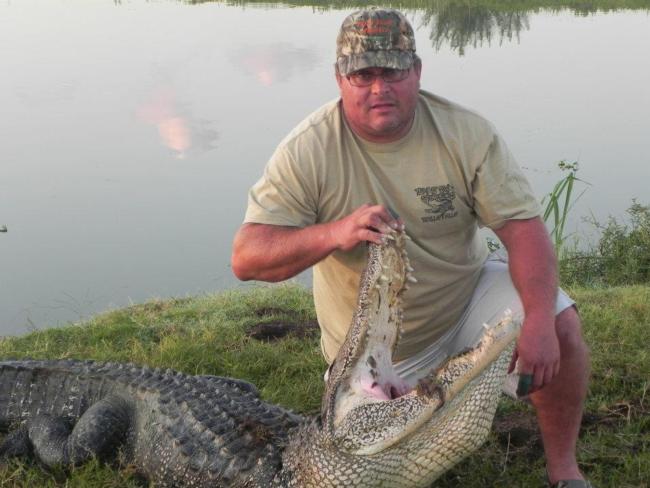 When “Swamp People” comes on the air, a warning message appears: “The way of life depicted in this program dates back 300 years. Hunting, especially alligator hunting, lies at its core. Some images may be disturbing.”

If the television show is not for the faint of heart, then actually hunting for the beasts definitely isn’t. The show depicts two-person hunting teams in search of gators that have been hooked on previously set lines. Generally, one man reels the gator in while the other shoots it. Then they haul the enormous animals into the boat.

But according to Broussard, gator-hunting doesn’t have to be a team sport.

“I probably hunt more by myself than I do with a partner,” he said. “It’s one of those things where, if you don’t have somebody that you use on a normal, day-to-day basis, it actually will slow you down. A 10- to 12-foot gator I can get in the boat myself. Over 12 or 13 feet, you’re looking at having to go get some help. But if there’s a will, there’s a way.”

Broussard admits that alligator hunting is quite dangerous, but the fear of what could happen is not enough to keep him away.

“You can’t think about it,” he said of the danger. “You’ve got to get in there and do it. I’ve had some close calls, and I’ve been bit a couple of times. So many things can happen.”

Sometimes, he says, hunters try to dispatch the gator from the line and don’t quite get the job done.

“I’ve had those things come to life,” he said. “I’ve had them clamp down on my foot or my hand. When you’re pulling that gator in, if you happen to wrap your feet around that thing, that line can actually cut your leg off, jerk you in the water, and drown you.”

Broussard said his closest call was when he foul-hooked around the post that he was using as an anchor point. The gator had wrapped itself around the post, leaving only a 6-inch gap between its mouth and Broussard’s hand.

“He kind of went crazy,” Broussard said. “He did a 360 and the tail hit me, knocking me out of the boat right next to him – and he was between me and the boat. I don’t know what I did; I just know I made it back to the boat really fast.” 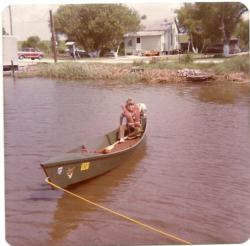 Broussard was a fisherman before he was an alligator hunter, as he recalls fishing on Sam Rayburn when he was just 6 or 7 years old. As a teen, he got his first boat and started traveling to lakes by himself.

“I had the luxury of growing up on two of the best lakes, Sam Rayburn and Toledo Bend,” he said. “I’ve got my own camp on Toledo Bend. My life is so busy – I’m also a fireman and I’ve got a commercial crab boat that I run – but I always try to find the time to go fishing.”

In fact, the TV shooting schedule has actually freed up some time for Broussard to fish more, since he had to cut back on gator hunts in Texas in order to shoot the show.

“The show has given me the opportunity to start fishing some of these FLW events as a co-angler,” he said. “It’s been an awesome experience to fish with some of these pros and make good friends with these guys. It’s an awesome sport. My son is getting involved more – it’s one of those things you want to pass down for generations.”

Last year, a picture of Broussard and an impressive sack of bass landed on FLWOutdoors.com’s “Catch of the Week” feature, and the story behind it is a memorable one. 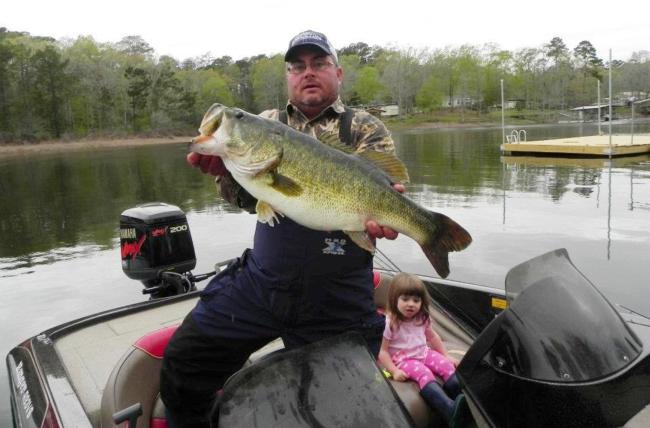 By 9:30 that morning, he thought he had 28 pounds in the livewell, but the clock was ticking.

“I had to come back in and get married!” he said. “I planned on going back after we got married, but my wife put a stop to that.”

As feisty as bass can be, they don’t fight nearly as hard as an alligator. Nevertheless, Broussard sees many parallels between competitive bass fishing and gator hunting.

“Alligators relate just like fish,” he said. “They are going to be wherever the bait is, and current will dictate where the big alligators roam. It’s like finding a big pack of bass, only if you find a pack of alligators, you’re going to find a lot of small ones. You’re not going to have a lot of big gators in the same place.”

Alligators and fish also react similarly to changes in the weather.

“In the summer, gators like deep water, and in the winter, they’re really lethargic, like fish,” he said. “I used a lot of skills that I learned fishing in alligator hunting.” 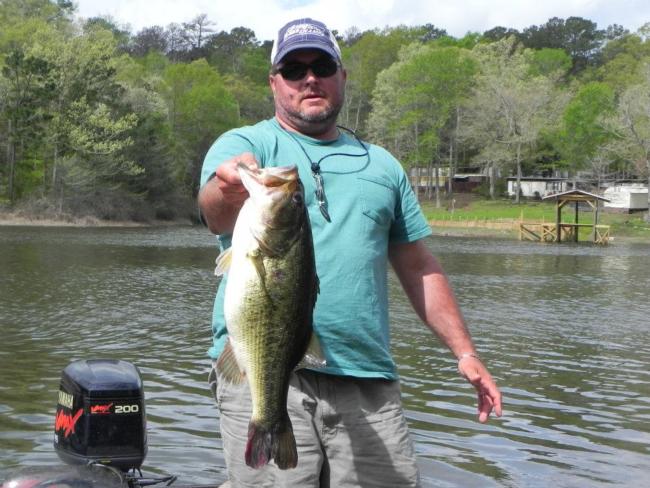 “I’ve always been a very competitive person,” he said. “It feels so good to have your family come to a weigh-in and root for you. It’s not something I’m pursuing to put food on the table, but I want to get better, and the best way to get there is to have a little competition.”