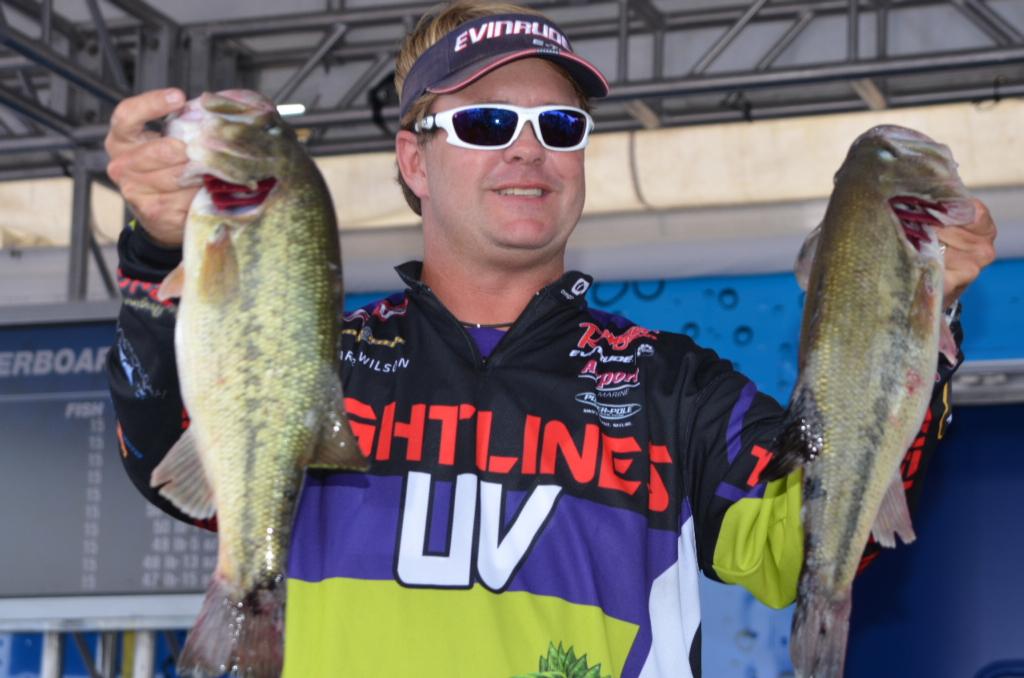 Until the 2013 FLW Tour season, most people following Barry Wilson of Birmingham, Ala., would have known him primarily as a BFL stalwart, a plucky angler from the Deep South who dutifully could be found on the aforementioned tournament trail from 1997 to 2012. Others may have known Wilson as a journeyman on the EverStart Series Southeast Division, a circuit he has been regularly haunting, with various degrees of success, since 1999. And a select few might have some recollection of Wilson’s rookie season on the FLW Tour in 2012, a season which produced largely rookie results and a pedestrian final ranking of 62nd overall.

Some – close friends and the occasional fan or two – might even have known that Wilson was once a burgeoning football star, playing running back for the SEC powerhouse Auburn University football team from 1989 to 1992.

But cue up the 2013 season and it’s clear that Wilson is now in a decidedly different place – both mentally and professionally. And unlike past years, bass-fishing fans suddenly have a lot more incentive to get to know Wilson as well. Ranked 25th overall in the FLW Tour Angler of the Year race, Wilson has been making some real noise as of late – logging a fourth-place finish at Beaver Lake this past April and a sixth-place finish at the most recent Tour event on Grand Lake in. And it’s not just his stellar finishes at two of the past three events that make Wilson’s successful transition to the FLW Tour noteworthy, it’s also the fact that you can hear in his voice just how much his confidence has grown and how much added determination he has to keep this dream rolling.

Wilson, a decidedly down-to-earth and deeply religious man, attributes his current success largely to a compilation of years of hard work, faith and an undying love of both fishing and football. 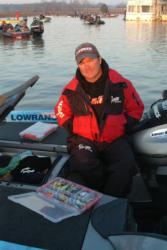 “I grew up fishing. My mom and dad had a boat house and pier and Logan Martin Lake and I remember sitting out on the pier catching crappies when I was 5 years old,” said Wilson. “My dad was an SEC official for 20 years so I was always around college football. So a good part of my life has always been surrounded by football and fishing.”

While Wilson has been fishing for virtually as long as he can remember, the Alabama native squarely set his sights on a football career after being accepted to Auburn University in the late 1980s. But sports, as in life, don’t always work out the way you envision it.

“I blew out my knee my redshirt junior year, rehabbed it and came back but wound up missing the majority of that season. I got back to full playing shape but then I blew out my hamstring in spring training of my redshirt senior year – and that was actually a worse injury than the first one in a lot of ways,” said Wilson. “After leaving football I realized that I had to do something because I always had that competitive drive in me. So after my football days at Auburn, I got a boat and started fishing local events. After that, I started entering bigger and bigger tournaments. Then in 1998, I fished a BFL event – it was called the Redman Tournament trail at the time – on Wheeler Lake and won it. I also won $1,000 for winning the Big Bass award. And that kind of started it all for me.”

From that point on, Wilson was hooked.

“I then started fishing more BFLs and some Bassmaster Invitational events,” he said. “And during those events I met a lot of the greats – Zell Rowland and Dion Hibdon to name just a few. And I learned a lot from those guys.”

In 2003, Wilson started regularly fishing the EverStart Series circuit and actually qualified for the EverStart Championship a few of those years as well. However, although Wilson experienced some tournament-fishing success, in 2009 he decided to take a fairly significant hiatus from the sport to pursue a possible career in medicine.

“I have a background in medicine and in 2009 I actually wound up taking two years off from the sport,” he said. “I was an orthopedic pharmacy rep and (explored) an orthopedic nursing degree.”

But by the following year, the fishing bug bit again.

Newly reinvigorated, Wilson turned his focus to bigger events. And it wasn’t long before he realized some significant success.

“In 2011 I fished the Bassmaster Southern Opens and EverStart Southeast Division. During that season I finished eighth overall in the EverStart Southeast Division and qualified for the Tour,” he said. “I talked with my wife and we decided to accept the (automatic) invitation and fish the FLW Tour in the 2012 season. As far as finances went, we had some money saved up, but we knew we’re going out on a limb. But I thought if I could at least make my money back, I thought we’d be all right.”

Wilson acknowledged that while his head told him he could compete at that level, his heart was racing during those early events of 2012.

“As far as the competition was concerned, I knew that I’d fished against a lot of these guys before – in EverStarts or other circuits – so I didn’t feel like I was over my head. But during that first FLW Tour event during the 2012 season on Lake Hartwell, I was definitely a little starstruck,” he said. “After I calmed down though, I realized that I was actually just fishing against the fish – and that helped.”

For the most part, Wilson barely registered as a blip on the radar screen for bass-fishing fans who were following the 2012 FLW Tour season. But while the Alabama pro produced finishes of 60th, 105th, 48th, 76th, 92nd and 12th place of that year, it was the 12th-place finish at Lake Champlain during the final Tour stop of the season which provided him with some much needed motivation to continue chasing his dream.

“I wound up getting a 12th-place finish at the end of the season on Champlain and finishing like in fourth place overall in the Rookie of the Year points,” he said. “So I figured I was on the right track.”

With a year under his belt on one of the most grueling and competitive circuits in the sport, Wilson set his sights on improving as much as possible during year two.

“I got a title sponsor, Tightlines UV, and four or five additional sponsors for this year so that really helped,” he said. “I also came into the season with a good plan; I just felt more confident overall going into this year.”

And so far, it has showed.

“This year has made all of the difference in the world. It’s magical. I practice differently, I fish differently. And now in a tournament (setting) I don’t get stuck on one thing. There have been some tournaments where I’ve used my fourth or fifth bait (option) and still have found success,” he said. “It’s just a learning process.”

The Alabama pro said part of his success is attributable to his philosophy of not trying to score a metaphorical touchdown on the first play of the game. 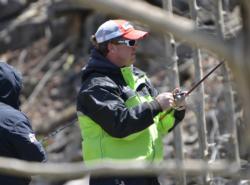 So far that approach seems to be working out just fine.

“Obviously things have been going well this year. I finished in fourth place at Beaver Lake and sixth place on Grand Lake. And even the tournaments I did badly in, like Smith Lake, I was in 19th place overall on day one but just couldn’t get a bite on day two. At Eufaula, I had walking pneumonia so that was a definite factor there because I’ve fished that lake my whole life,” Wilson said. “And honestly, out of all the tournaments on the schedule this year, I’m most confident in Lake Chickamauga. I’ve pre-fished there and really feel like I have a chance to do as well there as any lake we’ll fish all year.”

Barring a complete meltdown on “Chick,” Wilson appears poised to qualify for his first-ever Forrest Wood Cup – slated to take place this year on the Red River from Aug. 15-18 in Shreveport, La.

“The opportunity to make the Forrest Wood Cup would be specials because that’s what we shoot for all year – to make the big show,” he said. “And if I make it and get to fish the Red River, I really think I’d have an advantage because I grew up fishing the Coosa River and I’ve very, very comfortable river fishing. I’m not going to count my chickens before they hatch, but to get there would be very special.”

Although thoughts of an NFL career are now only a distant memory for the Alabama pro, Wilson believes an exciting new chapter in his life is opening. And he likes what he sees.

“I’ve very thankful for what I’ve accomplished. My faith is in God is stronger than it’s ever been. And I now believe when I’m out on the water that anything can happen,” he said. “Fishing, in many ways, is very similar to a football competition. There’s a lot of hard work involved. And you have to believe in yourself to be successful.” 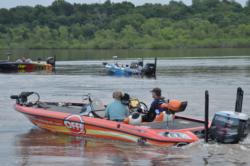 As for the future, the Alabama pro believes that the sky is the limit – and that the fishing world better start getting used to seeing the name Barry Wilson.

“I’ve seen the failures that happen in this sport and I’m very aware of them. I know what I’m trying to do is not easy,” said Wilson. “But I’m fully committed to fishing. I’m here to stay. And these guys better be ready, because I’m coming.”