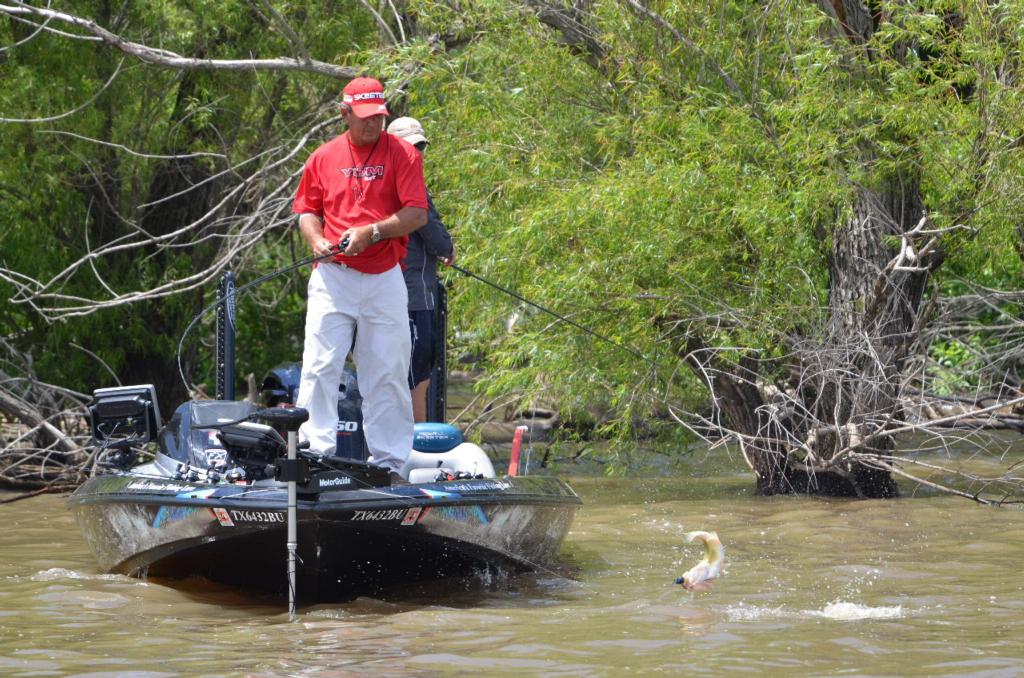 With a lifetime of 335 combined tournaments between BASS and FLW, 16 Bassmaster Classic appearances from 1980 through 2007 and five major tournament victories already to his credit, Zell Rowland of Montgomery, Texas, remains one of the most recognizable names in the sport of professional bass fishing. Affectionately known as the “King of Topwater Fishing,” Rowland also boasts 34 years of major professional tournament fishing experience and more than $1.35 million in combined winning s between the two major circuits.

Oh, and by the way, Rowland fished his first-ever tournament when he was just 13 years old.

But while his track record is legendary, Rowland also shows no signs of slowing down. In fact, the Texan just so happened to have one of his best-ever FLW Tour seasons this year at the ripe old age of 56. With two top-10 finishes on the FLW Tour in 2013 (a sixth-place finish at Lewis Smith Lake in March and an eighth-place finish on Grand Lake in June), Rowland parlayed the ups and downs of a truly rollercoaster-like season into the second Forrest Wood Cup berth of his career. 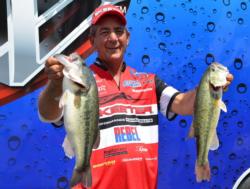 “I had a couple of good tournaments this year and some not so good ones. But I really wanted to finish this year a lot better than I did,” said Rowland. “I felt pretty good going into (Lake Chickamauga – the sixth and final regular season event) but when I didn’t catch them on the first day, I knew that I needed to have a pretty good second day. But I really didn’t catch them on day two either. After that, I was so unhappy with myself that I drove back to Texas nonstop. You know you’ve had a tough tournament any time your wife doesn’t call you the entire trip home.”

Rowland wound up finishing the Chickamauga event in 76th place. But ultimately, it didn’t cost him. Although the Chickamauga tourney dropped Rowland to 39th place overall in the final FLW Tour standings for the year, Rowland managed to secure the very last qualifying spot in the 2013 Forrest Wood Cup – by the skin of his teeth.

“It’s been a grind all year for me and the Forrest Wood Cup is going to be a grind as well,” said Rowland, who last qualified for the Cup in 2005. “But I’m very excited about having the opportunity to fish the Cup. I’m pretty pumped up to be going to the Red River. If I had to go there tomorrow I’d be ready.”

But Rowland – who has spent nearly his entire adult life navigating waterways almost too numerous to count and fighting through virtually every weather condition imaginable – knows all too well that the challenges of fishing this year’s Forrest Wood Cup will not be for the faint of heart.

Especially in late summer … in Louisiana … on the Red River. 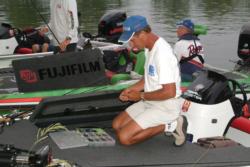 “You better bring your shorts and bring your sunscreen – and don’t bring one case of water, bring two,” Rowland said of predicted fishing conditions which should bring heavy doses of insane heat and humidity throughout the four-day contest. “It’s going to be tough fishing. In the winter and late spring you can catch 15- and 16-pound bags. But in the summer, it’s a lot harder. You can still catch a ton of fish. Everyone is going to catch a limit, but getting those bigger 3-, 4- and 5-pound bites is really going to be difficult. Heck, even catching those 2-pounders won’t be easy during this time of the year. I’ve said it before, if you do catch a 5-pounder on the Red River, especially in August, it’s like finding a $100 bill lying on the ground.”

It also appears that predictions of difficult fishing conditions at this year’s Cup are not the exclusive domain of Rowland either.

“All of us guys who know each other, Jimmy Houston, Larry Nixon and those guys, we all talk from time to time,” said Rowland. “And (the consensus) is that if it stays like it is right now, it wouldn’t surprise me to see the winning weight come in at 44 pounds (an 11-pound per day average). Now, that’s on the low end of things. But on the higher end, I don’t think you’re going to see much more than 48 pounds (a 12-pound per day average).

“All of those fish in that river system live shallow,” Rowland continued. “There is a lot of vegetation in that body of water – hydrilla, lily pads, coon tails and a lot dead timber. When I was down there last, the river looked like my backyard. There was just vegetation everywhere. It’s a great fishery and a great place to catch lots of fish. But like I said, getting those big bites is going to be tough. I think the smarter guys in the field are going to be fishing for one or two big bites early and then trying to round out their limit the rest of the day.”

The Texan also believes that this year’s Cup competition will be more strategic than most. For starters, anglers are going to have to figure out which area of the river system they are going to attack on a daily basis – Pool 3, Pool 4 or Pool 5. Then, on top of that, the field is going to have to successfully navigate the Red River itself, which is filled with plenty of dangerous submerged timber, hard-to-reach lower-water backwater areas, snakes, alligators and other assorted critters.

“I’m going to be doing as much pre-fishing on the Red River as I can – not so much to catch fish but to learn how to navigate that body of water,” said Rowland. “You might find a place you want to fish but then you’ll find out that you have to idle 15 to 20 minutes just to get back into that one spot. And that’s almost an hour roundtrip right there. So on that first day, if you go into the backwaters, you’re going to have to be completely dedicated to that spot. So there’s going to be a lot of strategy involved.”

Rowland said it’s going to be especially important to break down the river in practice.

“I’d like to spend at least one practice day in each of the pools – Pool 5, Pool 4 and Pool 3. That way I’d be able to narrow down my decision on where to fish,” he said. “If you decide to go to Pool 3, you’re not going to have a lot of time to fish – maybe three hours at the most – so you’re really going to have to know what you’re doing and where you’re fishing.

“This isn’t going to be like a regular tournament,” Rowland continued. “If you run to Pool 5, for example, and catch 15 pounds, there is probably no way you can duplicate that the next day in the same area. So your choice will be: Run to Pool 5 again and be satisfied catching 10 or 11 pounds or go to Pool 3 or 4, fish new water and try to get another 15 pounds. There is also the possibility the tournament could be won in the fish release area. So those are the tough choices you’re going to have to make.”

Strategy at the Cup won’t be confined just to which areas to fish. There is also the question of what type of arsenal to throw. 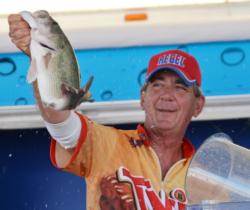 “In my opinion, there are really four ways to catch fish on the Red River. And if you can narrow it down to two (techniques) I think you’d be in pretty good shape,” said Rowland. “I think you’re going to see fish caught on crankbaits, on topwaters and possibly even flipping. But it’s the fourth way that scares me the most. The people who have the patience to fish a worm slowly, guys like Larry Nixon, they could have a lot of success as well. Personally, I don’t have the patience for that approach. I like to do more power fishing myself.”

But regardless of the eventual outcome, Rowland says he’s delighted to be able to compete on one of bass fishing’s biggest stages.

“I’m going to be fishing every day right up until the start of the Cup. And I’ll be ready to go when the time comes. It’s an honor just to get to compete against these guys,” he said. “I’ve never won what I’ve considered to be a major championship in either BASS or on the FLW (circuit) so winning the Forrest Wood Cup would mean a lot to me. I’ve been close before, but close doesn’t even get you a sucker. So to win the Forrest Wood Cup title against these guys would be a real honor.”