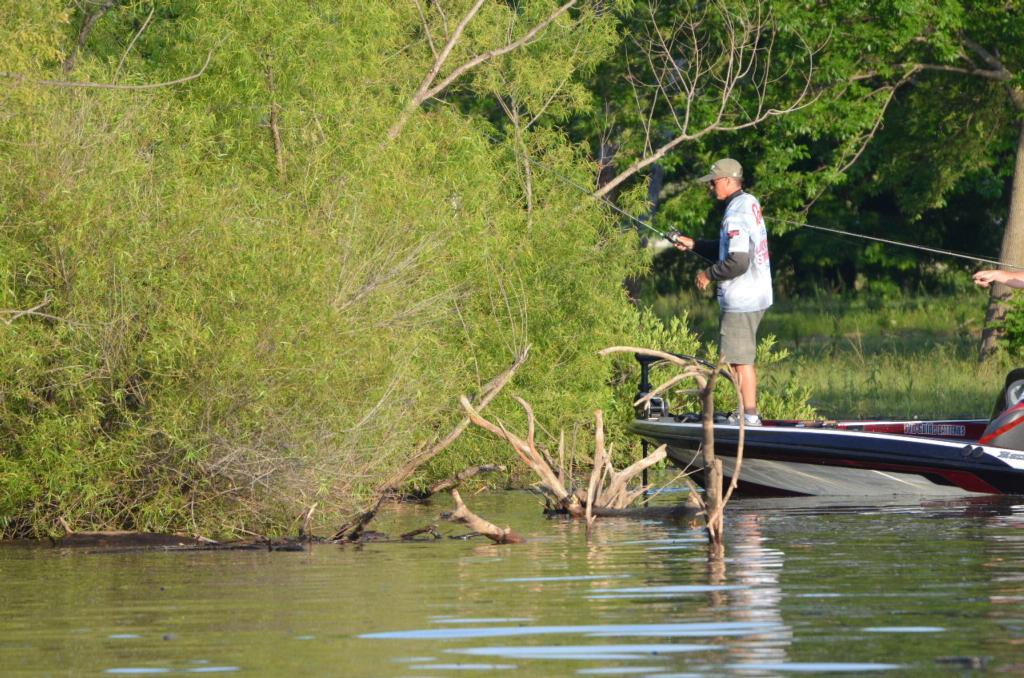 The name Robbie Dodson is well known in the Ozarks, almost as commonplace in the local fishing dialogue as Storm Wiggle Warts and Smithwick Rogues. Dodson has been dominating on the clear, White River impoundments of Arkansas and Missouri for the better part of a decade with EverStart Series wins on Bull Shoals, Table Rock and Norfork Lake. But he’s also quietly improved in his five years on the Walmart FLW Tour – this past season culminating with a top-10 finish at the Forrest Wood Cup.

After a bomb at Okeechobee to start 2014, Dodson turned in four straight solid tournaments – including a third-place finish at Grand Lake. When he reflects on the season, Dodson sees a combination of frustration and growth.

“I don’t know what happened at Okeechobee, but I dread going back down there again to start 2014,” said Dodson. “To me, it looks like there’s grass for hundreds of miles; you can fish that lake for a lifetime and not cover all of it. I’m a slow learner. Maybe I’ll figure it out in three or four years. 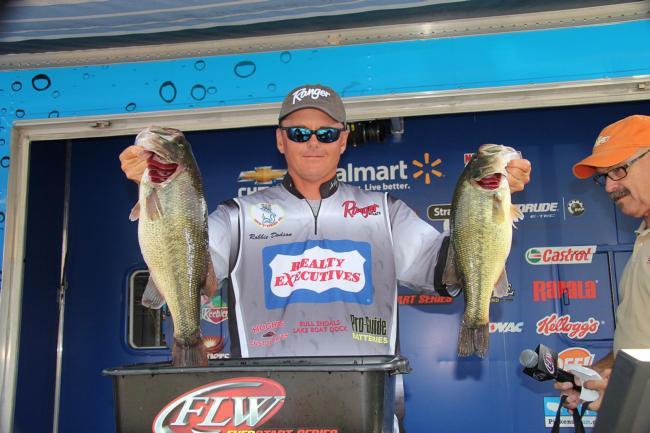 “The other one that we’re going back to is Beaver. It’s close and I have fished it since I was a kid, but I can’t say I like it. I’ve spent most of my life launching up by the dam. And it seems it’s always won in the mid-lake region. I guess those fish up by the dam are harder to catch. You think I would have changed up by now, but like I said, I’m a slow learner. Beaver is better than it ever has been, but man I’ve been going there my whole life and catching five for 8 or 9 pounds.”

Grand is also located a few hours from Dodson’s home in Harrison, Ark. While he doesn’t have quite the experience he has on Beaver, he’s fished the lake enough to know what general areas to be in – even considering the unforeseen conditions.

“When we were there, everybody was fishing the bank because of the cool spring and the high water. Most people were flipping, but I was going in and around people, behind people – swimming a black and blue jig by the bushes. It seemed like some of those fish were still guarding fry. You’d see a few and that’s where you’d catch your fish at. That lake amazes me; it has so many fish. They have tournaments out there every weekend and the catches they bring in, over and over again, are just amazing.”

With a Cup berth hanging in the balance, Dodson headed to Chickamauga knowing the ledges would be crowded, but also knowing that’s where the tournament would be won. 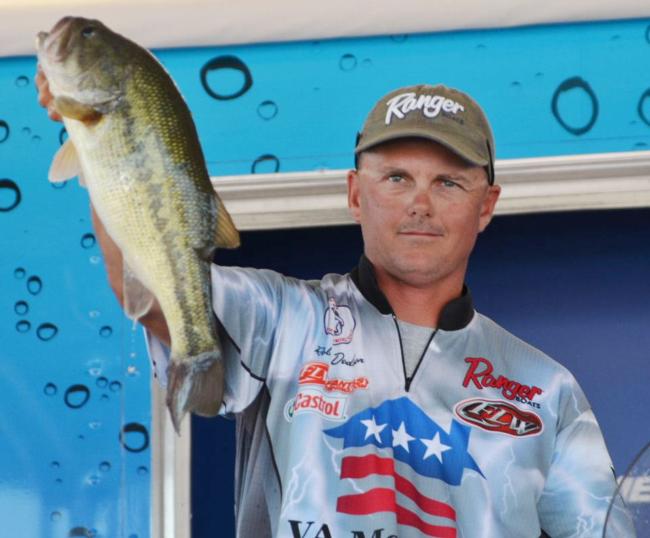 “I went down to the lower end and it seemed like there were people everywhere you looked. So I stayed away from the community holes and swam a jig and threw a frog around docks and grass lines. It kind of worked out. I lost a key fish or two that cost me. I didn’t draw a check (he finished 61st), but I did make the Forrest Wood Cup. And I don’t regret the decision to go against the grain and fish shallow.”

Dodson was the third-to-last FLW Tour pro to qualify for the Cup and was determined to make the most of it. Having fished a tournament earlier in the year on the Red River shed some light on what pool to fish.

“Before I would always lock down and fish Pool 4. On the second day of the tournament, I just stayed up in Pool 5 and caught a big stringer. So during practice for the Cup, I made up my mind that I was going to stay in Pool 5. Really, that’s where all the big tournaments take off from and where all the fish are released. By the end of practice I had three decent places where I could catch a big one and the bite in the main river was strong too. You could get a bunch of bites, catch 8 or 9 pounds and it would give you a start and then you could go frog fish in the backwaters.”

The plan was working as Dodson caught a solid 10-pound, 15-ounce opening-day limit and a strong 12-pound, 8-ounce limit to make the top-20 cut in eighth place.

“I beat up those areas the first two days hard,” said Dodson. “I think by the last two days the fish were getting conditioned; they just wouldn’t bite. My best spot was in Port Lake – within sight of where Randall Tharp was. He was on the inside and I was on the outside. After practice, I honestly thought I could win the tournament there. But I also knew how unpredictable the Red River can be.”

Dodson cleared $25,000 for his 10th-place finish at the Cup. More importantly, he feels he’s successfully made the transition from regional pro to tour-level pro. The next step is to put the finishing touches on a tournament and step into the winner’s circle. 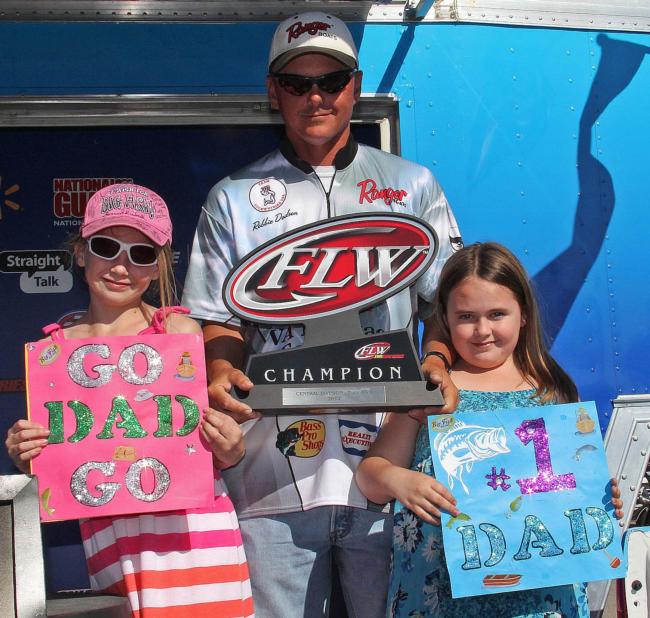 With a schedule he believes is largely unfavorable to his strengths, 2014 will tell the tale of how much Dodson has progressed.

“After a year like this, I feel like I’m on the right track. But I had a good season like this a few years ago, so we’ll wait and see. I sure don’t like the schedule. I should catch fish at Hartwell because I like fishing deep, clear water. Those other ones are not going to be very good on me though. I was looking forward to Pickwick, but we can’t lock into Wilson because the All-American is going on at the same time. And I’ve never done well at Kentucky Lake. So we’ll see.

“One thing I’ve got to learn is how to adjust faster. Fishing where I live, you’re better off doing what you’re supposed to be doing and just keep grinding. These other lakes we go to, if you’re not catching them, you’re doing something wrong. I’m just not good at switching it up.”