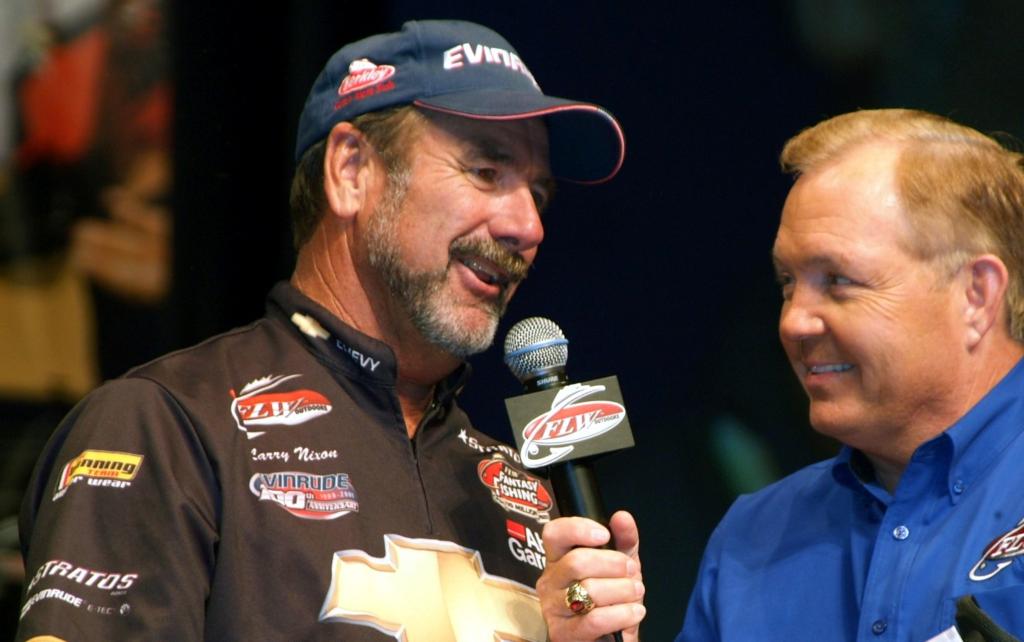 As a fan of the sport and a reporter/editor for the past decade, I’ve slowly learned the language of professional bass fishing. To be sure, it’s a dialect all its own that spans the entire country. So the next time you’re at a tournament or watching weigh-in via FLW Live, here are the Cliff Notes to save you some confusion. Editor’s Note: This is meant as light-hearted humor, although there is a shred of truth to the translations.

“I eliminated a lot of water today.”

This is my personal favorite. Sure, eliminating water is acceptable in practice, but come tournament time it’s about the last thing you want to be doing (other than being broken down at a service trailer). What this really means is that the pro had an epically lousy day and there’s no way he’s going to fish the same places he fished today. I’m always amazed how pros can say this with a straight face – acting like they accomplished something.

“I zigged when I should have zagged.”

I remember being completely dumbfounded the first few times I heard this. This statement makes you believe there are only two options in fishing – like heading north or heading south or flipping lay-downs or cranking rock. In reality, we all know that there are innumerable options and decisions pros face each day. To simplify it down to two is just asinine. What this really means is that the pro had a terrible day and he has to say something on stage because Chris Hoover keeps putting a microphone in his face. It certainly can’t be the pro’s fault, because he’s a bulletproof pro after all, so sure, it’s as simple as he zigged when he should have zagged.

Pretty much every lake in the southeast has bass up to 8 pounds. Some like Okeechobee and Chickamauga even hold 10-pounders. Sure it’s possible to catch one of these giants, but it’s also possible that I win the lottery tomorrow. What this really means is that the pro is trying to convince himself that he’s still in contention so he’ll keep his mental focus.

I actually believed this line for a few years before wising up. What this really means is that the pro is sponsored by Berkley, but Berkley either doesn’t make that type of bait or their version of it is ineffective. Here’s an example. “I’m using a new prototype creature bait from Berkley.” What’s the reality? The reality is that he’s throwing a Zoom Brush Hog like everyone else. Let’s try another example. “I’m using a new prototype soft plastic stickbait from Megabass.” The reality, of course, is that he’s using a Yamamoto Senko. There is no prototype; it’s just a sneaky way for the pro to verbalize his sponsor brand. Ask for it at the morning photo shoot and amazingly, said pro has run out of these prototypes.

“It was a grind out there today.”

This one is meant to convey the difficulty of the bite while also demonstrating how laborious a day of tournament fishing can be. I cannot help but despise it when it pertains to someone on top of the leaderboard. Hey pro leader, you just caught 27 pounds of bass during a springtime tournament when virtually all of the fish are actively feeding in water 5 feet or less. That’s a grind? Setting the hook over and over again is a grind? Give me a break. Yes each tournament day lasts eight hours and consists of non-stop repetitive casting. It’s not easy, but it’s not laying brick either. What this really means is that the pro leader is inexperienced with the media and/or doesn’t want to reveal any pattern details and/or doesn’t have a strong enough sponsor portfolio to use the “prototype cop-out.”

This one is used not at weigh-in, but prior to the tournament – either the night before (usually at the bar or campground) or at the day-one takeoff. While his puffed out chest says, “You might as well write me the check,” what this really means is that the pro received two (or maybe three) bites in one area. He set the hook on the first bite and it was a 3-pounder. He pitched right back in there and got another bite, but shook it off. After that, he immediately left the area. He really has no idea how many fish are there or how big they are. “Let’s just say I’m on something special,” oftentimes turns into, “I zigged when I should have zagged.” Note: You will never, ever hear Andy Morgan or Bryan Thrift say they are on something special.

“I swung for the fences today.”

This is the gold standard of bass fishing cliches, but the translation is often confused. Ask David Dudley how he feels about this and he’ll give you 30 minutes of pure entertainment. In a nutshell, what this really means is that the pro had an awful first day and then decided to only fish for big bites on the second day in hopes of a miracle. He says this as if gambling is super cool and somehow justifies another subpar performance. As Dudley always counters, shouldn’t you be fishing for the five biggest bites every day? Is that not the essence of tournament bass fishing?

“I think I figured something out late in the day.”

This is another statement that sells hope in a dire situation. What this really means is that said pro struggled on day one but right before he was due to check in caught a 4-pounder outside the release area. Because of one fluke fish, he’s hoping to vastly improve on day two, but most likely he’s going to turn in the same type of stringer tomorrow. “I think I figured something out late in the day,” oftentimes turns into, “I swung for the fences today,” as that release area is crowded with a dozen other boats who had the same idea.

Got any more? Email them to me at [email protected]