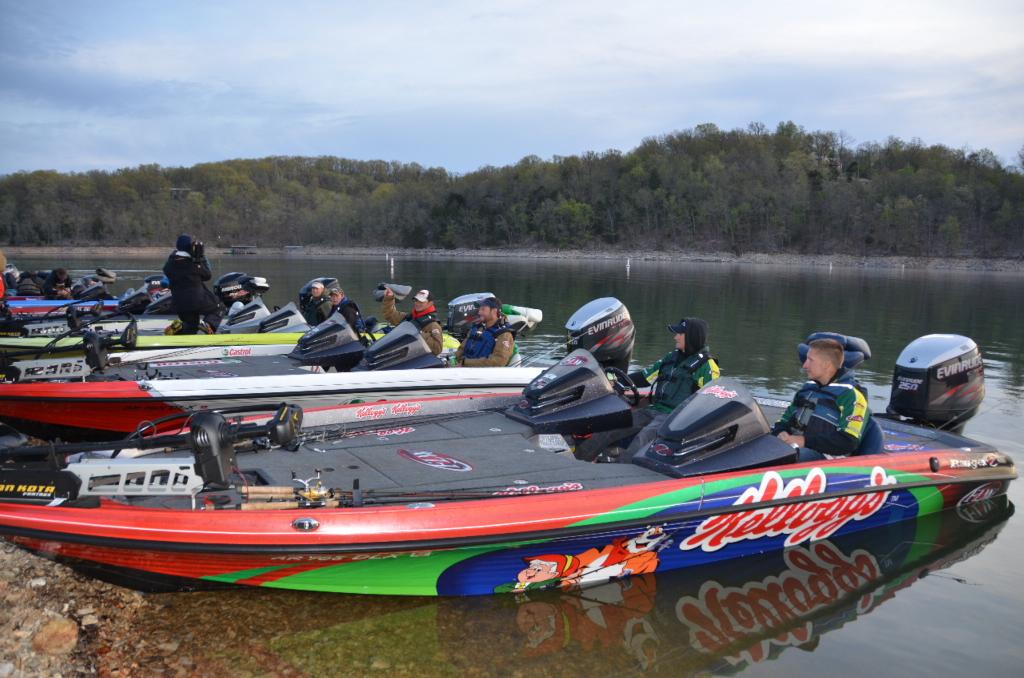 While today’s top professional bass anglers are duking it out on Lake Hartwell at the second stop of the 2014 Walmart FLW Tour, tomorrow’s bass pros will be looking to make history at the 2014 FLW College Fishing National Championship on nearby Lake Keowee March 6-8.

FLW College Fishing has progressed in leaps in the few short years since it was launched. Primarily, the field of anglers has gotten better. These young men and women can flat out fish, so just getting to the championship is an impressive feat. And every team has a legitimate shot at walking away with the title.

Still, college life imposes some limitations on how much prep work anglers can put in. The typical college budget is an obvious hurdle. Geography and time constraints factor in too – some teams simply cannot get away from school and responsibilities long enough to put in on-site pre-practice recon. Also, Northern teams might need to shake off a little wintertime rust when they arrive in South Carolina if they want to be on top of their game.

Taking into account all the variables that influence the collegiate tournament scene, I took a stab at choosing the top five teams that will contend for the championship in a couple weeks. Here they are, in no particular order. 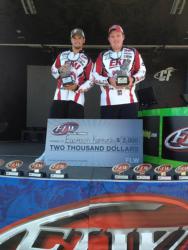 The Eastern Kentucky team of Ethan Snyder and Billy French (left) won the FLW College Fishing tournament title on Kentucky Lake after boating a total catch of 17 pounds, 9 ounces. For their efforts, the team walked away with $2,000 in prize money.

EKU gets my pick based on past success, both as a club and individually. Ethan Snyder was part of the High School Fishing World Finals championship team in 2010. Then in 2012, he and tournament partner Matt Salmons finished sixth at the College Fishing qualifier on the Mississippi River and 10th at the Central Conference Championship on Carlyle Lake. In 2013, Snyder and his new partner Billy French beat out the Kentucky Lake favorites from Murray State to win the final qualifier of the season, then finished seventh at the Conference Invitational on Detroit River.

All this success proves that the duo can get it done on a variety of fisheries and in different seasons. Couple that with the similarities between the clear, mountainous Lake Keowee to the reservoirs of eastern Kentucky, and I’d say EKU is an easy favorite. 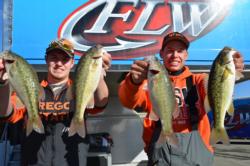 This might be the best opportunity for a West Coast team to grab the title – which would be a first in FLW College Fishing history. Keowee is a spotted bass fishery, and the Beaver bass club has had good success on spotted-bass fisheries – and just about everywhere they’ve fished – in the last two years.

Zach MacDonald and William Sparks won at Lake Shasta, took seventh at Lake Havasu and were runners-up in the Western Conference Championship on Utah Lake. And that was just in 2012.

In 2013, they won at Roosevelt, took third at Oroville and finished sixth at the Western Conference Invitational at Clear Lake.

Much of their success has been in early spring, plus they’ve fished the championship before in 2013 (they finished 22nd), so they’ll be prepared for the pressure of a major event. 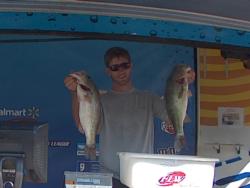 The drive from Young Harris, Ga., to Seneca, S.C., and Lake Keowee is a 90-minute jaunt through the Blue Ridge Mountains. That’s close enough that I can just about guarantee that Grayson Payne and Furman Thompson have spent some hours on Keowee prepping for this event. Oh, and Thompson, who has fished FLW College Fishing events since 2011, has been fishing Lake Keowee and other local lakes as part of the Walmart Bass Fishing League Savannah River Division since 2009. His best finish on Keowee was third place in February 2013. His experience should help the team out in March. 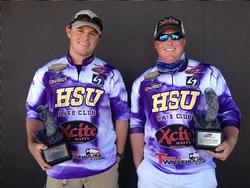 You can’t talk about a list of a college top-five without including a team from Texas, and Randy Sullivan and Hubbell Allen are the hottest team in the Lone Star State right now. They’ve logged four top-10 finishes since 2012, including a win on Amistad, second place at Toledo Bend and first place at the Sam Rayburn 2013 Invitational. Their successes have come from around the state against tough competition, so I know they are versatile anglers. And I’d have to bet that if any team is going to sniff out the big largemouths – green fish will be game-changers on Keowee – it’ll be this one. 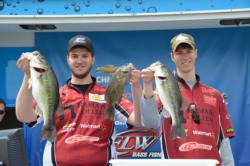 The New Jersey Zapfs (That’s a good name for a rock band, isn’t it?) might seem like a sleeper pick for the top five, but they’ve got the resume to prove they can make it happen. Joseph made the top 10 at the Lake Murray championship with his partner Jeffrey Voss in 2012, and he has a total of 10 FLW top 10s: three as a co-angler in BFL competition and the rest at the college level. Joseph’s college resume also includes three wins, the most recent with Andrew at the 2013 FLW College Fishing event on Smith Mountain Lake. With the Zapfs’ strong finesse-fishing track record, the team shouldn’t be caught off guard by what they find, so expect a strong finish once again from Ramapo.