Five to watch at Hartwell 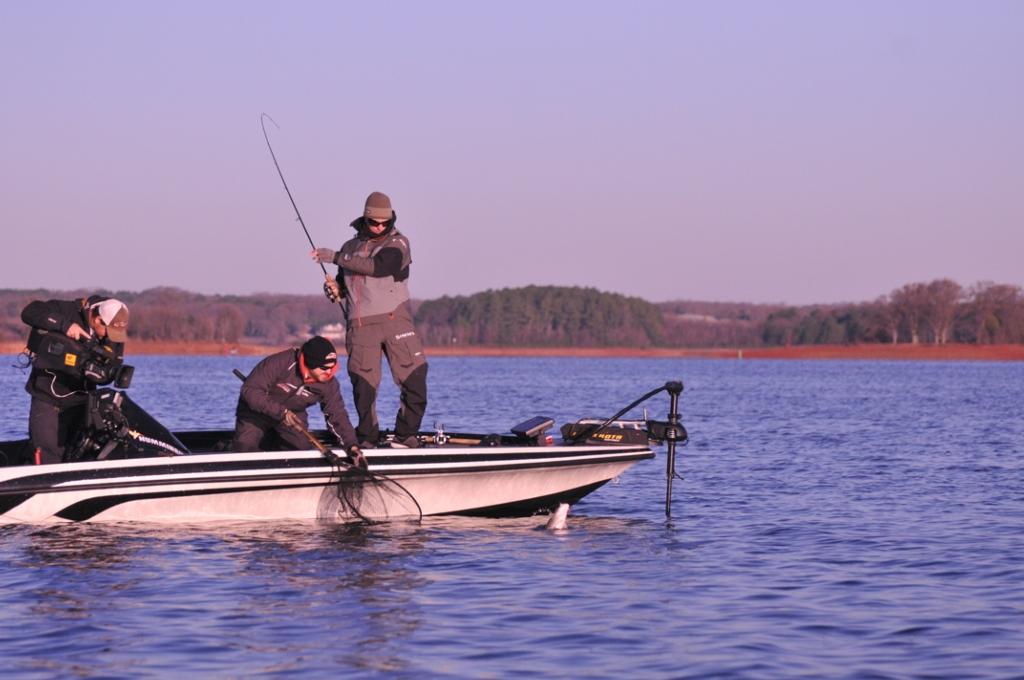 Lake Hartwell marks the second of six regular-season stops on the Walmart FLW Tour. It’s the first of two events held in the Palmetto State, the latter being the Forrest Wood Cup on Lake Murray Aug. 14-17. Hartwell is a diverse fishery that allows pros to fish their strengths and spread out among several major creek arms. With changing conditions and so much at stake, several storylines are beginning to emerge. Below are five pros that bear monitoring as competition begins Thursday. 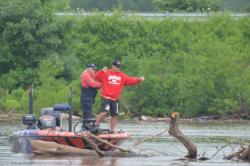 Dave Lefebre – Let’s say it like it is. Lefebre’s season opener on Lake Okeechobee was disastrous. After experiencing mechanical problems the first day, Lefebre caught a small 10-pound, 3-ounce limit the second day and left Florida with only 25 points. A perennial Forrest Wood Cup qualifier, Lefebre needs to right the ship in a hurry to qualify this year. The 2014 Cup is especially important to the Pennsylvania pro as he finished second on Murray in 2008. The good news is that Lefebre has performed incredibly well on Hartwell in the past- posting an 11th- and an eighth-place finish in his last two tournaments. A major rebound is there for the taking and he needs it in the worst way. 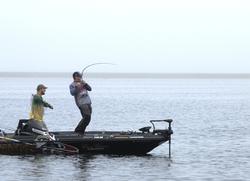 Brett Hite – A consistent pro over the course of his career, Hite has experienced several rollercoaster-type swings. When he’s fishing badly, it can be real bad. But when he’s fishing well almost nothing can stop him. The last time he won an FLW Tour event he followed it up with a huge win out West. Another back-to-back scenario could be in the making this week. After winning the season opener on Okeechobee, Hite is primed to take his finesse fishing skills and his love of the prespawn to Lake Hartwell, where he finished 10th in 2012 and 23rd in 2011. If you heard his Okeechobee post-tournament interview on stage, you heard a supremely confident angler. It sounds cliche, but momentum is everything in bass fishing. That’s even truer when it comes to Hite. 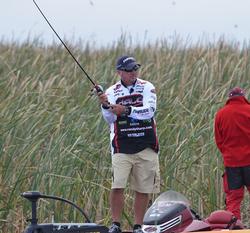 Randall Tharp – The honey badger is one of the hottest anglers in the sport at the moment. Since winning the 2013 Forrest Wood Cup back in August he has been riding that momentum into the new year by finishing no lower than fifth in his first two tournaments of 2014 (FLW Tour on Lake Okeechobee – fourth – and Bassmaster Classic – fifth). Tharp feeds off success and when he finds “the zone” – like he did in the Cup – he can seemingly do no wrong. With higher water than the previous FLW stop back in 2012, you can bet Tharp will find some fish up shallow. In fact, one of the best things for Tharp would be warming water temperatures. The higher those temps get then the higher his chances go to catch them good. 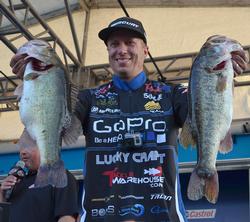 Brent Ehrler – While Tharp would like to see rising water temps, Ehrler on the other hand should be content with how the lake is right now. He proved back in 2012 – when he won the last FLW Tour event on Hartwell – that you can catch largemouth from the depths on Hartwell and conditions are setting up for him to try it again. The Meter Man is a true magician with his electronics and Hartwell is the perfect venue for him to work his magic. Ehrler isn’t the guy that will dominate a slugfest type tournament, yet he shines when a consistent weight can be caught each day – like he has done in the previous two visits to Hartwell. Simply put, March on a deep, clear reservoir means they bite for Ehrler. 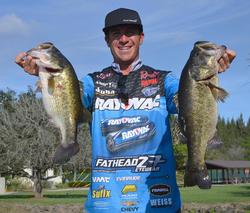 Jacob Wheeler – With multiple options to fish on Hartwell this week the ability to adapt and think outside the box could be the ticket to take home a big check. Wheeler is a guy that has proven he can excel in situations like this throughout his career – namely when he won the 2012 Forrest Wood Cup on Lake Lanier. The Rayovac pro already demonstrated his adaptability at the first FLW Tour stop about a month ago on Okeechobee. He started day one with a mere 7-pound, 8-ounce limit to have him way down the leaderboard. He made an adjustment for day two and sacked 27-14 to claim 21st place – narrowly missing the top-20 cut. Decisions like that show just how dangerous the young Indiana pro can be on any given day. Wheeler learns quickly from his mistakes and after posting a 38th place finish on Hartwell back in 2012 you can bet he will look to top that this time around.