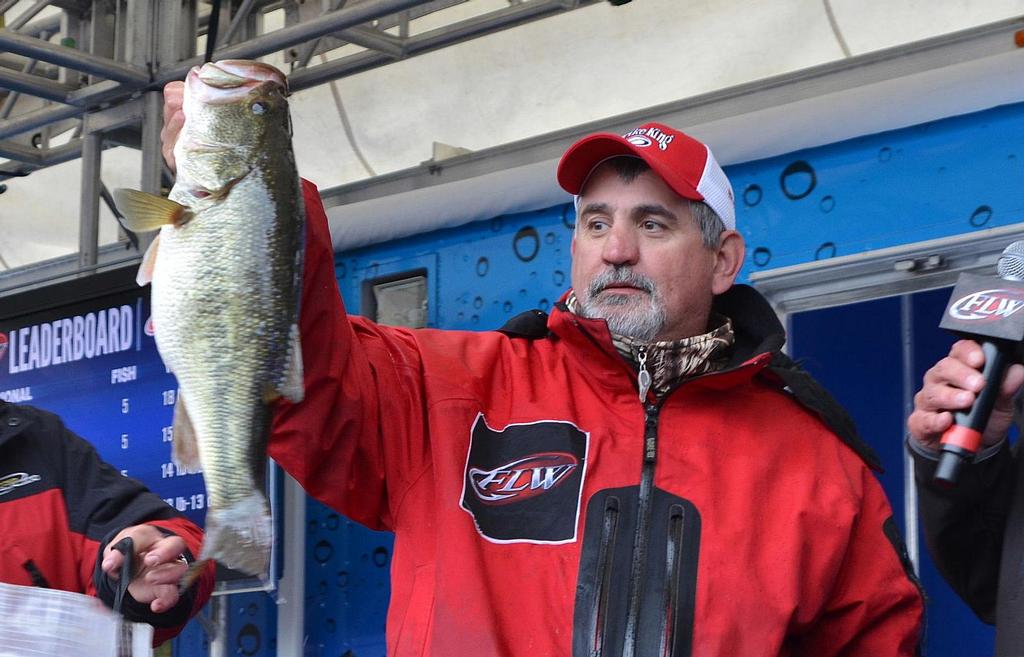 Keith Amerson didn’t know what to expect in his rookie season on the Walmart FLW Tour, but the opening salvo has been remarkable. All the 44-year-old mail carrier knew was that fishing professionally has always been his dream. Thus far, it’s been a dream that he doesn’t want to wake up from. After making the top-20 cut at Okeechobee, Amerson finished 52nd at Hartwell, earning yet another five-figure paycheck. With one third of the season complete, it’s likely his best is still yet to come.

Growing up, Amerson’s passion for bass fishing was instilled by his grandfather. Living approximately 30 miles from the Tennessee River he began fishing small club tournaments and then team tournaments. Amerson got his first major break in 2001 when he claimed the Fishers of Men Team National Championship with partner Jason Martindale. Numerous FOM accolades followed – including winning Team of the Year honors and claiming the 2007 Legacy Series National Championship with his daughter Kelcey. 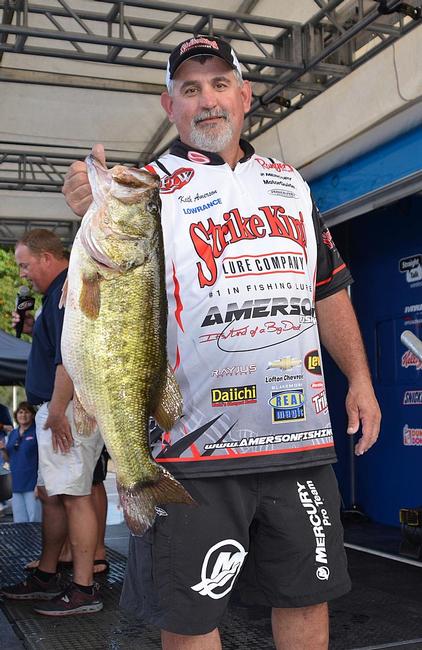 “After that I started fishing the BFLs and the Rayovac FLW Series,” Amerson explained. “I’ve just been working my way up. Strike King was my first sponsor in 2002 and I have a friend who wanted to help me with entry fees this year. That’s how I got to where I am today.”

Amerson opened eyes when he caught a 10-pound, 6-ounce behemoth at Okeechobee, the largest bass of the season’s first tournament. Sharing an area with pro Leon Williams, Amerson eventually ran out of fish on day three and finished 19th.

“I only caught one 6-pounder in practice at Okeechobee. I didn’t fish that area hard in practice, but I was on a lot more than I realized. I’ve never caught a 10-pounder in my entire life.”

Amerson caught another giant on Hartwell exactly a month later, this one weighing 6 pounds, 13 ounces. Again, it was the heaviest bass of the entire event. Two tournaments – two big bass awards from one rookie pro. Even veterans of the sport started asking the obvious question, “Who is this guy?”

“At Hartwell I knew I was on big fish,” Amerson clarified. “I knew I wasn’t going to get many bites, but they were big – mostly 3- and 4-pounders. When the 2014 schedule came out, I figured this would be a great year to try it because I had fished every lake except for Hartwell. Then my first fish of the tournament was that 6-13 and I thought thank you God. It’s a big relief to have Hartwell over with. After my prepractice, I’ve never left a lake more confused.” 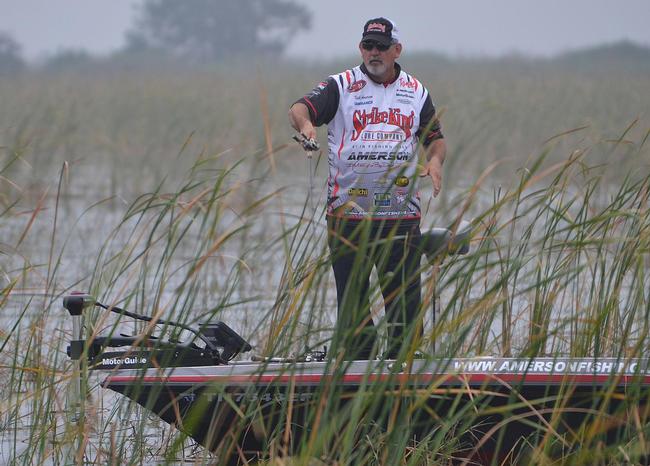 Back home in the town of Bethel Springs, Tenn., Amerson is known as “The Big Deal.” It started as a joke among friends – playing off the popular line from Will Ferrell’s character Ron Burgundy in the movie Anchorman, but somehow it stuck. The nickname will stick with fishing fans across the country if Amerson continues his penchant for coaxing kickers.

“I don’t know how to explain it, but I’m proud of those two fish. The recognition that I’ve gotten is neat and it’s helping me get my name out there, but it’s more about the adrenaline rush of playing those big ones.”

Amerson currently sits 19th in the points race. His No. 1 goal for the season is to qualify for the Forrest Wood Cup on Lake Murray Aug. 14-17 in Columbia, S.C. Goal No. 2 is to cash as many big checks as possible.

“I’ve fished my whole life, but honestly, I didn’t know how I’d do out here. I didn’t know if I was good enough to compete with these guys. I realize I’m a nobody in the fishing world, but the pros, the guys I’ve seen on TV for years, they’ve accepted me with open arms. That’s one thing I never expected and that’s really humbled me.”

Perhaps most impressively, the early part of the season was supposed to be about survival. As a summertime specialist, Amerson is especially looking forward to the final two qualifiers of the year on Pickwick Lake and Kentucky Lake. 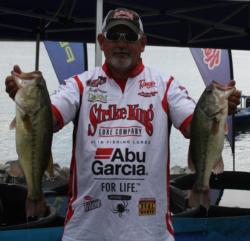 “I prefer to set up over a shell bed and cast a 10XD or drag a Strike King football jig. I expect to do well at those two. I’m looking for top-20s and anything less I will be upset with myself because I didn’t do what I needed to do. Kentucky Lake is the one I’m looking forward to the most. I like Pickwick, but it scares me too because it fishes so small. In the summer there are only 40 or 50 schools of fish. If you get a bad (boat) number, you can be in trouble and not get to fish where you want.”

While he dreams of offshore ledge fishing in the warm June sun, Amerson realizes there is immediate work ahead – namely the Sam Rayburn Reservoir and Beaver Lake. For now, he’s grateful for the opportunity in front of him – thanks largely to sponsors.

“I need to thank Ranger Boats, Mercury, Power-Pole, Strike King, Lew’s, Lowrance, Daiichi, MotorGuide, Lofton Chevrolet, Rayjus and the entire Amerson Fishing Nation. I don’t know if I’ll be able to come back next year or not, but right now I’m living my dream.”