Fighting back, one tournament at a time 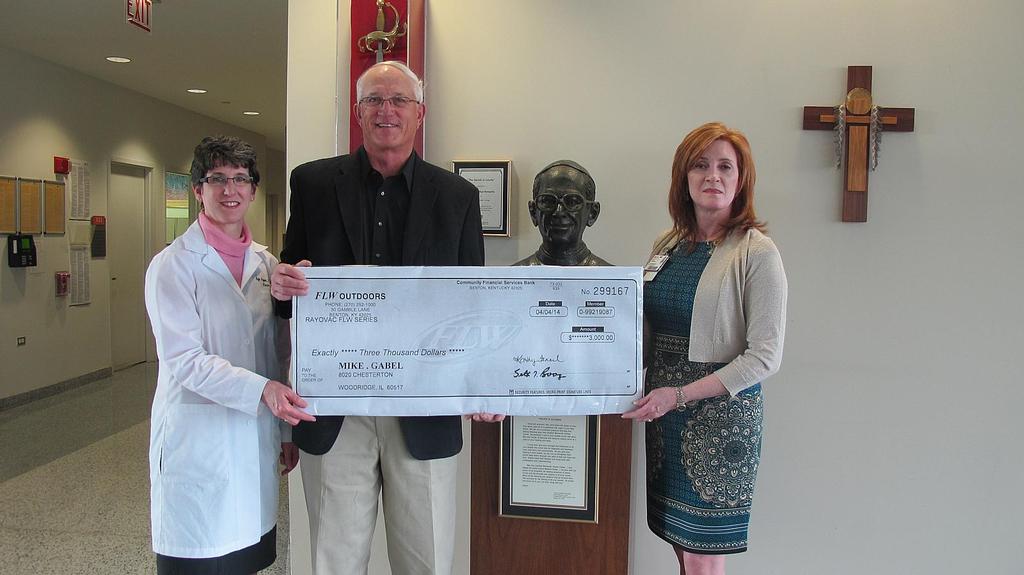 You’ve heard them before, as you watched an FLW tournament weigh-in being streamed on the website – anglers invited by a weighmaster to say something to loved ones back home. If they’re not too nervous, most anglers who are asked take advantage of the opportunity. Almost invariably, they look into the camera’s lens, and the first words they utter go something like this: “I want to say hello to my wife and thank her for her support all these years. I wouldn’t be here without her.”

Mike Gabel would give just about anything to be able to say that, knowing that his wife, Richay, was out there watching and listening. The last time he spoke of her, at a Walmart Bass Fishing League weigh-in, he also spoke of his wife’s battle with brain cancer, and how a surgeon had removed a malignant tumor two years previously and that Richay was finally going to get better. Except she didn’t, or at least not for long. In early January of this year Richay succumbed to pneumonia after being stricken with another brain tumor that wasn’t operable.

The doctor found the new tumor a year ago this month. Over time, it affected Richay’s ability to see and maintain her balance. Gradually the excruciating headaches she experienced from the first tumor returned. In the fall, Richay’s condition got worse. The holidays weren’t happy for Mike, his three children and Richay’s relatives. It was a long goodbye, and at the end of it Richay died as peacefully as might be expected.

During those last days, when he saw the inevitability of his 61-year-old wife’s condition, a plan started taking shape in Mike’s mind. Eventually he was going to start fishing FLW tournaments again, he knew, except he was going to fish them with a cause in mind. He would donate any money that he won to the cancer research center at Loyola University Health System near his home in northern Illinois.

In early April, he collected $3,000 for finishing 14th in the Rayovac FLW Series Central Division tournament on Grand Lake and promptly turned it over to Loyola’s Cancer Services. On May 17, he placed fifth in a Walmart Bass Fishing League Great Lakes Division tournament on the Mississippi River at La Crosse and collected $990. That went to Loyola’s Cancer Services too. He plans to follow the same routine if he wins money at the Kentucky Lake Rayovac this weekend, as well as other BFL events to come.

“I just had this thought about fishing for a cure,” says Mike, 62. “Now I’m fishing and donating any winnings to help fight cancer. When I told my co-anglers and others my story at the Grand Lake Rayovac, it was their story too. They all knew or know somebody, maybe a relative, who has had some form of cancer. The word got around; guys like Darrel Robertson and Mark Rose were fishing near me and cheering me on, encouraging me to catch my limit and do well.

“So my donation is a reflection of my determination to help stop cancer. The frustrating thing about science is that we can send people to the moon, but we can’t stop cancer,” he continues. “I just wish we could put a lot of smart people in a room and keep them there until we can figure it out.”

Until that day comes, researchers will have to rely on people like Mike Gabel who are willing to contribute to the cause in ways that reflect a personal stake in the outcome.

“Richay didn’t go to tournaments, but she was very supportive of me,” he says. “When I talked at a BFL weigh-in about how she had recovered from brain surgery that first time, I acknowledged that the power of prayer is very strong and a lot of people were praying for her. If you have faith in God, you’ll make it through. You’re not alone in this world; you’re not alone in this struggle.”

Fish for a cure; that’s the best he can do, and in a quiet sort of way encourage others whose lives he touches to join the fight.