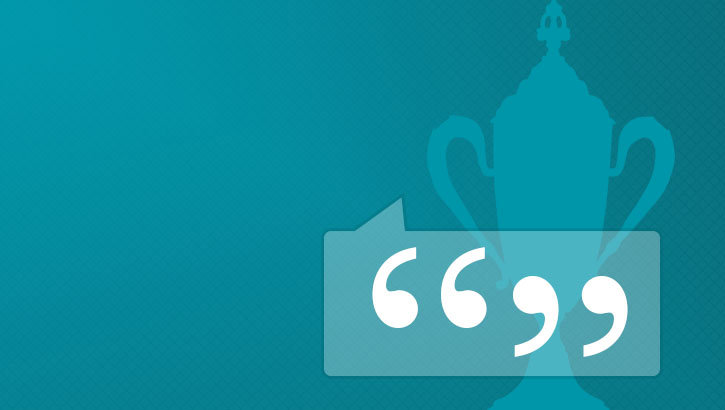 We caught up with this year’s first-timers to see what it’s like to be on the eve of the biggest tournament of their lives. And rather than weigh their odds, we asked each one to share his own expectations for the Cup.

Here’s what they had to say. 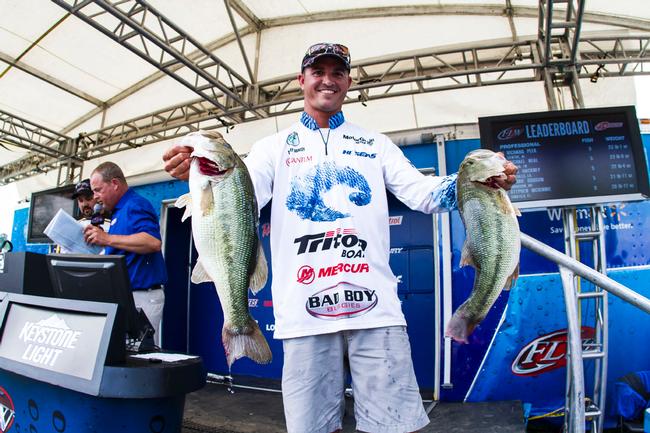 “This is the whole reason I fished both tours this year – to make the Cup.

“I’ll be honest, I don’t spend a lot of time on Murray. If the tournament was in the spring I’d like my chances better, but I still know where those fish live in that lake.” 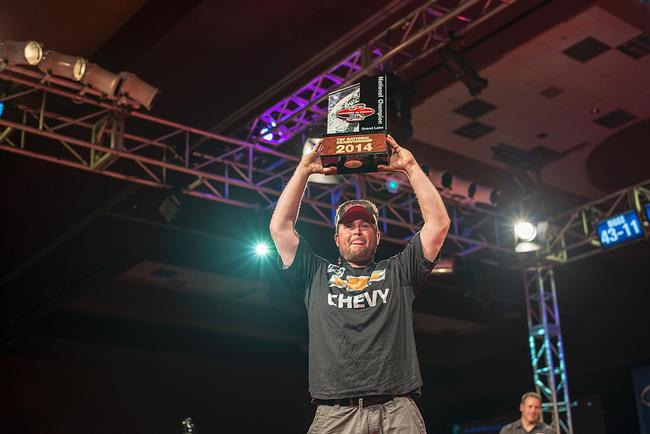 “To make it feels like such an accomplishment. Twice in the last three years I missed it by less than 2 pounds. It’s part of my lifetime bucket list.

“I feel like I can compete. I spent some days pre-practicing and I think I found something special.” 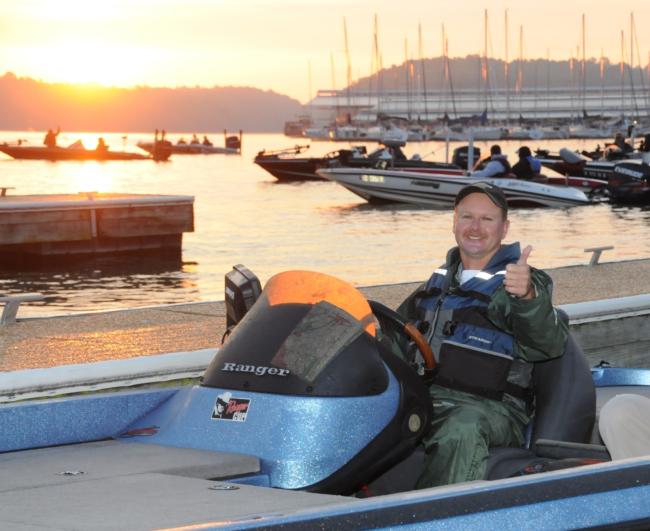 “I’m looking forward to it. I saw the Cup [the actual trophy] at the Kentucky Lake event, and I thought, ‘That would be nice to own.’

“I’m going to give it all I’ve got. Plus, I wanted to double-qualify for the Cup. It burns me that I didn’t. So I want a good showing.” (He qualified via the 2013 Rayovac FLW Series but not the 2014 Walmart FLW Tour.) 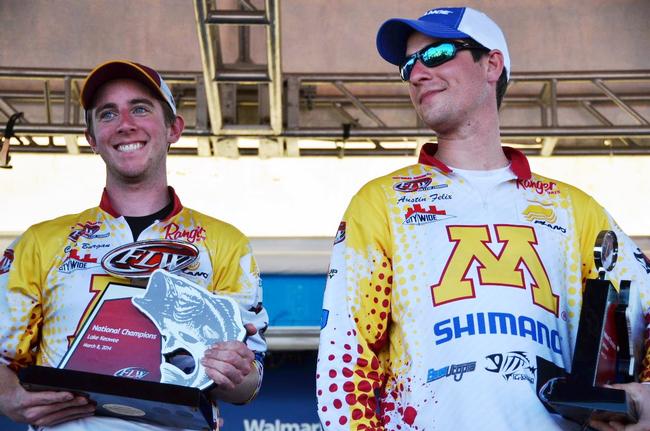 “I don’t think I can put what the Cup means to me into words. Living in Minnesota, there are not many big events that come around here, so I’m sure it will be eye-opening.

“Only one college angler has made the day-three cut, so that’s my goal.” 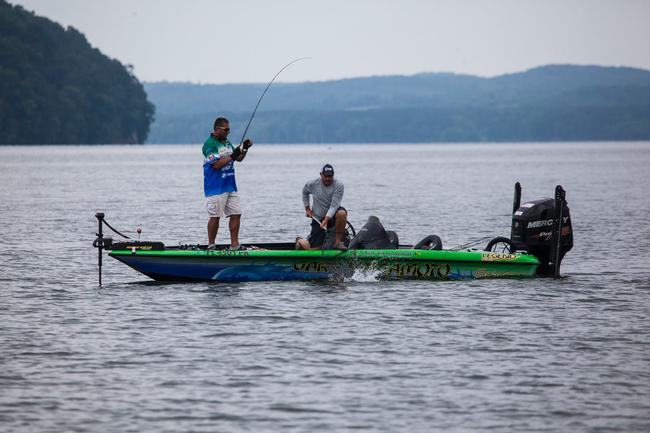 “The Cup is what everyone shoots for. So to make it in my first year on the FLW Tour is pretty special. I told my dad that I was going to make it this year, but I don’t think he believed me.

“Blueback herring lakes usually get me; they always do. So I’m hoping this is one time it doesn’t.” 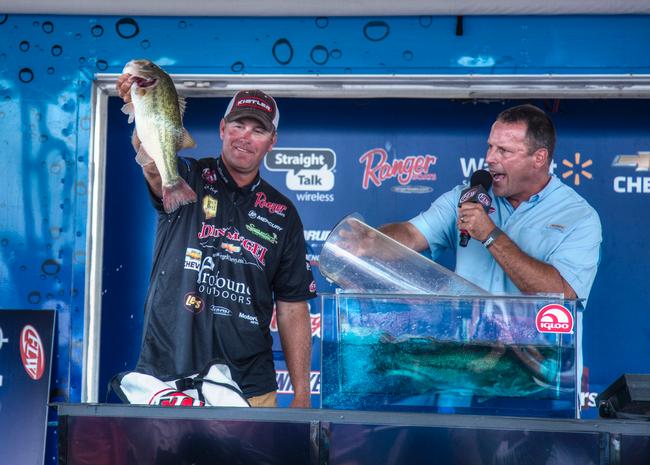 “It’s a neat deal [making the Cup]. To tell you the truth, this season was such a grind that I didn’t think I would make it.

“I’m excited, but I’m also scared to death. If the bite is deep, I’ll expect a lot from myself.” 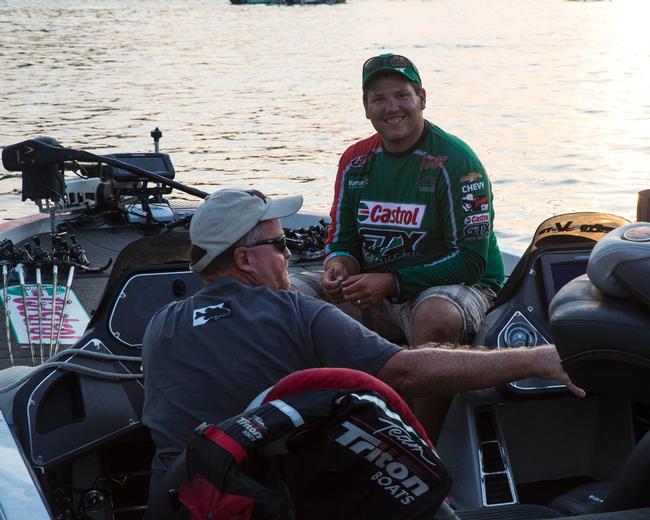 “This is a dream come true. I grew up reading about the Cup in magazines, and now I’ll get to fish surrounded by the heroes I used to read about.

“I’m not an over-hyped type of person. So I’m just going to show up, do the best I can and enjoy the awesome opportunity.” 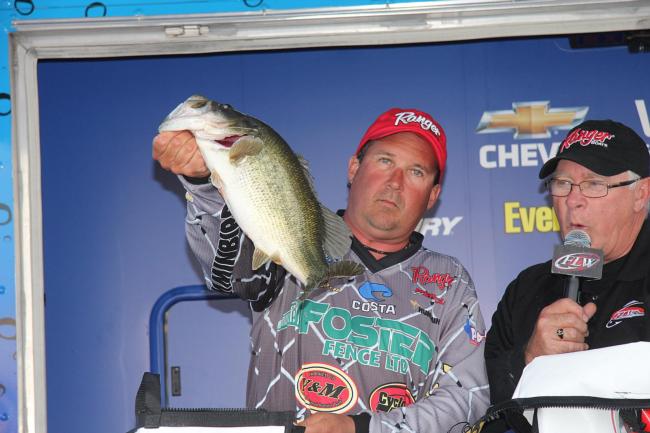 “Since I qualified last fall [through the Rayovac FLW Series], it’s been a long wait. Now it’s been a build-up of excitement.

“Everyone wants to win, but a top-five would be unbelievable. All I know is that having worked the Cup before, I can’t wait to be up on that stage instead of just watching.” 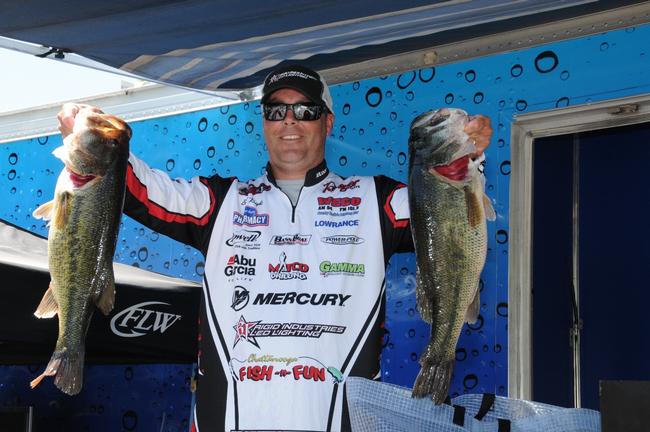 “I’m looking forward to the chance at fishing for $500,000. Winning a Tour event is a career-changer. Winning the Cup is a life-changer.

“There’s a lot less pressure than in other events. I could lie on my front deck wearing swim trunks for two days and still make $10,000. So I can just go fishing.” 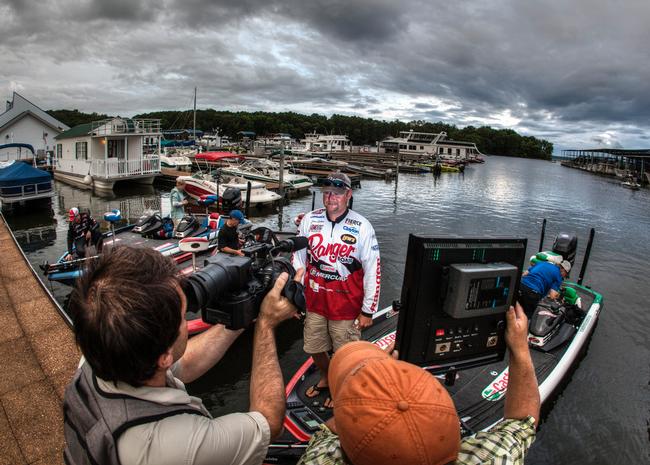 “It’s not every day that you can fish against 44 other guys for $500,000. It’s going to be a neat deal, but it’s just another tournament to me. That’s how I approach every event.

“I’m not just going to be happy to be there. I expect to do well.” 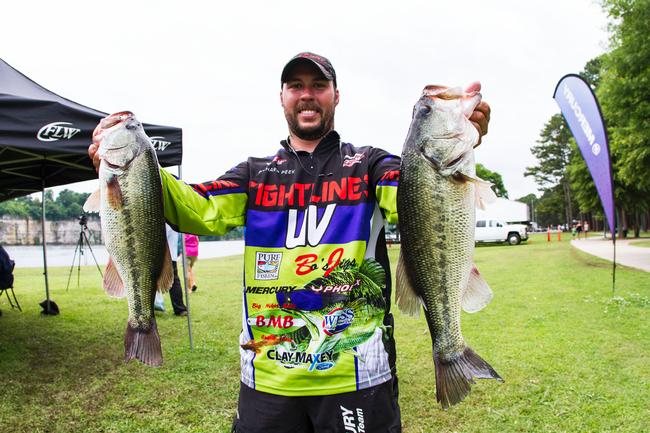 “I didn’t think I would pull off making the Cup. Midway through the season it was looking bleak. So to be there with the big-name guys is going to be an honor. 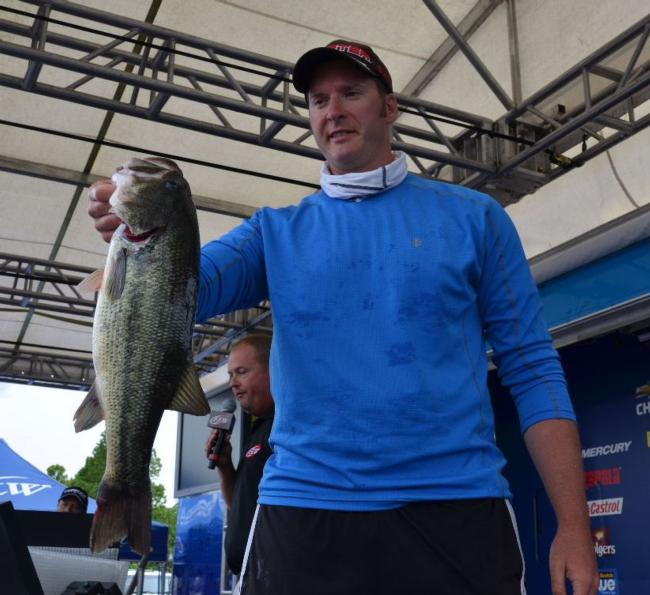 “I’m super-stoked to earn the right to fish against the cream of the crop.

“I’m a little nervous about the lake, but most places we fish are not like what I usually fish. So I’ve gotten to the point where my practices are geared to allow me to adjust.” 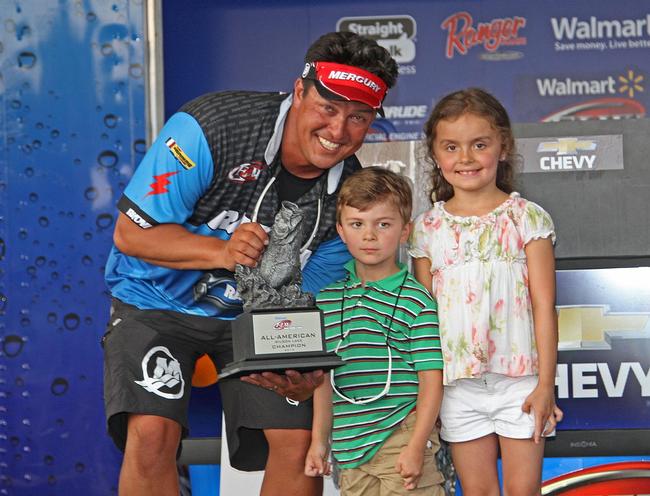 “I’m totally excited, especially to qualify the way I did.

“I know a lot of BFL All-American winners have eventually gone pro, but I’ve always considered myself a regional person. I love my life, so something major would have to happen – like winning the Cup – for me to make a change.” 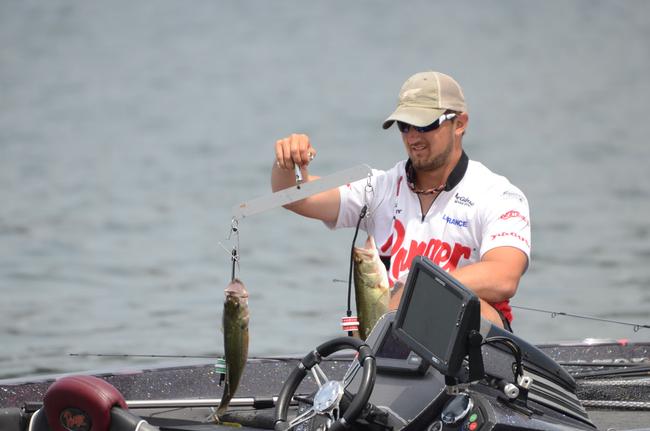 “Making the Cup is exciting since I didn’t make it last year. My boat broke down during the first event last year, and I couldn’t weigh my fish, which cost me making the Cup.

“It feels good going into this tournament just trying to win. I don’t have to worry about getting a check. I’m just focused on the biggest bites I can get. 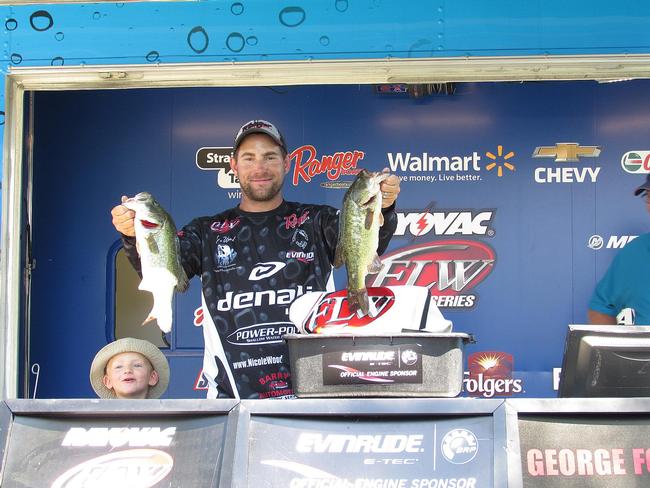 “It’s a dream come true. I never thought it would totally happen, and even when it did I couldn’t believe it. It’s been one unbelievable season.

“I’m going to try like hell to win it. It’s a life-changing, once-in-a-lifetime opportunity.” 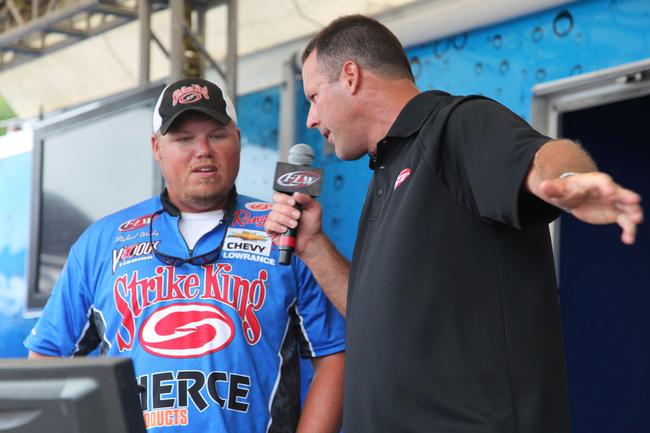 “I finished second in a TBF event in 2009 on Murray, so I’m looking forward to it. There’s obviously extreme competition, but it’s nice to only have 45 guys on the lake.”