The Forrest Wood Cup will Sport a Tennessee Twang 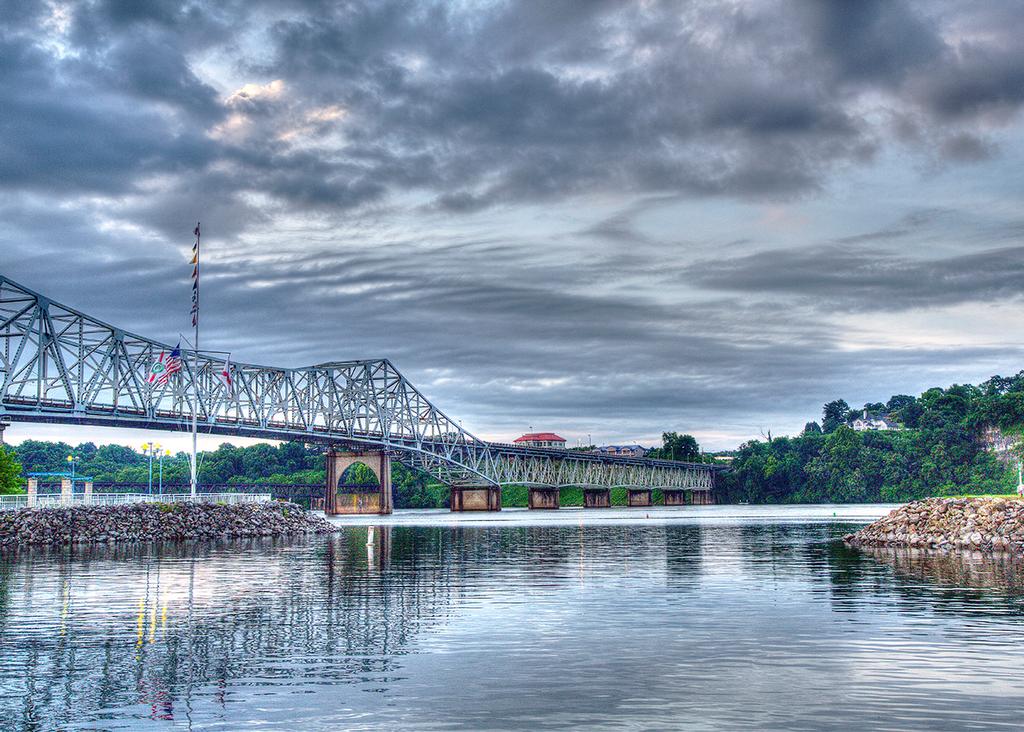 After a night of severe storms and heavy rain, the Florence, Ala., area awoke this morning to a beautiful, mild scene on the shores of the Tennessee River. Photo by D. W. Reed II.
August 11, 2014 • Colin Moore • Uncategorized

What was it about the schedule of the Walmart FLW Tour that favored Tennessee pros in 2014?

The question seems relevant, considering that eight anglers from the Volunteer State won passage to the Forrest Wood Cup next week on Lake Murray. Alabama, that hotbed of bass fishing, is sending five pros to the championship, and Arkansas and Texas will have four each there, but the rest of the field is representative of several states.

So why did fortune favor Tennesseans Andy Morgan, Jason Lambert, Charlie Ingram, Brad Knight, Michael Neal, Wesley Strader and Michael Wooley? Being able to fish a pair of Tennessee River impoundments in the homestretch at Pickwick and Kentucky lakes was a critical factor for some of them – though not all.

Even if an angler’s Tennessee River home lake didn’t appear on the schedule, the impoundments along it – from Fort Loudoun Reservoir to Kentucky Lake – fish similarly, and they set up well for the fishing approaches typical of the chain. Consider that Cup qualifiers Scott Canterbury, Matt Herren, Richard Peek and Barry Wilson honed their skills on the venerated Tennessee River lakes of Alabama.

Likewise, Tennessee pros no doubt feel more comfortable when Tennessee River water is flowing beneath their boats, whether on the eastern or western impoundments. In deference to Morgan, Neal, Strader and Knight, however, that quartet already was fairly well ensconced in the 2014 Forrest Wood Cup by the time the last two tournaments of the season came along. Morgan had claimed the top spot in the Angler of the Year standings by then (he actually pre-qualified last season by winning the 2013 AOY), and never relinquished it. The other three hit their full stride early and never strayed out of the top 25. After climbing to 29th in the standings at Beaver Lake, however, Ingram stumbled badly at Pickwick with a 94th-place showing and fell from 29th to 44th place in AOY. Needing a pick-me-up at Kentucky Lake, the seasoned pro got it with an 18th-place finish that propelled him into the Cup at 31st on the roster.

No secret – Wooley, Lambert and Haynes are deep-water specialists, and they needed help from Pickwick and Kentucky lakes to seal their bids for Forrest Wood Cup invitations. Wooley was 67th after Beaver Lake, and Lambert and Haynes were 63rd and 70th, respectively. But then came Pickwick, and Wooley went to 38th, Lambert rose to 35th and Haynes got closer to qualification by moving into the 48th spot.

In the season-finale on Kentucky Lake, Lambert was runner-up and sealed up the Walmart FLW Tour Rookie of the Year title, Haynes was fourth and Wooley came in 28th. The Tennessee trio locked up Cup bids with AOY placements of 21st for Lambert, 28th for Haynes and 30th for Wooley.

“Pickwick and Kentucky helped give some of us home-field advantage – no doubt. But at this level that’s not necessarily going to be good enough,” says Wooley, of Collierville, Tenn. “Greg Hackney [a Louisiana pro] won at Pickwick, and that guy from Michigan [Skip Johnson] won at Kentucky Lake. Nothing’s a slam dunk when you’re fishing against these guys, no matter where you’re fishing.”

Ironically, it was the first tournament of the Walmart FLW Tour season on Lake Okeechobee that gave Wooley perhaps his most important boost. Granted, it wasn’t unexpected when he finished seventh at Pickwick and 28th at Kentucky Lake, but placing 29th at Okeechobee was a surprise to him.

“I’ve never done any good at Okeechobee before. That was the one tournament I really wasn’t looking forward to,” says Wooley. “Then I went down there for pre-practice and got on a little something. I was in sixth place on the first day and lost my bite, but I managed a good finish. Otherwise, I was 66th at Hartwell and had two 98s at [Sam] Rayburn and Beaver, so Okeechobee was huge for me. I guess it just goes to show that every tournament is important when you’re trying to qualify for the Forrest Wood Cup.”

Check out the map below to see where other Forrest Wood Cup qualifiers hail from: 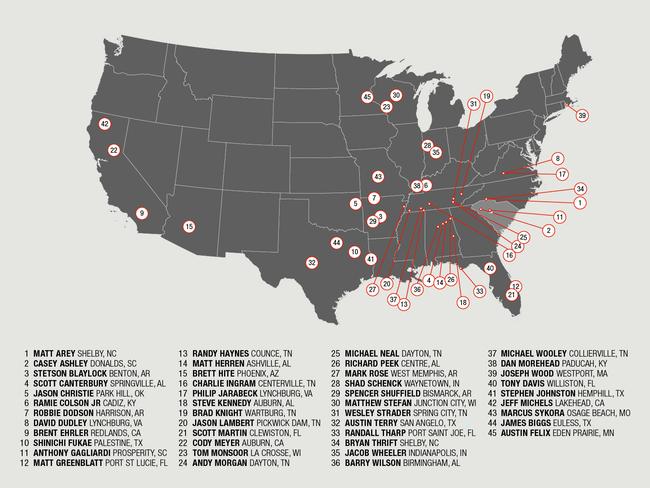