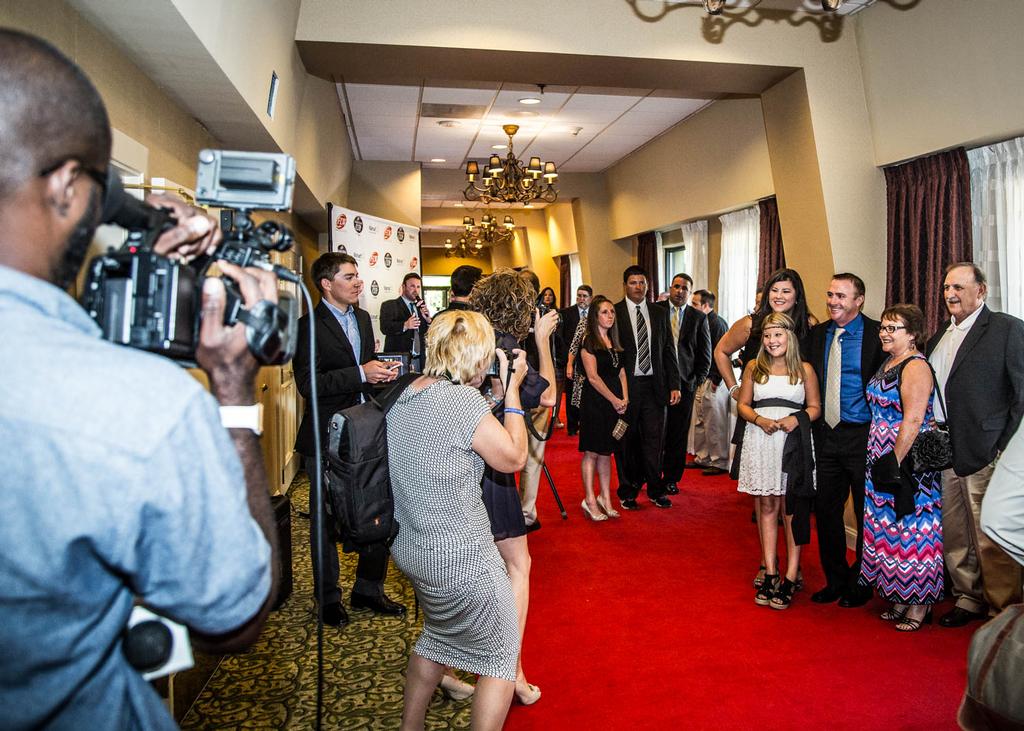 It's not just about the fishing here at the 2014 Forrest Wood Cup.

OK, it is just about the fishing. But there are plenty of cool experiences in store off the water for the 45 pros and 45 co-anglers and their families in Columbia, S.C., this week. It all started with a red carpet welcoming and formal reception on the eve of day one.

So you as fans can sample the excitement, too, we put together this gallery of our favorite red carpet photos. 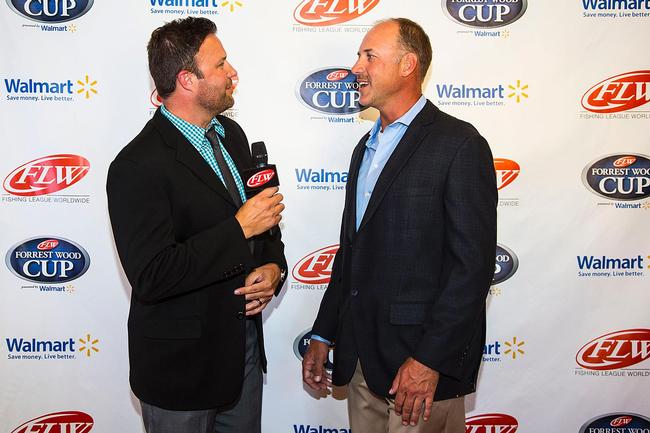 Reigning two-time Walmart FLW Tour Angler of the Year Andy Morgan was the first angler to be greeted by FLW Host Jason Harper for an episode of FLW Live, which streamed on FLWOutdoors.com. You can watch the video here. 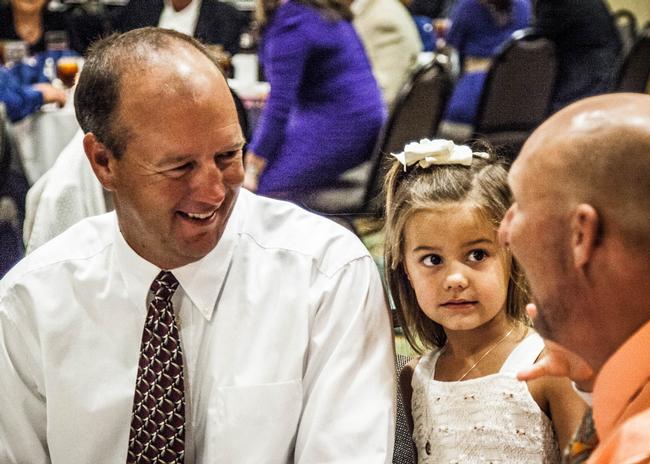 Steve Kennedy and Wesley Strader shared a table with their families. They shared a little dock talk too. 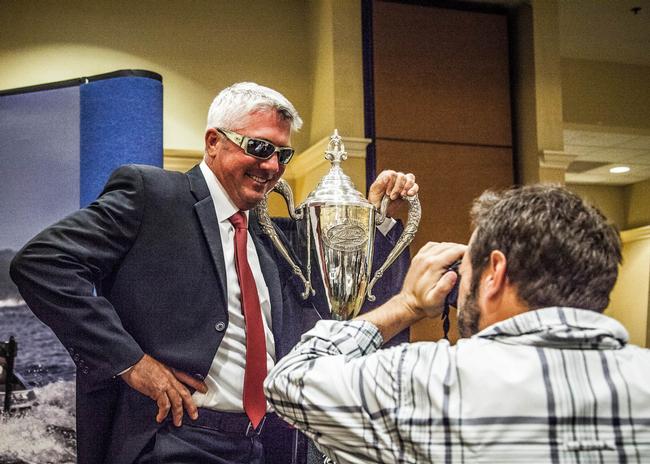 Apparently posing with the Forrest Wood Cup never gets old, even when you have a Cup trophy of your own at home. Reigning champ Randall Tharp poses with the hardware. He hopes to be the first two-time winner in Cup history. 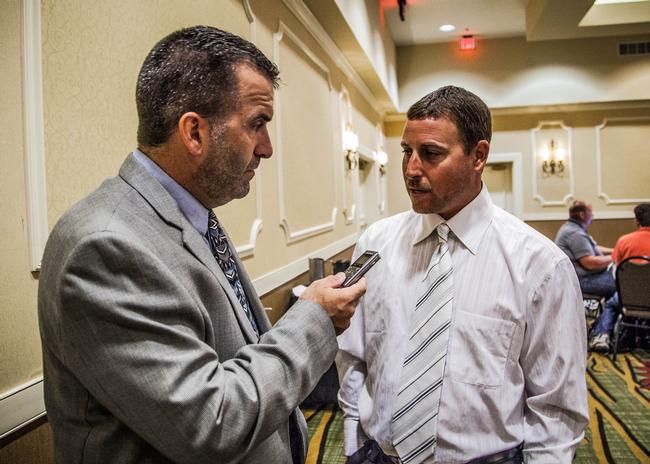 FLW contributor David A. Brown is a mainstay at FLW events and will be reporting on the tournament leader each night. A workaholic, Brown used the red carpet session to squeeze in a quick interview with Bryan Thrift, one of the tournament favorites. 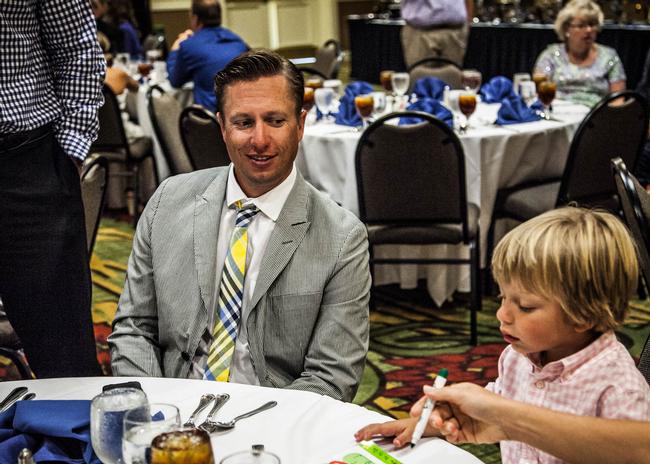 Brent Ehrler usually has his family with him on the road, and this tournament is no exception. He watches as son, Ollie, passes the time until the buffet opens. 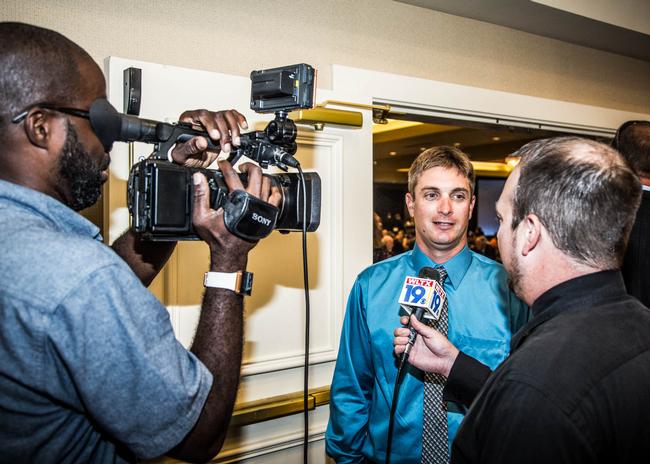 Local favorite Anthony Gagliardi better get used to the spotlight and the cameras. All will be watching, including the local reporters that were on hand at the banquet, as he tries to bring home the title in front of family and friends. 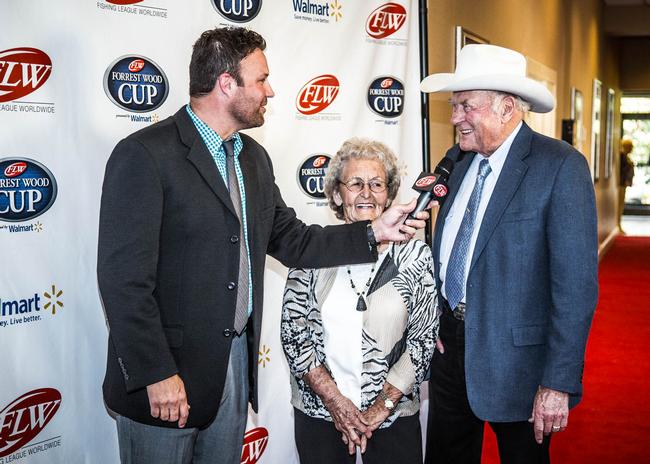 Forrest L. Wood and his wife, Nina, always make an appearance at the tournament that bears the name of the legendary founder of Ranger Boats. 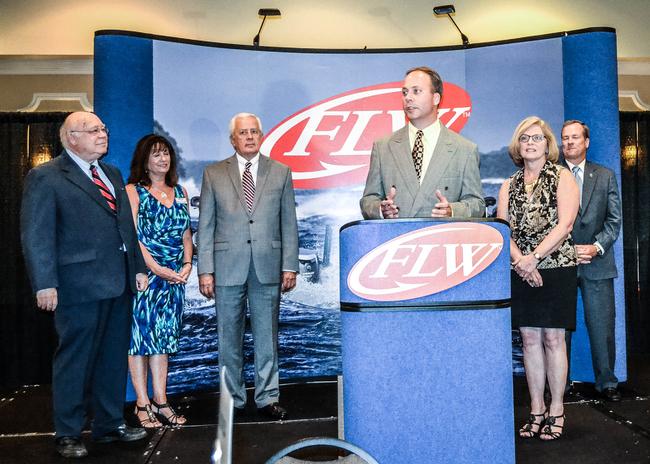 Prior to the start of the banquet, local dignitaries joined FLW Vice President of Operations Dave Washburn, shown here at the podium, to announce that barbecue is now the official picnic food of South Carolina. State Senator Katrina Sealy (to the right of center) made the official announcement. Barbecue will be front and center at the Cup this week, as a Bass & BBQ competition with 35 of the state's best competitive cookers will take place Friday and Saturday at the expo. 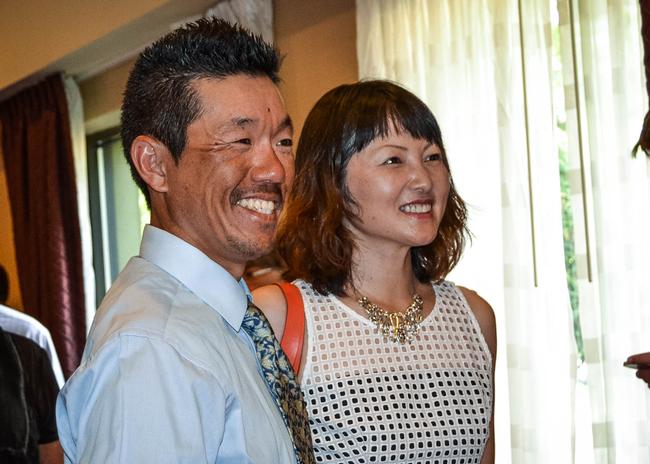 Shin Fukae and his wife, Miyu, have been travel companions throughout Shin's career. They're rarely apart until the competition begins. 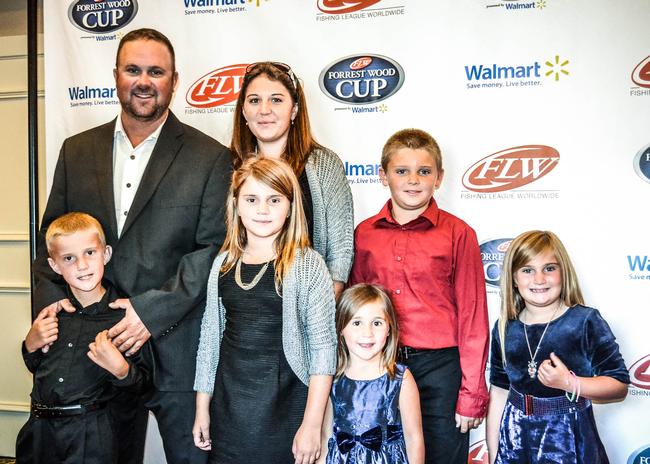 David Dudley brought out his entire family for the Forrest Wood Cup red carpet reception. He's one of the best in the business in tough summertime tournaments, so there's a chance his kids will be joining him on stage for a celebration come Sunday. 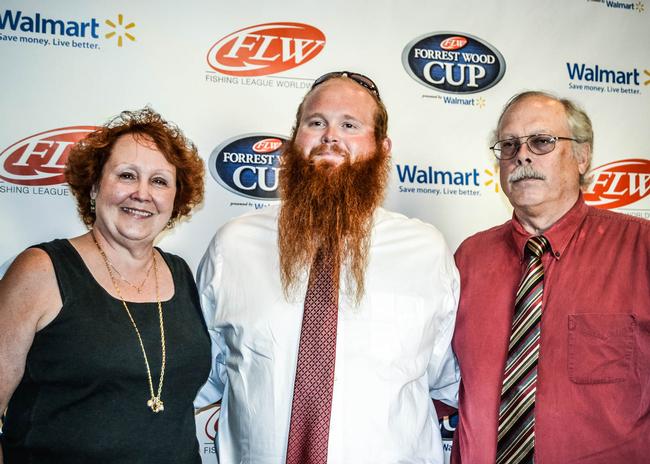 Co-angler Stephen Crawley has a little Duck Dynasty thing going on, but he cleans up nicely, doesn't he? 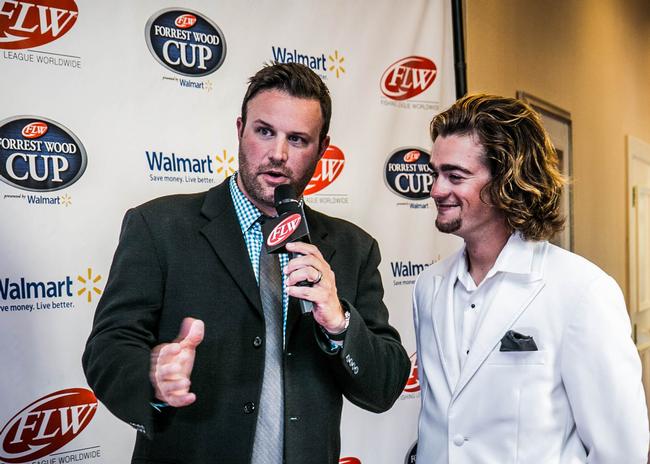 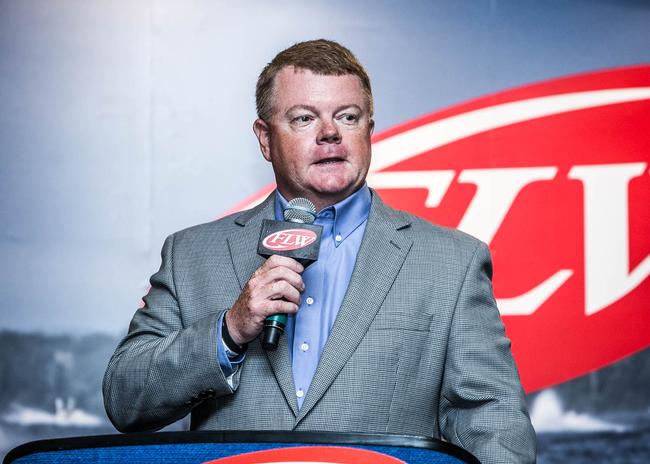 Walmart pro Mark Rose spoke briefly and asked God to bless the meal, the anglers and the tournament. 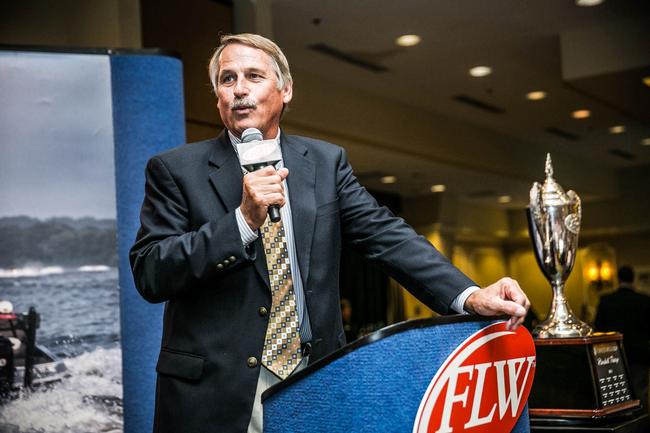 Fishing legend Hank Parker has been a part of the Forrest Wood Cup weigh-in crew for many years. On this night, he gave a speech to the several hundred people in attendance. Parker stressed the importance of recruitment and challenged everyone to introduce a kid to fishing and the outdoors.